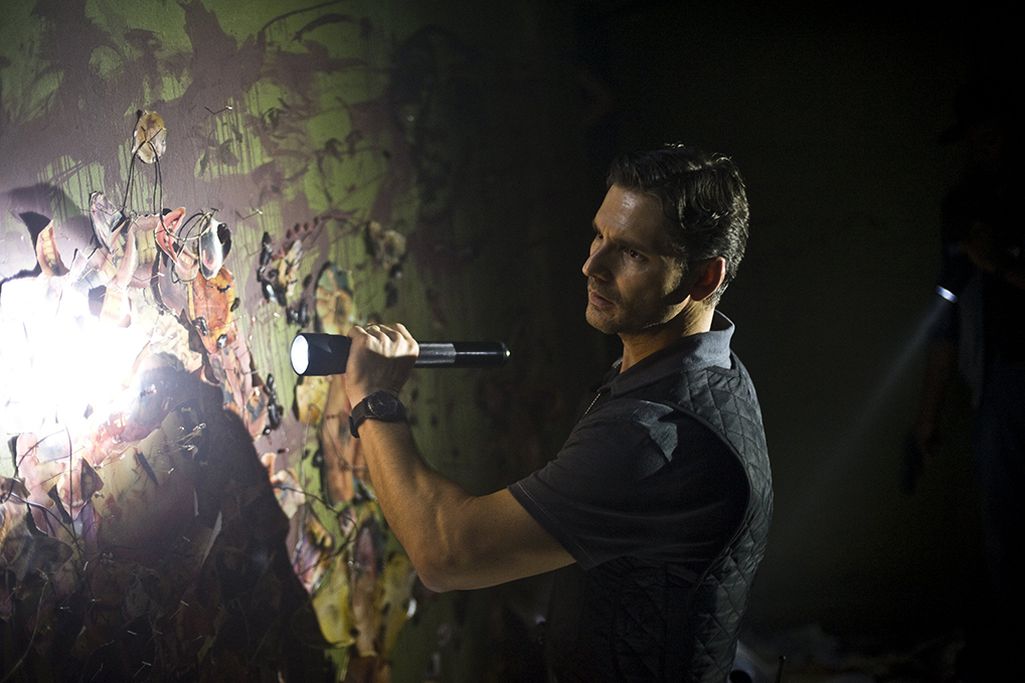 Considering how slapped-together and shoddy some horror movies seem, it’s always a bit remarkable to encounter one that takes itself seriously and aspires to more than just a few cheap scares. That doesn’t make them good, though. Deliver Us From Evil is the latest fright film from director Scott Derrickson, who came onto the scene nine years ago with The Exorcism of Emily Rose, and most recently delivered the underrated Sinister. (In between, he directed the god-awful remake of The Day the Earth Stood Still with Keanu Reeves.) His new film displays a degree of thoughtfulness and almost operatic grandeur that’s occasionally arresting — plus, it looks fantastic. But what does it matter when it’s constructed from such generic raw materials? 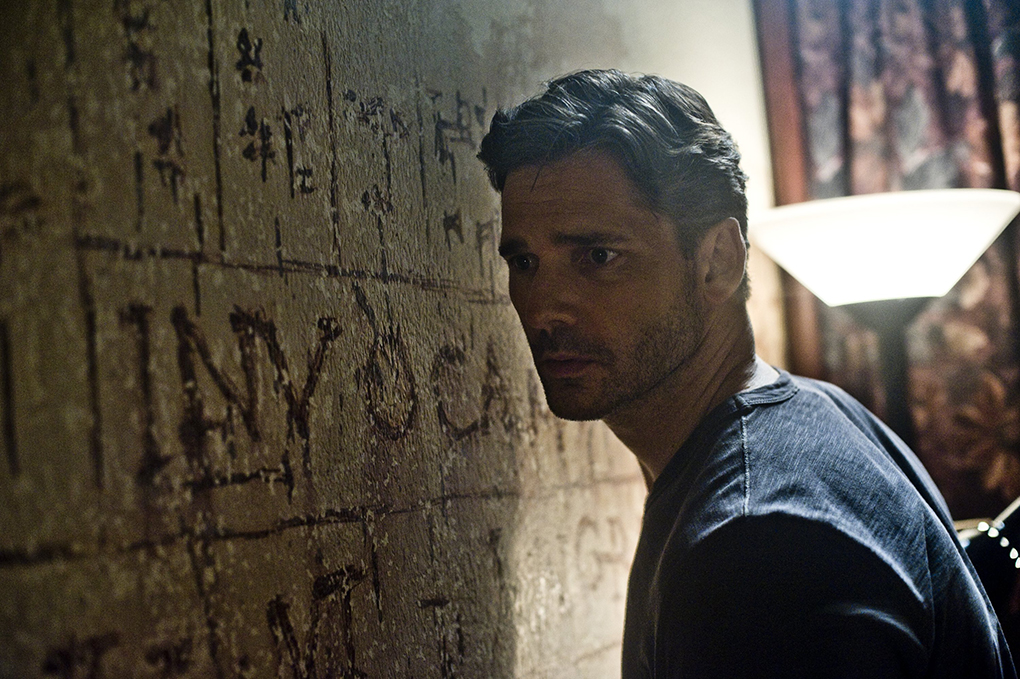 The film is based on Beware the Night, a book co-written by Ralph Sarchie, a former New York City police sergeant and self-described demonologist — although even Sarchie acknowledges that Deliver Us From Evil takes several liberties with his first-person experiences with the paranormal. Eric Bana plays the gruff Sarchie, who has a strange sixth sense for sniffing out violent crimes as they’re happening. That talent becomes a liability, though, once he begins investigating a series of random occurrences that may be connected, including a deranged woman (Olivia Horton) who tries to kill her child at the zoo and an ex-soldier (Sean Harris, Prometheus) who murders his partner in a house-painting business.

As the title suggests, however, Deliver Us From Evil has more on its mind than creepy behavior. Sarchie is a lapsed Catholic, which means that, just like every other movie character who once was religious but has since renounced God, he will have to confront his loss of faith in the most on-the-nose way possible. To expedite this personal transformation, the film has helpfully supplied Sarchie with an opposing force in the form of Joe Mendoza (Edgar Ramírez), a recovering heroin addict who found Jesus, got clean, and is now a priest specializing in the demonically possessed. Despite Sarchie’s protestations, Mendoza is convinced that these crimes are the work of an evil spirit, a theory that becomes more plausible once the policeman starts being plagued by upsetting, gruesome visions of ghouls. 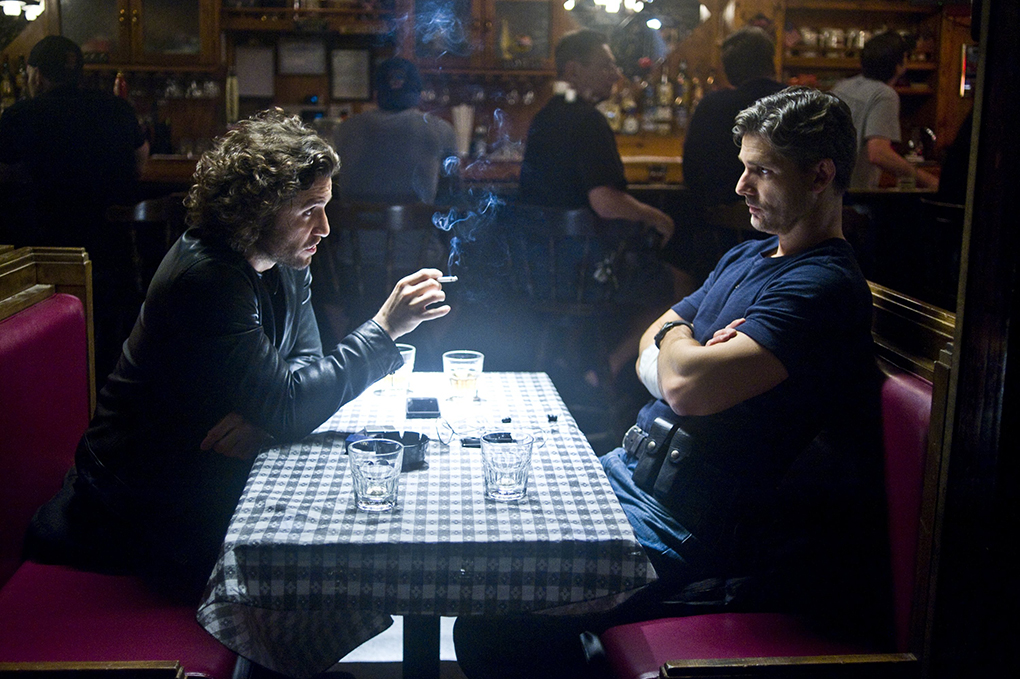 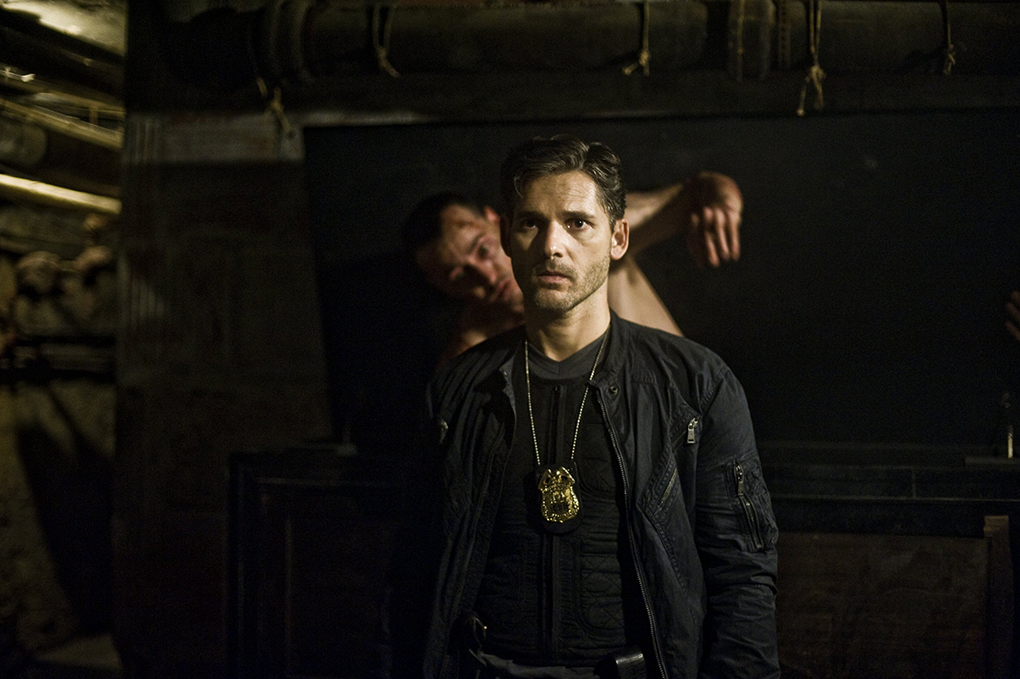 The cast does its best to elevate the material 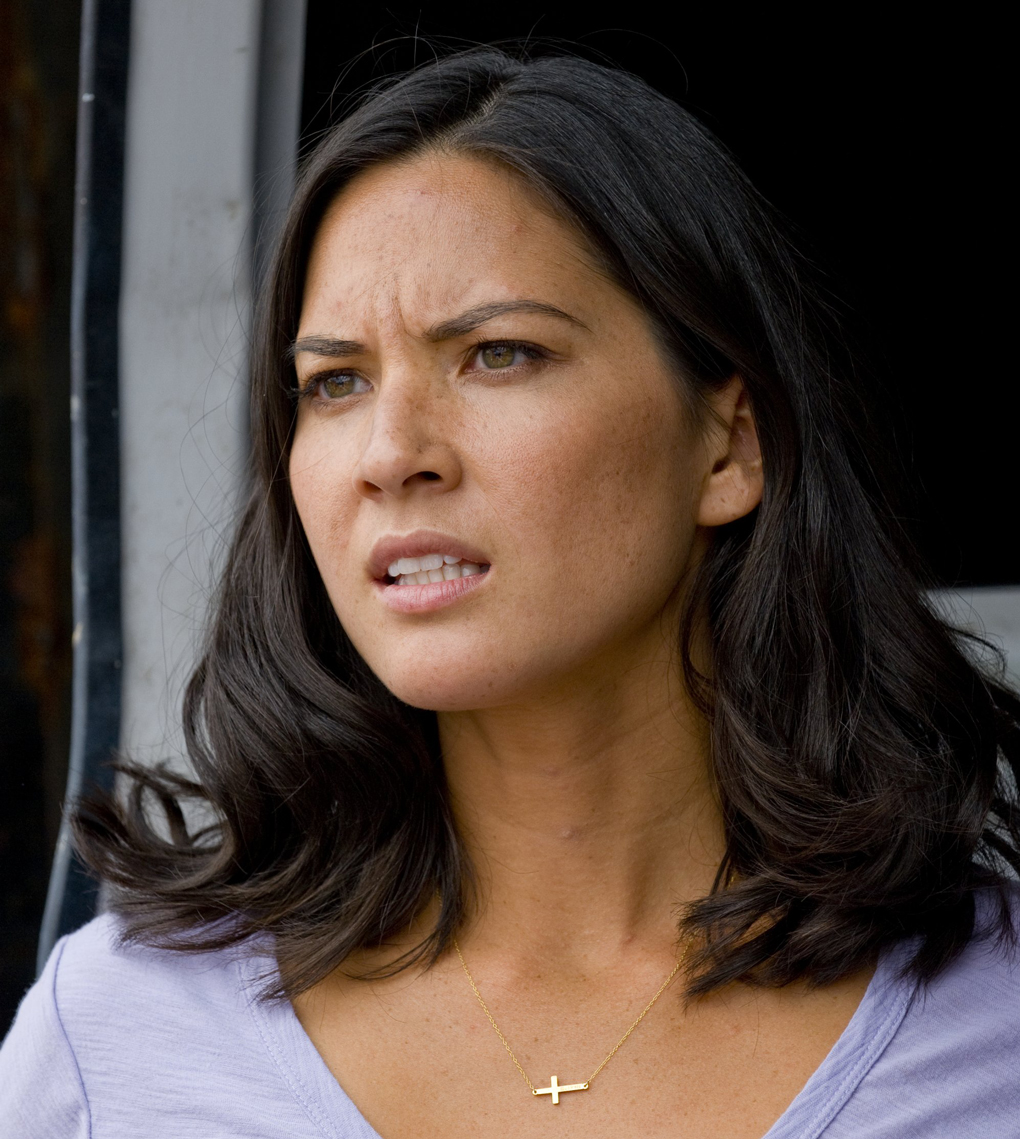 Beyond its perfectly calibrated tone of slow, steady dread, Sinister was superb because, at heart, it was a smart character study about how one arrogant writer (Ethan Hawke) destroys himself and his family through his own hubris. The horror wasn’t just frightening but also emotional and grimly poetic, the cathartic shocks tied to Hawke’s chronic failings and gradual comeuppance. Deliver Us From Evil, which like Sinister was co-written by Derrickson, aims for the same sort of human-scale drama, observing as two very different men work together both to solve a mystery and to grapple with fundamental questions about faith and evil. This movie has plenty of routine scares — cats and dogs are always conveniently hiding in dark corners to jump out at inopportune moments — but they’re buttressed by somber discussions about whether there’s a God and, if there is, why so much wickedness happens in the world.

This sort of glum-faced pondering could be tedious if it wasn’t for the quality of Derrickson’s cast. The older Bana gets, the more his rugged good looks age into a weary, weathered resignation that adds extra soulfulness to his dark eyes. His Bronx accent wavers, but he has no problem conveying Sarchie’s haunted spirit. In the far more thankless role of The Concerned But Frustrated Wife, Olivia Munn does a good job of Being Supportive of her overworked husband, and then Being Terrified when this mysterious evil visits their home. But Sarchie’s true soul mate is Mendoza, and Ramírez ennobles what could be a painfully clichéd part. Playing a wild-man priest opens the door for all types of scene-chewing, but Ramírez is admirably restrained, actually going through the trouble of investing Mendoza with real pathos and externalizing his inner struggle. The film’s finale calls for one of those blowout exorcism scenes that have become popular again in horror, but Ramírez lends the sequence gravitas, responding to the moment with a performance that’s gargantuan without being campy. 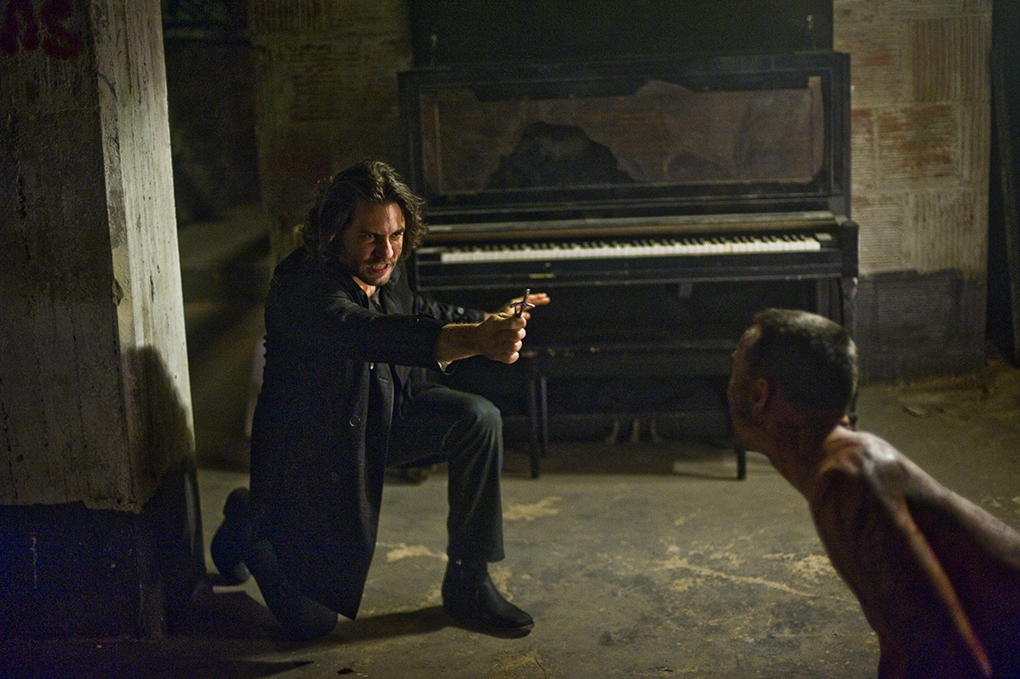 But with that said, Deliver Us From Evil’s stab at depth only goes so far. Bana has always had a striking physicality on screen, but his reserved style can render his characters inert rather than anguished. That’s a huge problem for a film that wants Sarchie’s tough-guy terseness to suggest oceans of torment underneath. And with movies about demonic possession, there are only so many paths for the story to follow — and unfortunately, Deliver Us From Evil does tread familiar terrain. (What’s worse, Derrickson apparently didn’t get the memo that putting kids in danger or utilizing childhood nursery rhymes to create shivers is really tacky if it’s done perfunctorily.)

What Deliver Us From Evil does have going for it is a sophisticated, gorgeous vision of a world draped in darkness and depravity. Cinematographer Scott Kevan and production designer Bob Shaw imaginatively turn routine horror movie locations — psychiatric wards, old basements — into evocative cathedrals of shadows. Derrickson has always been better at creating mood than in terrifying audiences, and Deliver Us From Evil has plenty of niggling unease. Even when we aren’t enraptured by what’s happening, there are some pleasures to be had from immersing in the film’s slithering anxiety. But it never scares up much originality.

Deliver Us From Evil is now playing. All images courtesy of Screen Gems.