Sometimes computer-generated scenes can look so real that it's hard to believe a computer played any role in creating them. Gilvan Isbiro regularly manages to reach that level of photorealism with his work, and Davis Street ranks as one of his best. With a quick glance, most people might assume the above image is just your average tourist photo of San Francisco. But in reality, it took a week's worth of careful design work and rendering to arrive at the final shot. Only when you zoom in close does it become clear that you're not seeing something that came straight off a camera. But it's also here where you can appreciate Isbiro's meticulous attention to detail and the street textures, lighting effects, and modeling that combine to make Davis Street feel so real.

If you're curious about how something like this comes together, the artist published a "making of" last year that offers a look at the process. More recently, Isbiro gave New York City a similar treatment, but not all of his work is so serious — as evidenced by the chaotic octopus attack depicted below. 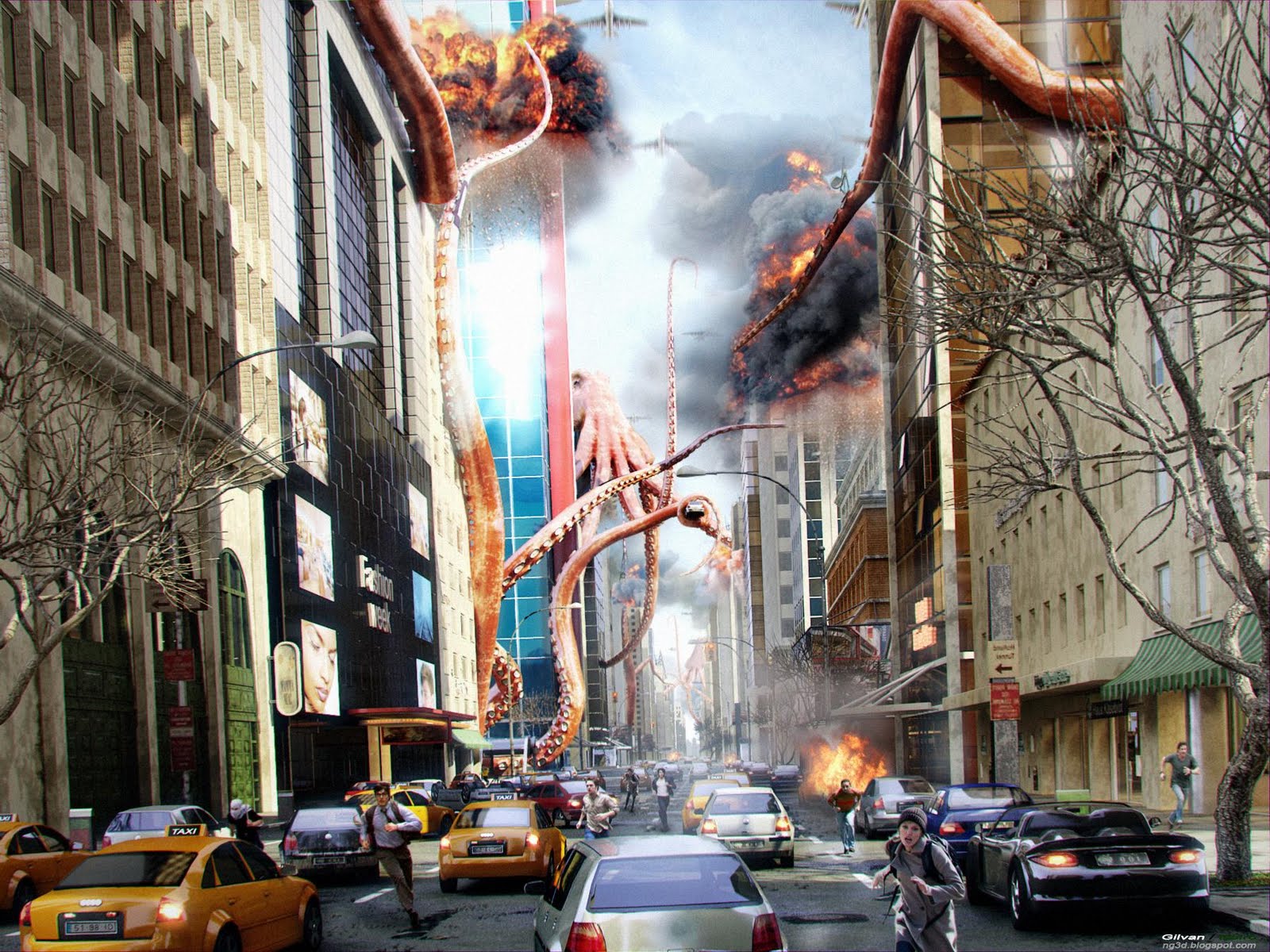