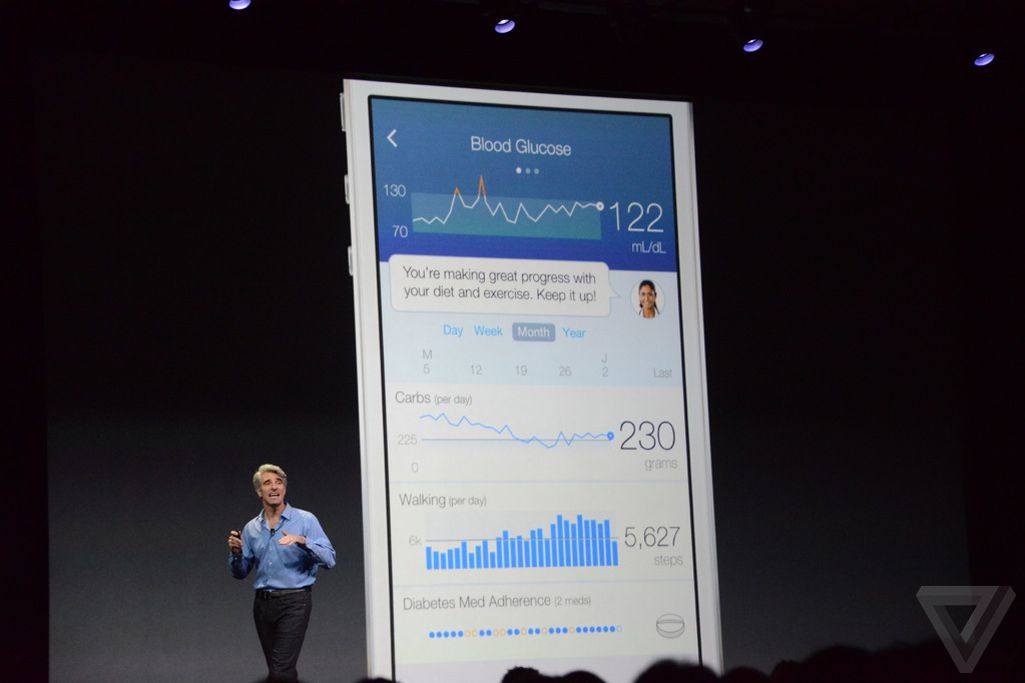 Mike Dittenber had always wanted to go skydiving. There was only one problem: “At my heaviest I clocked in around 330 pounds,” says Dittenber, a technical writer from Michigan. “That’s above the weight restriction for a tandem jump.” During a doctor’s visit last spring, he got some more bad news. “I had delayed getting a physical for a while, but eventually I had to. Turned out I was borderline diabetic and right on the cusp of hypertension.” His doctor warned him that if he didn’t get his weight under control quickly he would need to begin taking medication. “It was a wake-up call.”

Dittenber had previously tried Weight Watchers, which worked for a time, but didn’t last for long. This time he decided to take matters into his own hands with MyFitnessPal, a mobile app that helps users track their calorie intake and exercise. The app became a gateway to a universe of digital health products. “I ended up buying a Fitbit, because that pairs with MyFitnessPal,” he says. “Turns out I don’t hate running. I don’t love it, but I can take it.” He added the Runkeeper app to log his distance and purchased a Garmin Forerunner 220 to help him maintain the right pace. Since he began using the tracking his health data in June of 2013, Dittenber has lost 110 pounds.

Using a smartphone as the central hub for tracking, analyzing, and motivating exercise has become a phenomenon. MyFitnessPal, which now claims over 65 million registered users, is one of the most popular digital health apps. But its success is part of a much broader trend. Venture funding for startups in the sector reaching $2.3 billion in the first half of 2014, more than was invested in all of 2013. More importantly, three of the biggest players in tech — Apple, Google, and Samsung — have all thrown their weight behind platform plays aiming to aggregate and simplify the universe of devices and apps available to consumers.

“We could be at a real tipping point,” says Harry Wang, an analyst who leads health and mobile research for Parks Associates. “Fitness devices and apps have been a fast-growing but still relatively niche market. These new ecosystems, if they gain traction, could finally push the industry into the mainstream.” Success isn’t guaranteed, but Wang says it makes sense for the fragmented digital health industry to rally behind powerful companies. Apple's Healthkit and Google Fit can help reach a broader audience and forge partnerships with the traditional health care industry that would be hard for startups to accomplish alone. “It would be a transformation, with a lot of big winners, and losers as well.” 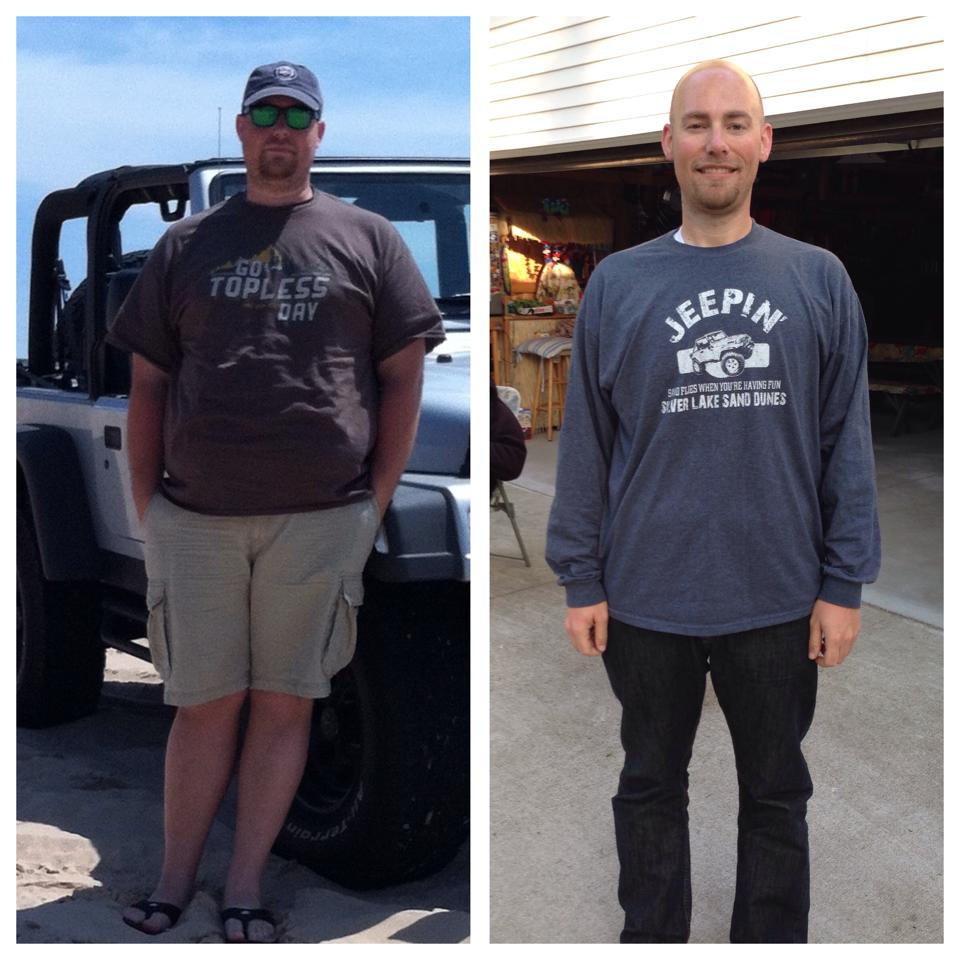 Mike Dittenber, before and after using MyFitnessPal.

Hardware gets the squeeze

For many years the digital health industry has been driven by wearable devices like the Fitbit, Nike’s Fuelband, and Jawbone’s Up. But if the titans of the smartphone industry succeed in creating a dominant platform for health and fitness data, this business could be in trouble. "A lot of the basic functions we have seen in fitness wearables — tracking your steps, taking your heart rate — those functions will become basic features on a smartphone or smartwatch," says Wang. 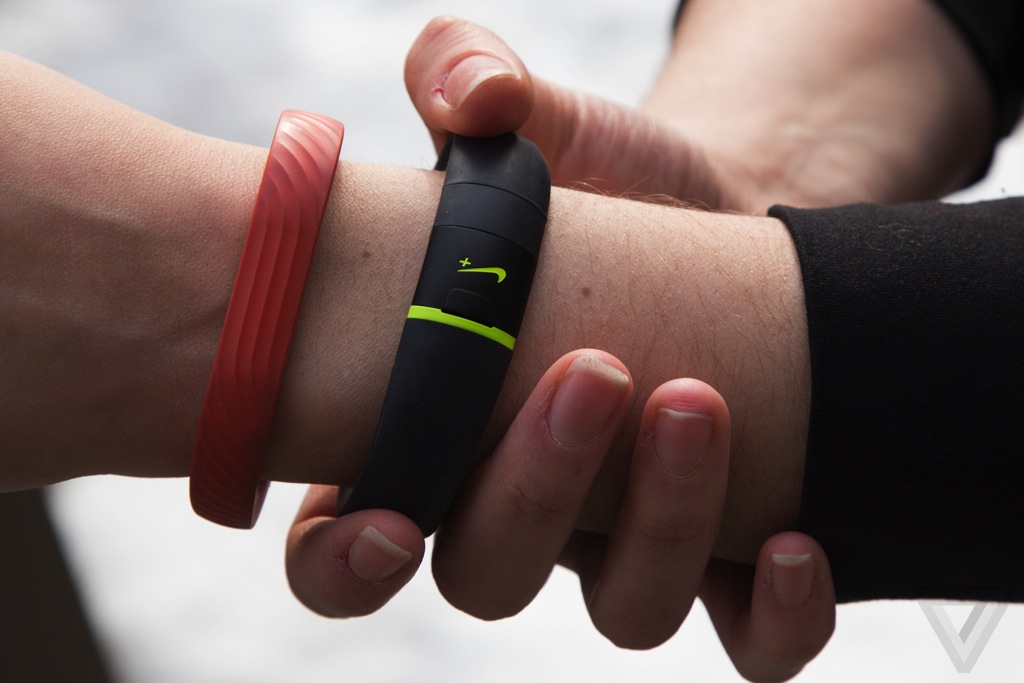 Nike has bowed out of the fitness hardware game

Nike, perhaps seeing the writing on the wall, has reportedly decided to stop producing hardware and focus on the software side of its fitness ecosystem. Lark, a startup that produced a fitness bracelet, decided to kill its hardware and focus on an app that integrates directly in Samsung’s new S Health platform. "We’ve realized that, in essence, the new smartphone with low-power sensors is the ultimate wearable," said Lark CEO Julie Hu.

"If I was making a fitness device that relied on little more than an accelerometer, I would be terrified right now," says Leonard MacEachern, a professor of electronic engineering who is creating his own fitness wearable, the Leo, which uses electromyography to analyze the activity of muscle fibers. Unless you have tech that goes beyond what Apple or Google can offer in a smartphone, says MacEachern, "you’ll be eaten alive."

"The state of the industry in 2012 and 2013 was these one-off wearable devices with data in silos," says Julie Ask, an analyst with Forrester who tracks the digital health industry. "That is changing rapidly." Just like Apple and Google, fitness-gadget manufacturers are trying to create their own ecosystems: both Jawbone and Fitbit have APIs to share data with dozens of different apps. Ask sees this as smart strategy, but believes dedicated fitness wearables will remain a niche product. "Platform plays at the level of the smartphone operating system are just simpler and more seamless."

Apps like MyFitnessPal are producing huge amounts of data every day. Click through the chart below to see the top 20 items its users list for each meal.

While some big hardware players may get squeezed by the rise of mainstream smartphone platforms for digital health, app developers stand to make huge gains. "Devices like Fitbit and Jawbone have been essential to driving the industry forward, but they never got above 2 or 3 percent penetration with the general population," says Malay Gandhi, a managing partner at the venture capital firm Rock Health. "With smartphones as the central device powering this ecosystem, software companies will suddenly have access to tens of millions of new customers."

Gandhi believes this change will broaden the demographics in the digital health market. "Right now most of the people using this stuff are early adopter types, techies who are into the quantified lifestyle, or younger people who want to optimize their athletic performance." With just your smartphone as the baseline, he sees a chance to get older and less tech savvy people involved. "Your average consumer isn’t going to learn about pairing a wristband or managing a dozen different apps. But he or she might use the software that comes standard on their iPhone."

For fitness apps, fostering community will be key

If the default platform for your fitness and health data becomes the smartphone that most everyone carries in their pocket, which apps will emerge as the big winners? "I think by and large what we find is that the services which perform best are the ones that create an engaged community," says Forrester’s Julie Ask. On Strava, for instance, users participate in a sort of King of the Hill game, trying to achieve the best times over a certain distance or on a certain route. "People get really obsessed with the competition. People have nearly died! But it also creates a really active group of users that keep each other coming back to the app again and again," says Ask.

For the app developers, Apple and Google hold the promise of a world where dozens of fitness apps talk to one another, offering a much more complete data set on their customers. "We’re trying to help you change your lifestyle and improve your health," says Mike Lee, the founder and CEO of MyFitnessPal. "The more data there is for us, the better picture we can get of people’s health, the more we can really improve on their nutrition." As it looks to fine-tune its personalized recommendations, the biggest change for MyFitnessPal would be not just having access to consumers recents runs or sleep data, but the entirety of their medical records as well.

An Apple a day

Back in 2008, Google launched Google Health, a project to help users unify and easily access the medical data stored about them in different places by different providers. Unfortunately the project didn’t catch on and Google shut Health down in January of 2013. Its new project, Google Fit, doesn’t try to integrate with the world of physicians and hospitals. "I think Larry and Sergey are wary of trying to crack this heavily regulated industry again," says Rock Health’s Gandhi. "Google’s play this time is focused on exercise and nutrition, it’s less ambitious."

Apple, by contrast, is ready to try its hand at the notoriously difficult challenge of collaborating with doctors and health care providers, and it has enlisted a powerful ally. At WWDC Apple announced its partnership with Epic, which now manages over 51 percent of the patient records in the United States. With a single deal Apple could begin absorbing health data on more than half of US patients. Their doctors, in turn, could begin to see what’s happening with their patients in between visits. "Many physicians would welcome the ability to click on a tab in Epic and be presented with a nice graph showing a patient’s blood pressure trends since their prior visit." writes Iltifat Husain, editor of iMedicalApps. "Currently, this data is haphazardly recorded by patients, and likewise, haphazardly interpreted by physicians to make key titrations in medication dosing." 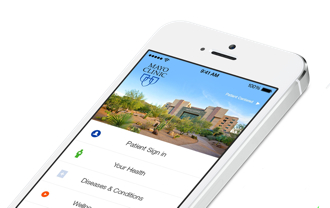 The downside for doctors would be opening themselves up to potentially enormous amounts of data they would have to sift through and access for accuracy. "Validity and volume are the big challenges for physicians," says Gandhi. "They will wonder, ‘Do I really want to have all this information in my charts? Can I trust it? Will I get sued if it’s wrong, or if I miss something?" When it comes to winning the health care industry's trust, big names like Apple, Google, and Samsung have a leg up over startups, although it’s still an uphill battle.

Despite these potential pitfalls, Gandhi says he believes most doctors and hospitals will begin to utilize the wealth of data being collected by apps and mobile devices, in large part because the recent health care reforms incentivize it. "Medical providers stand to gain, financially, if their patients get sick less and visit less often. Key to accomplishing that is understanding what is going on with the patient in between visits." 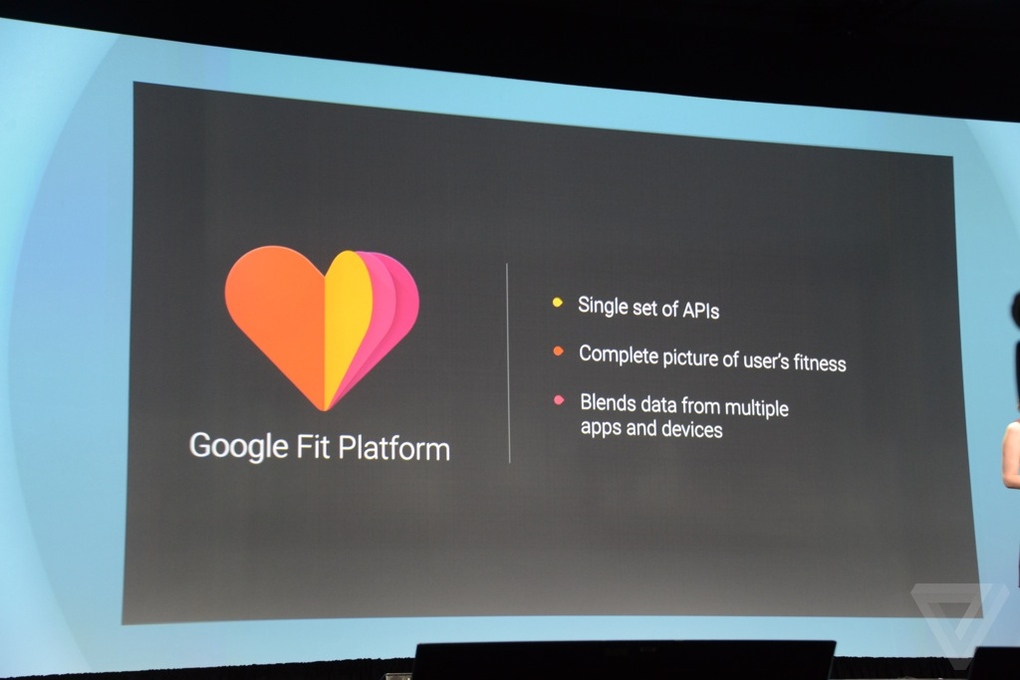 Earlier this month, Mike Dittenber traveled up to Traverse City, Michigan, where he boarded a small airplane and prepared for his first skydive. As it rose up above the clouds, he could feel his heart pumping. "When we jumped, we were above the cloud cover, so we kind of fell through that, and then emerged over the bay below." His partner opened the chute and they floated down to safety. "It was awesome."

Dittenber says in the year he’s been using MyFitnessPal several friends and family members have joined, hoping to follow his lead. "We swap recipes and send each other positive messages. The social aspect of the app is really useful for keeping yourself on track." He is excited for a world in which every smartphone user is able to easily tap into data about their health and fitness and share that information with their doctor. "When you can really know what you’re putting into your body, how much you’re exercising, not just taking a rough guess, it gives you a sense of control."

For investors in digital health, like Rock Health’s Gandhi, Dittenber’s experience is a signal that massive changes, and potential fortunes, are on the horizon. "Until we had a phone in everybody’s pocket with GPS, we didn’t know we needed Uber, or how big a business that could be," he says. "Once most people are walking around with a device that tracks their heart rate and daily exercise, as we begin to ingest all that data, chances are we’re going to come up with some incredible new opportunities that nobody has even imagined yet."