Amazon likely has one or more of your credit cards already on file, so it only makes sense that one day the retail giant will make an app that lets you use digital versions of those cards wherever you'd like. Today isn't that day, but Amazon is launching a wallet app, albeit a very basic one. As spotted by TechCrunch, Amazon Wallet has quietly launched in beta in the Amazon Appstore and the Google Play Store. For now, it allows users to store and use their loyalty cards and gift cards, and to check what the balance is on gift cards from many large retail stores and restaurant chains.

That makes Amazon Wallet surprisingly basic, but perhaps that shouldn't be a surprise. For one, the app is coming preinstalled on the Fire Phone — which is just days away from its release — and this could just be a basic effort from Amazon to expand the phone's functionality (think Apple's Passport more than Google Wallet). And beyond that, even a behemoth like Google hasn't been able to make mobile payments catch on. Amazon may have a head start since so many people are already used to shopping with it, but the lack of necessary infrastructure and widespread knowledge to support payments are part of a hurdle that's continued to hold them back at large 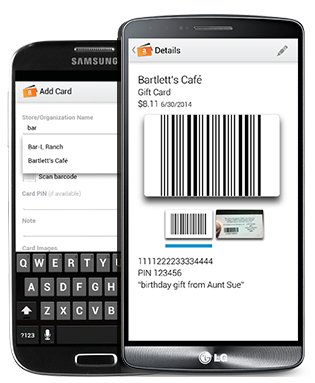