Bob Eschino’s Denver-based company, Medically Correct, makes a line of tasty looking white- and dark-chocolate bars called Incredibles that come in flavors like cookie crumble and toffee. Each Hershey’s-size bar contains 100 milligrams of hash oil, which, if you ate the entire thing, would be equal to smoking about 10 joints. This is the last thing Eschino would recommend.

"The ultimate goal for recreational cannabis is to have a good time," says Eschino. "We don’t want to see people over-consuming and not having a good time."

Eating the whole thing would be equal to smoking 10 joints

Lately, the state’s edibles makers have not been having a good time. Since pot went legal in Colorado last December, two deaths have been linked to an over-consumption of marijuana confections, and a raft of bad press has shone a spotlight on the surprisingly powerful punch such treats pack for the novice user.

The issue isn’t that the pot goodies themselves can kill, but rather, as the recent, infamous New York Times op-ed by Maureen Dowd illustrates, they can make you scarily high: "I lay curled up in a hallucinatory state for the next eight hours." These types of stories, coupled with reports of children accidentally eating pot treats and being rushed to Colorado emergency rooms, have sounded alarm bells in the industry. Regulators in Colorado and Washington are requiring new, stricter packaging requirements for edibles. And producers like Eschino are proactively banding together to start public education campaigns to get people to consume more responsibly. 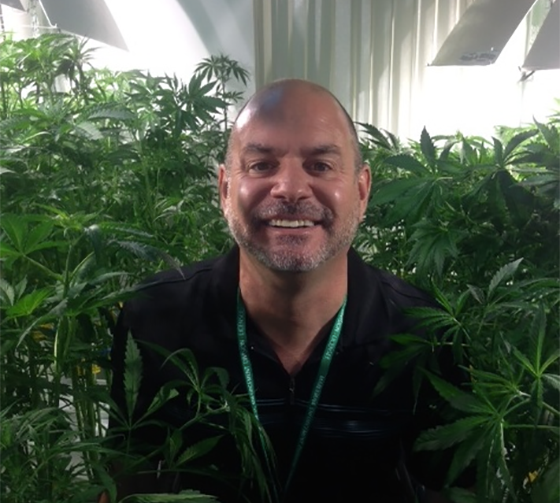 As more states tilt toward legalization, these efforts are crucial to the survival of the marijuana-edibles industry. If they succeed, these treats will be perceived like a bottle of fine scotch that gets locked away in the liquor cabinet and sipped — not guzzled — by responsible adults. If they fail, THC-infused treats run the risk of joining the original Cocaine-infused Coca-Cola as a surreal artifact of American history.

It could even jeopardize marijuana legislation in other states. Alex Kreit, a San Diego-based lawyer who studies drug policy, says he thinks some in the industry may be underestimating the potential for the edibles controversy to turn into a backlash against legalization.

"The reality is people are not going to have a lot of confidence … if they hear all these horror stories that you eat one gummy bear and you go crazy," says Kreit.

Pot, pot everywhere, and not a place to smoke

Although numbers are hard to nail down, some estimate the edibles market in Colorado is as big as 20 percent. (Washington has not yet begun to sell edibles.) Historically, cannabis-infused candies and cookies have been viewed by medical marijuana patients as a healthier alternative to smoking, with longer lasting effects that some believe is a more effective treatment for chronic pain. But the reasons for their popularity in Colorado’s recreational cannabis market may be very different.

Ean Seeb, a Denver-based cannabis industry consultant and retailer, notes that the state’s Clean Air Act makes smoking in public places and in hotels virtually impossible, and many people, particularly tourists and newbies, don’t own vaporizers. Eating pot, on the other hand, is a discreet, easy, and seemingly less-intimidating option that doesn’t require smoking equipment and can be done anywhere.

But while edibles may be more attractive to first timers for these reasons, they’re deceptively dangerous. This became clear last April, when a visiting Wyoming college student consumed six times the recommended dose of pot cookies and jumped to his death from the balcony of a Denver Holiday Inn. That same month, a Denver man fatally shot his wife while she was on the phone with 911 reporting that he was hallucinating after mixing pain killers and pot candy.

Colorado regulators responded by requiring all edibles to be tested for potency by state-certified labs, and also capped the THC content per package at 100 milligrams, or 10 servings. But then came the Maureen Dowd story, which went viral last month, and the drumbeat for further regulation. One of the refrains heard among proponents of stricter regulation is that it’s not realistic to expect Americans to limit their portion size of yummy treats, even if said treat is ultra-dosed.

"People typically sit down and eat cookies, not a cookie, and that type of eating habit is somewhat ingrained in us," says Leslie Bocskor, a Nevada-based cannabis business consultant. 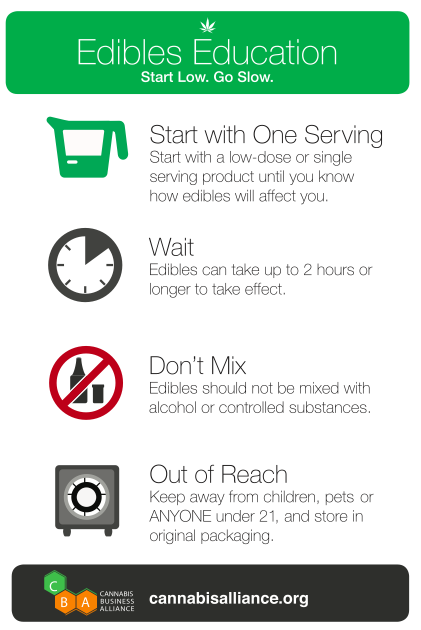 Currently, Colorado’s Department of Revenue is finalizing new rules that will most likely require edible makers to score products into individual-sized 10-milligram serving pieces, similar to a Hershey’s bar, and stamp the words "10 mg" directly onto each piece. For products such as cookies, where it would be virtually impossible to do this, the edibles will have to be sold in individual 10-milligram serving-sized packages, with incentives given to producers who decide to sell only one serving at a time.

The rules are expected to be finalized and go into effect sometime in August, with producers given a three- to six-month grace period to bring their packaging into compliance. Washington State delayed its edible sales in response to the controversies in Colorado, and has adopted emergency rules similar to what Colorado is proposing. But it went even further, banning the sale of candy that might appeal to children, while still allowing baked goods like cookies and brownies.

Although some producers in Colorado are complaining about the expense that the new packaging rules will incur, others are supportive. THC-infused beverage company Dixie Elixirs, recently proactively launched a single-serving-sized watermelon flavored soda called "Dixie One." (Its other sodas contain between four and eight servings in a bottle the equivalent size of half a Snapple drink.) Julie Dooley, owner of granola-maker Julie & Kate, says she sees the value of parceling out her product into smaller serving sizes within a box.

"Someone who has never had cannabis before, or consumed it, would have to open up five separate packets and think about: 'Should I eat more?'" says Dooley. "I think that helps people with the message of 'Start low, go slow.'"

"Eschino, along with other Colorado edible makers, will adjust his company's packaging to adhere to the new rules. But he says he believes that education, not packaging, is more key to curbing the problem of naïve overindulgence. The Cannabis Business Alliance, an advocacy group of which he’s a member, is putting the finishing touches on a brightly illustrated poster that spells out things like recommended serving sizes (they suggest 1 to 5 milligrams for a new consumer), the fact that you must wait for it to kick in, and the idea that you should lock your treat away from children, all illustrated with ramen package-style icons. The hope is that marijuana retailers will prominently display the poster near the point of sale. Similarly, the new Denver-based Council on Responsible Cannabis Regulation is launching a postering and education campaign around the slogan "First Time 5," which refers to the idea of eating only 5 milligrams of THC your first time. The organization is also encouraging "budtenders," the salespeople in cannabis stores, to caution buyers.

"There is certainly a case for making smaller milligram contents available for those who want it, but when you buy a bottle of vodka do you drink the whole thing? No!" says Ean Seeb, who helped put together the "First Time 5" campaign. "It might behoove you to educate yourself."

Eschino agrees that edibles are something that people are going to need to learn how to consume, just like they had to learn how much liquor they could handle when they first started drinking. He also hopes that once the novelty diminishes, so too will the bad press.

"People black out and throw up on alcohol every day and it's not a story," says Eschino "You don't go calling the newspaper saying, 'Jack Daniels got me way too drunk!'"