Chuck Palahniuk's long awaited sequel to Fight Club is coming in the form of a 10-issue comic book series, and today we're getting our first idea of what that will look like. Set ten years after the events of Palahniuk's novel, the comic book will apparently feature the wedding of Fight Club's narrator — who now goes by the name Sebastian — and Marla. Tyler Durden is also featured in the artwork; just take a look at the stained glass window behind the expecting couple. 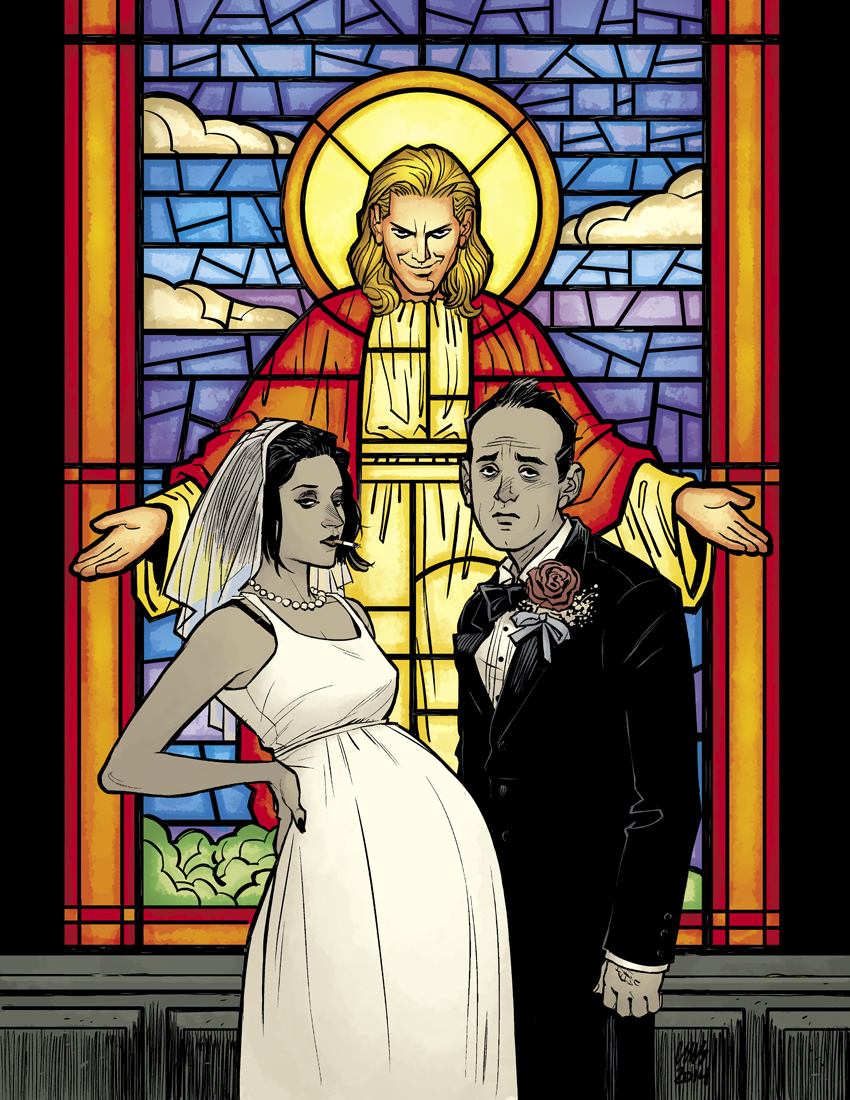 Comic Book Resources spoke with Cameron Stewart, who's handling interior artwork for the comic series, about the pressures of following up on the cultural phenomenon that Fight Club became. Most people were introduced to Tyler by David Fincher's 1999 film, which presented some challenges while also lending Stewart and Co. artistic flexibility. "The thing I find really liberating about it is that, because it's a sequel to the novel, not to the film, we have a little bit more freedom to play with the visuals," Stewart said. "It's a good thing and it's a bad thing, because the film is so ingrained in popular culture  the image of Tyler Durden is Brad Pitt — and we cannot make it look anything like Brad Pitt for various legal reasons."

Instead of a famous Hollywood actor, Tyler now looks a whole lot more like a superhero: Thor. "He's supposed to have that kind of hairstyle," Stewart explained, referring back to Palahniuk's original novel as proof. "I thought that putting him in the Jesus position with the longer hair was a good way to introduce that concept to the new audience." It'll be some time before Fight Club 2 (which Palahniuk has already finished writing) will hit comic racks, however; Stewart says he's only now "just doing layouts for the first issue." The series will debut next May.