'Final Fantasy' designer creates the wildest take on Batman yet

Share All sharing options for: 'Final Fantasy' designer creates the wildest take on Batman yet

If nothing else, Square Enix artist Tetsuya Nomura has built up a distinctive style over the years — his androgynous, zipper-heavy designs for characters in games like Kingdom Hearts and the Final Fantasy series are recognizable anywhere. But none of that will have prepared you for his surreal take on Batman, revealed in action figure form at this year's San Diego Comic-Con.

The "DC Comics Variant Play Arts Action Figure" looks more like something from Soul Calibur than the Caped Crusader, with bizarre talons on the back, dragonesque "wings," and a helmet with giant red horns. No word on when or where this figure will be released, but it'd certainly make for an interesting conversation piece on anyone's coffee table. 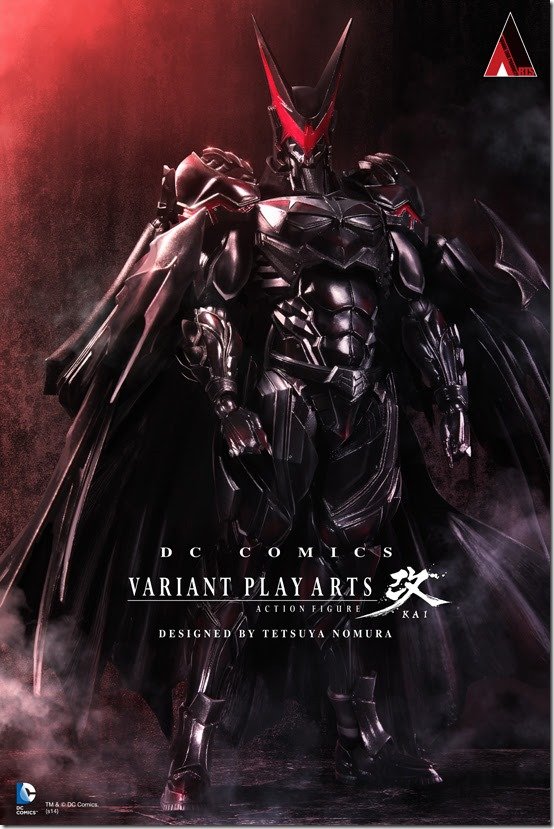