Last night, Legendary Pictures gave us a brief look at how it wants to bring the worlds of Pacific Rim and Guillermo del Toro's upcoming gothic horror film Crimson Peak closer to real life. For Pacific Rim, the company teamed up with Oculus to put fans inside a virtual Jaeger. For Peak, del Toro himself was on hand to walk us through a gallery of props and costumes, explaining some of his vision for what we can expect from the film.

Legendary created Pacific Rim: Jaeger Pilot to let us experience — to some extent — what it would be like to pilot a giant robot. Putting on the headset, you're thrown into the cockpit of Gipsy Danger, right before the film's first battle. Star Charlie Hunnam himself walks you through the experience, all before he's sucked out of cockpit by a Kaiju. While it's a fun experience visually (it all runs atop Unreal Engine 4 with help from Industrial Light and Magic), it definitely suffers from the lack of any real control on the part of the player. Maybe that will change in future builds; while Legendary hinted that this could see public release in a few years, nothing right now is certain.

For Crimson Peak, Legendary let del Toro himself run wild on the convention floor, creating, as he told us, "an attraction that I designed myself, lit myself, to give you a sort of a taste of the atmosphere of the movie." And it really just dripped with atmosphere, incorporating a dreary, dreamy Victorian look full of props, costumes, and baubles that hinted at plenty of bloodletting in the narrative.

Legendary's panel is scheduled for this Saturday at noon, and if this small sneak peek was any indication, they have big things in store. 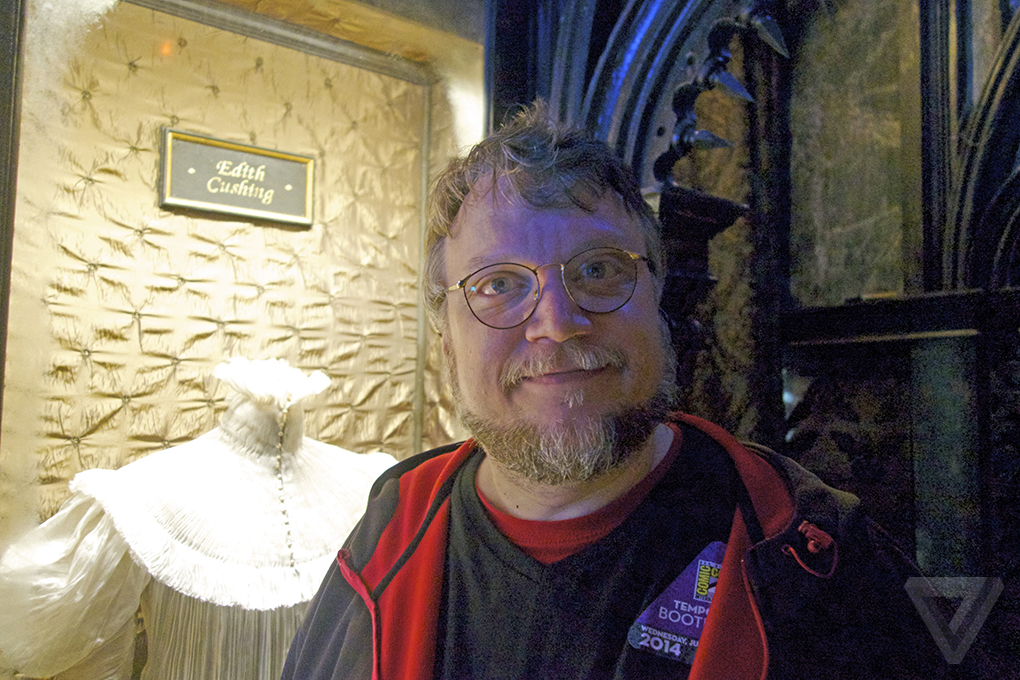