At San Diego Comic-Con 2014, Microsoft has finally provided the very first look at Halo: Nightfall, the original new live-action show based on the sci-fi video game series. The show stars Mike Colter with Ridley Scott serving as executive producer, and based on this first glimpse it looks quite a bit like some of Scott's earlier work, most notably Prometheus. "With Halo: Nightfall, we're pioneering a new medium in terms of interactive storytelling on Xbox," says Scott. Colter plays agent Jameson Locke, a character who will play a relatively large role in the upcoming Halo 5: Guardians, which is expected to launch next fall. At a panel today, 343 Industries confirmed that Locke would be a playable character in Guardians, though they would not specify whether he would be a "friend or foe" of Master Chief.

Halo: Nightfall will be set on a colonial world, and the story will be catalyzed by the discovery of a fragment of the Halo ring from the first game. The fragment remains partially functional and will supposedly become an "almost dark and malevolent" part of the series, says Halo franchise director Frank O'Connor. O'Connor says the series will explore political tensions in the "scrappy" backwater colony, and that it will lead into the events of the game. It will also provide an origin story for Locke, who will eventually appear as a Spartan in Halo 5. "It's kind of the origin of a superhero in a way," says O'Connor. Halo: Nightfall will be available to Xbox Live users on November 11th, as well as packaged with the upcoming re-release Halo: The Master Chief Collection. 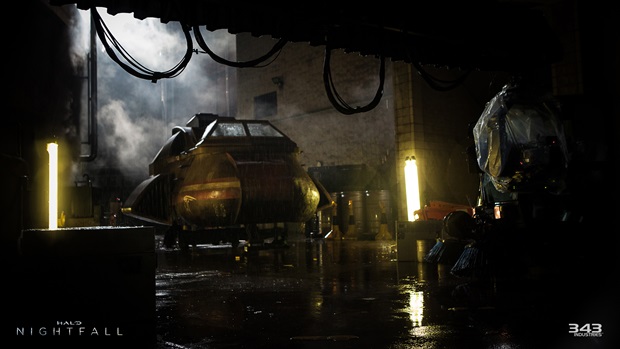 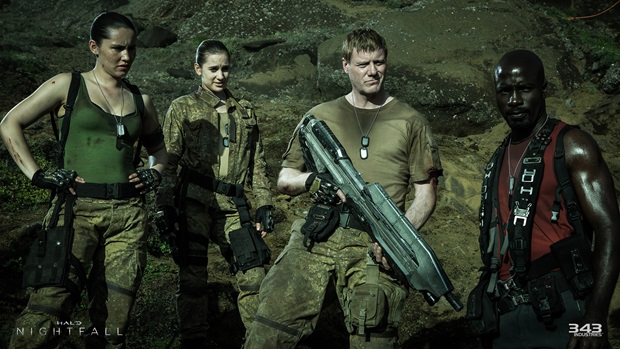 The trailers of Comic-Con 2014