DC Comics decided to honor Batman's 75th anniversary yesterday, and — while he's a day late — Zack Snyder is joining in on the action too since he's at the helm of a film starring the hero. Snyder published a close look at Ben Affleck's Batman on Twitter today, the second photo yet of him from the set of Batman v. Superman: Dawn of Justice. We don't really know what happens in the movie yet, but one thing continues to be evident from the early photos: everyone is sad. Batman and Superman both looked down in their first images, and this second photo of Batman shows him just as gloomy. The movie is planned for a release on May 6th, 2016.

Snyder also had a bit of fun on Twitter this morning, messing with Star Wars fans by posting a photo of Henry Cavill — his Superman — as a lightsaber-wielding Jedi. You can see the photo embedded below. 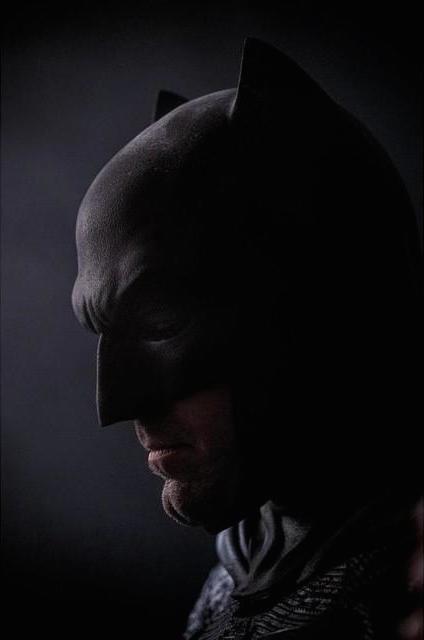