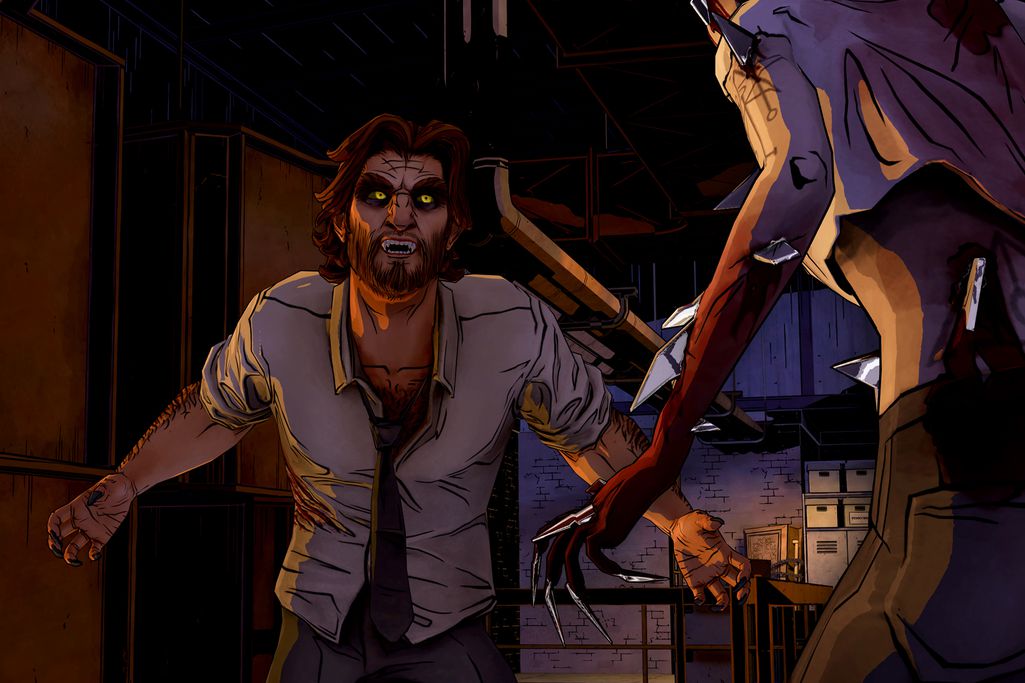 The Walking Dead video game was a remarkable series, one that turned a zombie apocalypse into a never-ending stream of gut-punching moral dilemmas. It was also proof that developer Telltale games hadn't been wasting its time. The studio spent nearly a decade perfecting a formula that turned video games into a series of episodes, just like TV, each of which you could play in a single sitting once a month. But it wasn't until The Walking Dead that Telltale finally had a hit. "The Walking Dead was one of those overnight wonders that took 10 years to put together," explains studio president and founder Kevin Bruner. The question was whether the studio could do it again, and its first attempt is The Wolf Among Us.

The two series are similar in a lot of ways. Not only is The Wolf Among Us also based on a comic book (Fables, in this case), it also features nearly identical gameplay and the same exact structure: a five-episode season that kicked off in October and wrapped up earlier this month. But in place of a ruined world filled with hungry undead, The Wolf Among Us is a gritty crime drama that drops fairy tale characters in the middle of New York City.

"We set really high standards for ourselves coming off the heels of The Walking Dead season one," explains Bruner. "We really wanted to prove that we could do it again." The first season of The Wolf Among Us proves just that. 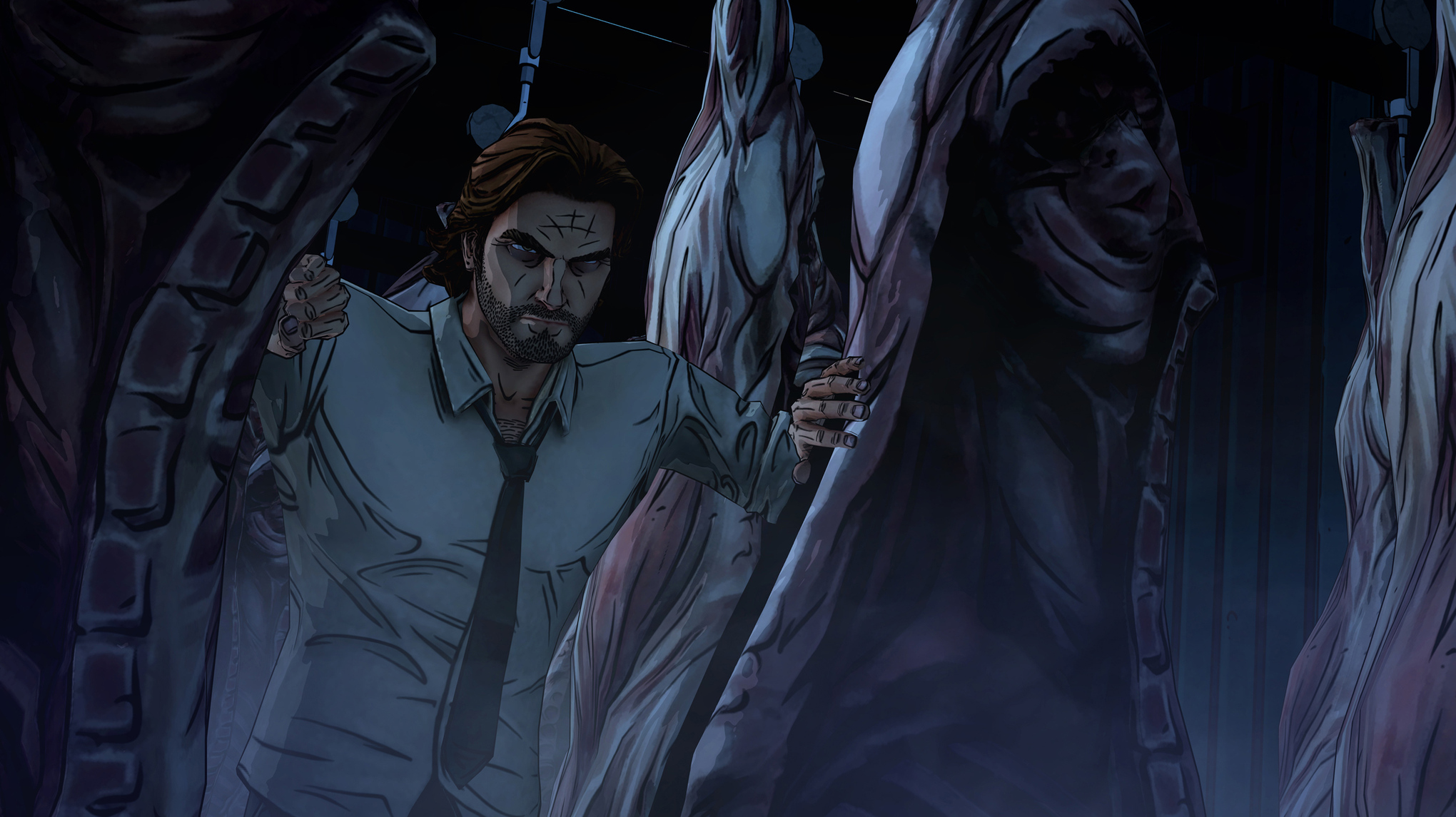 Fables is a sprawling series of comics filled with centuries of lore and backstory, and The Wolf Among Us serves as a prequel of sorts. It's set in the 1980s, years before the first issue of the comics, and follows just a handful of the more important characters. (There’s an in-game encyclopedia that provides more backstory on characters and locations, and a third of all players read each and every entry.)

The game puts you in the role of Bigby Wolf, the sheriff tasked with keeping order in Fabletown, an urban refuge where fairy tale creatures hide in plain sight using magic spells called glamours. Throwing a bunch of century-old, magic-wielding characters into modern life creates quite a bit of drama: Tweedle Dee and Tweedle Dum have become gangsters, Beauty and the Beast are having marriage troubles, and one of the flying monkeys from Oz has turned into a drunk. At the center of all of this turmoil is Bigby, who was once the scourge of the fairy tale world as the Big Bad Wolf, but now spends his time keeping Fabletown in order.

Then a severed head shows up on his doorstep. 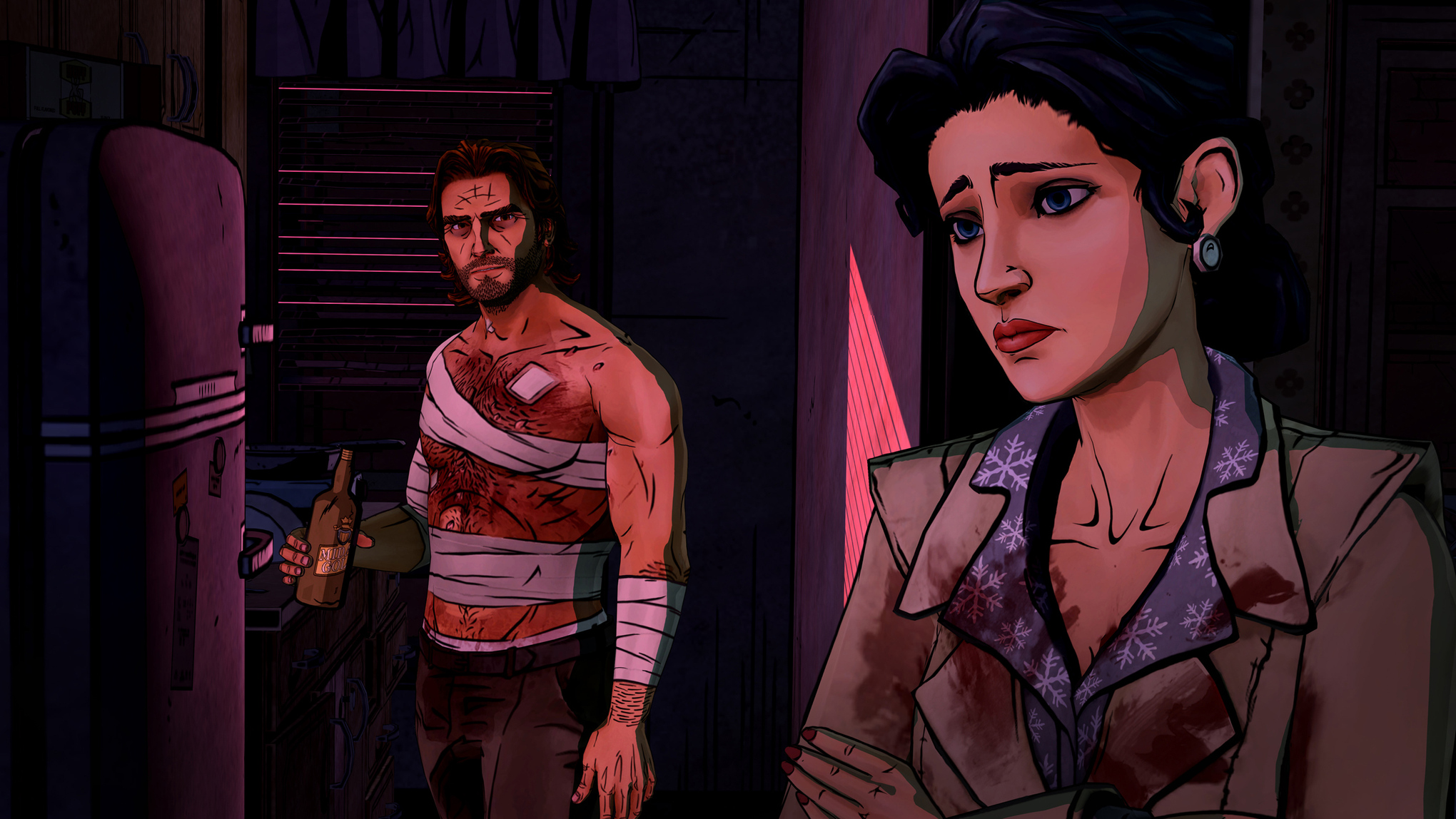 Your influence is felt through your choices

This sets up what turns out to be a big, complicated story with lots of moving parts, though you don't really have any influence over how things play out. Despite being a detective story, there's very little detecting to do in The Wolf Among Us. Just like The Walking Dead, the game is largely an interactive narrative, with lots of dialogue to read through and some light action scenes to break up the pacing. Your influence over the game is largely felt through the choices you make, like whether you go investigate one potential lead at the expense of another, or if you use your fists to beat clues out of a criminal instead of talking it out. Bigby’s main job isn't to figure out what exactly happened — the story is largely linear, and the main plot points unfold without your help. "Really, how you behave while that's happening is what you're in control of," says Bruner.

This setup works mainly because Bigby is such an intriguing character. As the Big Bad Wolf, Bigby has a certain rage that always seems to be just beneath the surface — when things get really bad you can see it physically, as he transforms into an actual wolf. And the game gives you plenty of opportunities to explore this dark side. In fact, in many instances it feels like you're not-so-subtly being pushed to do something terrible. In one early episode, I made Bigby actually tear someone's arm off after a heated bar fight — which involved a disturbingly long sequence of button presses — and every time I saw that character later on his stump was a painful reminder of what I did. There's no question that by the end of the game you'll save Fabletown. But can you do it without making everyone despise you? (Of course, there’s always the option to replay the episodes and see how things could have played out.) 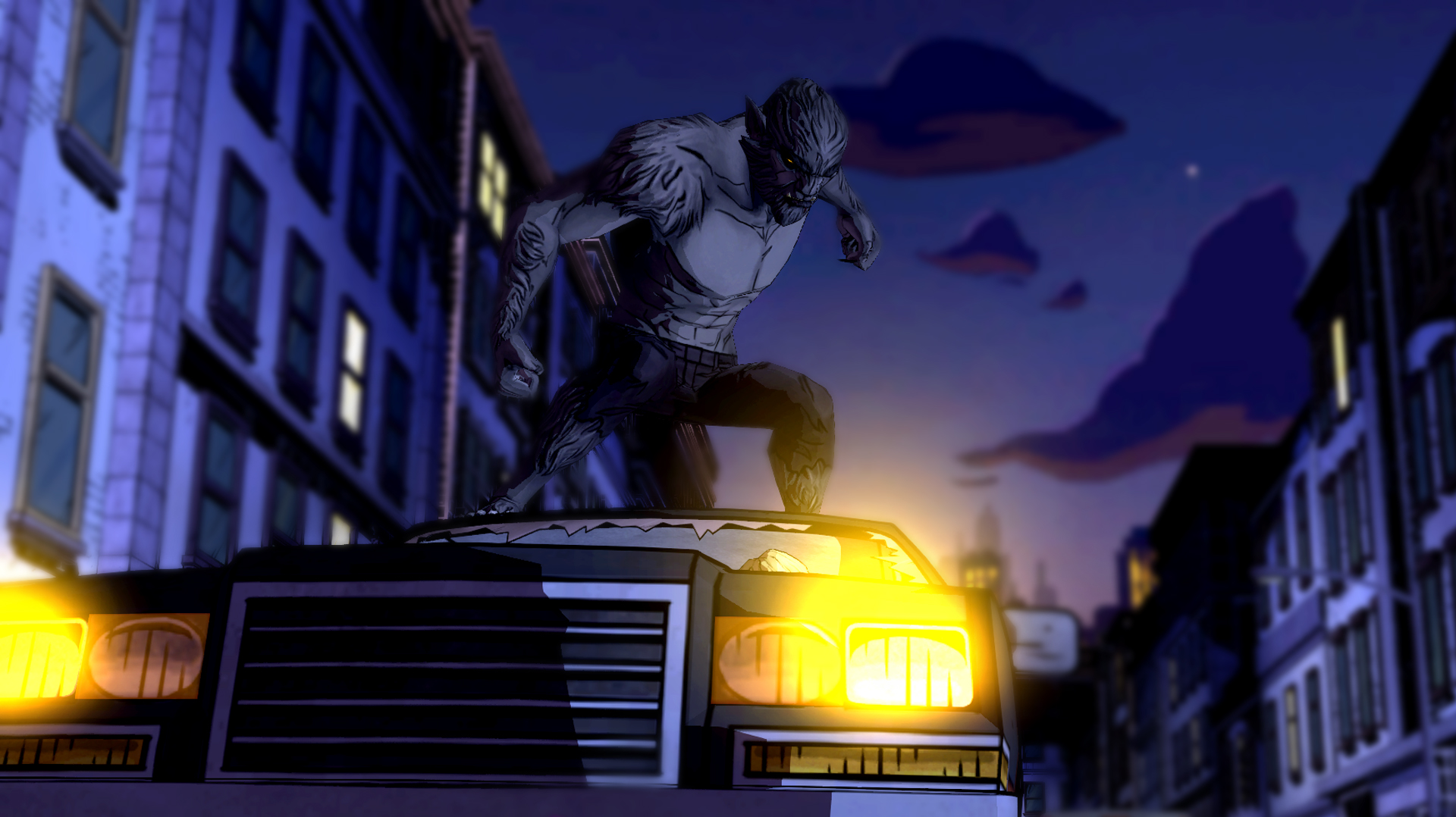 The Wolf Among Us' biggest accomplishment is that you really get a sense of what it's like to be Bigby, as cliché as his "detective with a dark past" set-up may seem. There are plenty of moments where a specific action will probably help you solve the crime, but ultimately make Fabletown residents hate you. That includes everything from interrupting a funeral to pushing a young boy for information even though he's terrified. 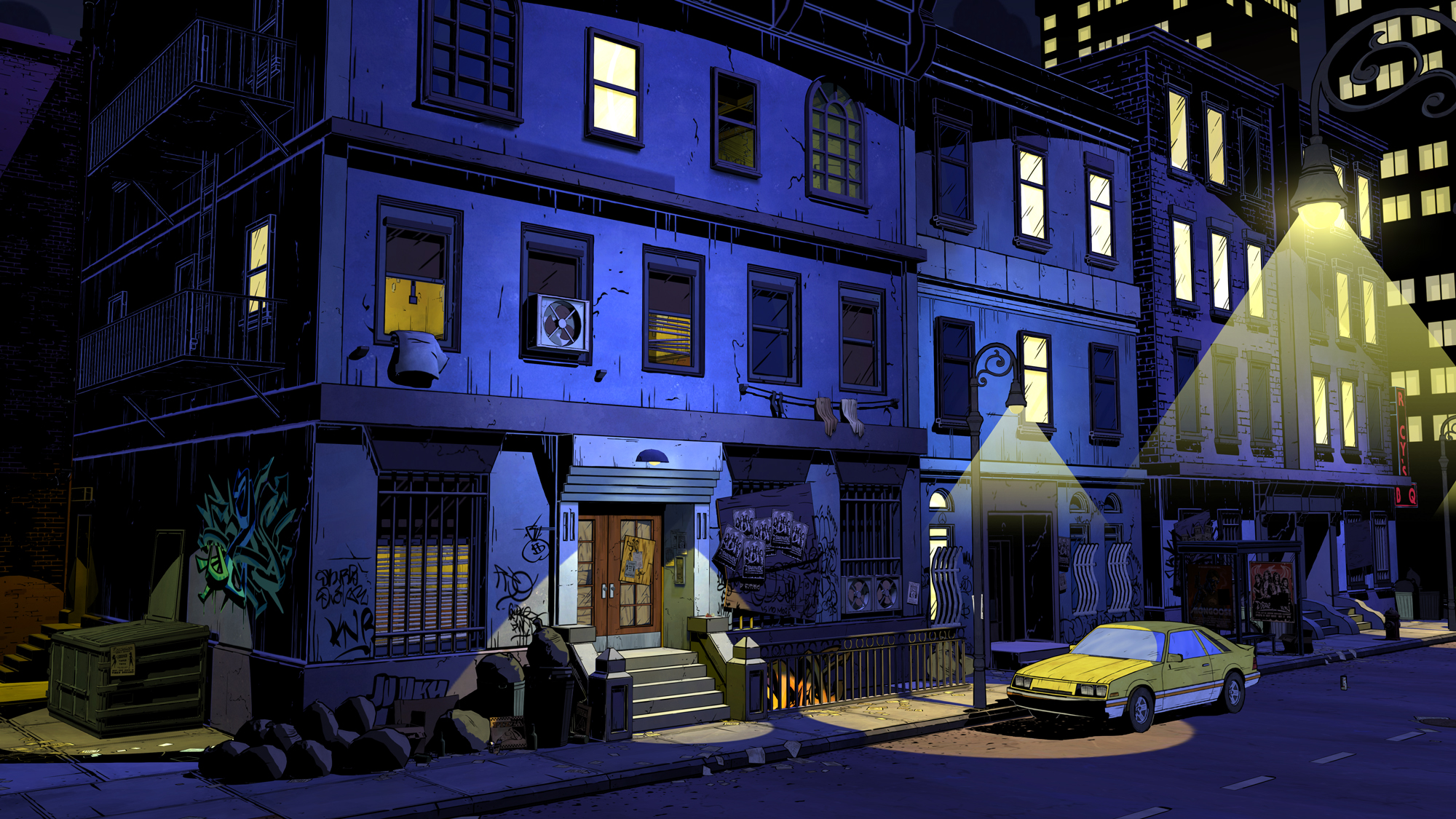 "When he lets the wolf out, it gets a little more out of control than he'd like."

These bad choices also tend to be the more exciting options, further enticing you to be bad. "When he lets the wolf out, it gets a little more out of control than he'd like," Bruner says of Bigby. "It's going to feel good in the moment and be really cool, but it might have some longer-lasting effects that you'll have to deal with." The choices aren't as horrible as in The Walking Dead, where you're often choosing who lives and dies, but they're just as impactful.

This is especially important because, really, he's the key to the whole game. There is a great supporting cast — including Bigby's much more restrained boss and partner Snow White, and the ever-suspicious mayor Ichabod Crane — but the experience lives and dies with Bigby. This is illustrated perfectly in the final episode, when you get to see Bigby's true form in a surprisingly tense and satisfying fight sequence with Bloody Mary. It feels like the season’s climax. When you do finally bring the main villain to justice afterwards, it feels anticlimactic in comparison — Bigby's personal story is much more interesting than the core mystery.

Whether or not The Wolf Among Us lives up to the lofty standards of The Walking Dead is a matter of taste. The tone is much lighter, and a refreshing change from the grim zombie-filled apocalypse. But despite the differences in style, the two series share the same fundamentals: great characters, difficult and often shocking choices, and true-to-life writing. These may be games about zombies and fairy tales, but the characters feel more real than many more traditional dramas. And as Telltale uses the success of The Walking Dead to mold itself into a sort of premium cable channel for games, with a lineup that will soon include Game of Thrones.

Thankfully it knows how to do more than just zombies.