Everything you need to do, see, and read this weekend

Share All sharing options for: The Weekender: cosplay, card games, and cowabunga

We're covering the year's biggest comic event from top to bottom, but even if you don't have tickets, walking around the city of San Diego this weekend is enough to immerse you in the culture of the event. It's an experience.

US Open of Surfing

One of the biggest events in the insane sport of surfing kicks off today in Huntington Beach, CA, running through August 3rd. Competitors include Kelly Slater, one of the most decorated athletes in history in any sport — and hey, any excuse to go spend a day on a beach is a good one. Hang ten. 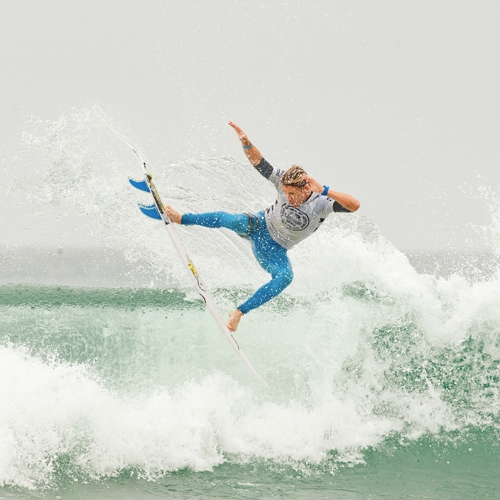 The unbelievable life and death of Michael C. Ruppert

A notorious conspiracy theorist associated with the 9/11 Truth Movement, Michael C. Ruppert had a hard time finding anyone to listen to him before finally rising to some fame in the late ‘90s. But Ruppert's personal struggles went far behind his search for an audience. 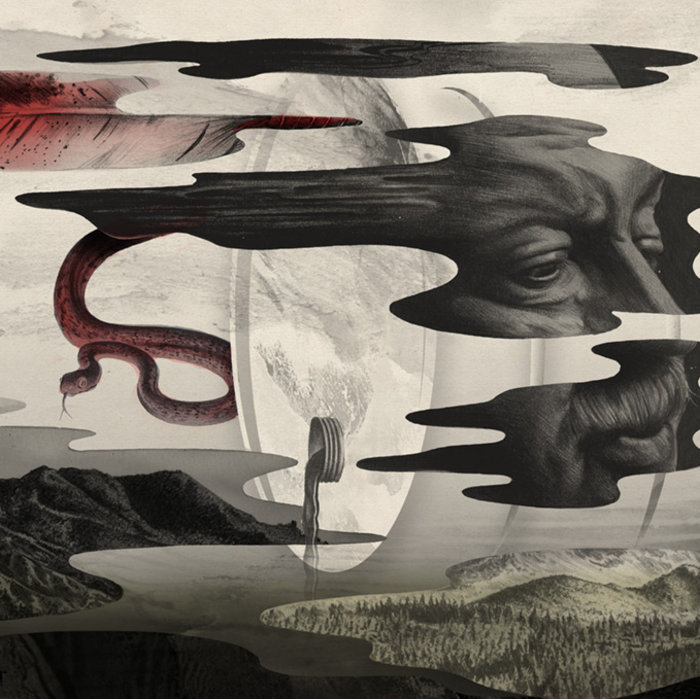 Inside the life of a pro gamer

Pro gaming is becoming a legitimate sport as tournament prizes reach stratospheric new heights — but the process of actually becoming a pro gamer can still be tough. We spoke with two of the top Dota 2 players to hear about their experiences going pro. 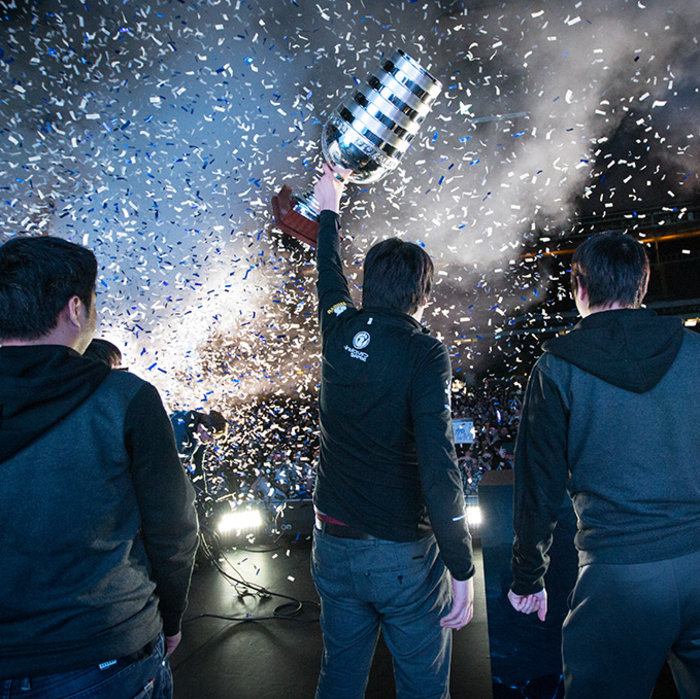 Pot brownies and other edibles are booming in Colorado, but consumers’ tendency to guzzle down sweets is turning them into something of a problem. Now, if advocacy groups initial regulations can’t stop consumers from eating too much, the fate of the pot brownie may be in danger. 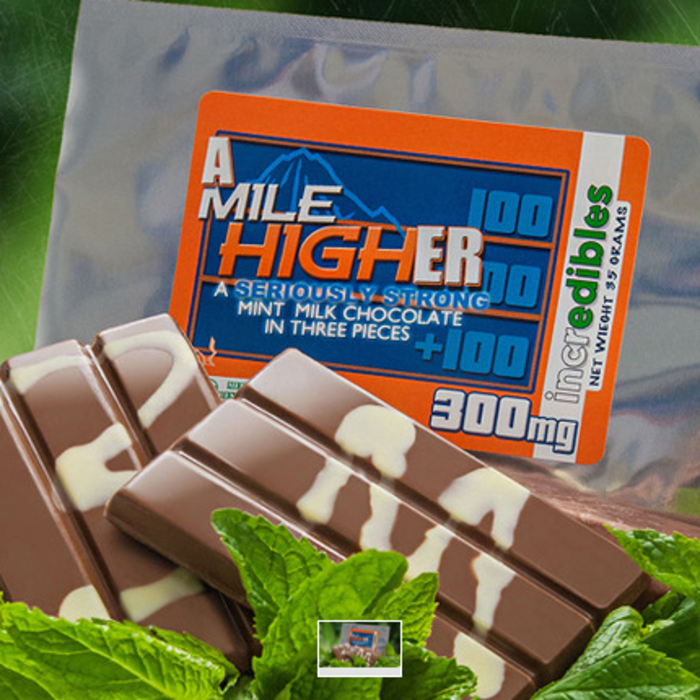 Most copies of the Bible don’t look very good, so a book designer in California is trying to make one that does. He’s turning the Bible into a beautiful, four-volume set, and his Kickstarter has raised around $1 million to do so. Check it out quick though: the campaign closes Sunday. 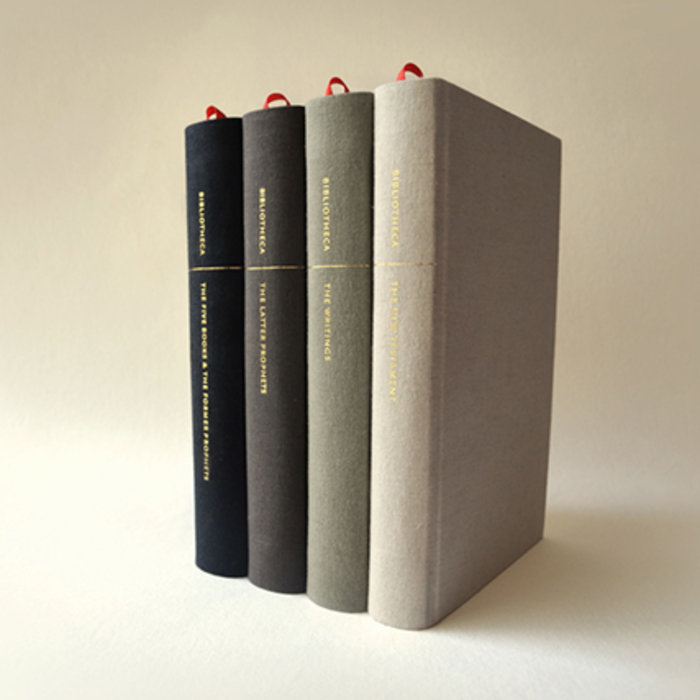 Wired
Gideon Lewis-Kraus digs into the fascinating past, present, and future of autocorrect.

Autocorrection is no longer an overqualified intern drawing up lists of directives; it’s now a vast statistical affair in which petabytes of public words are examined to decide when a usage is popular enough to become a probabilistically savvy replacement. The work of the autocorrect team has been made algorithmic and outsourced to the cloud. 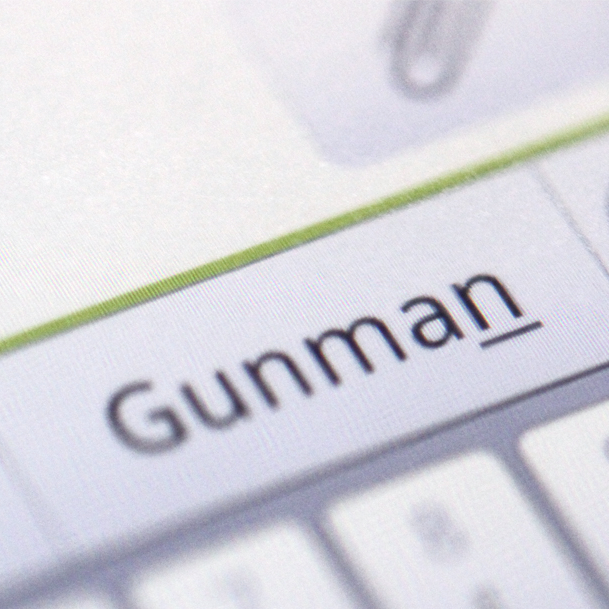 The secret of Minecraft

Medium
Robin Sloan considers the wondrous depths of Minecraft and how the game has become far more than a simple world-building tool.

Five years in, Minecraft (the system) has bloomed into something bigger and more beautiful than any game studio — whether a tiny one like Markus Persson’s or a huge one like EA — could ever produce on its own. The scale of it is staggering; overwhelming. As you explore the extended Minecraft-verse online, you start to get the same oceanic feeling that huge internet systems like YouTube and Twitter often inspire: the mingling of despair ("I’ll never see it all") with delight ("People made this") with dizzying anthropic awe ("So… many… people.") 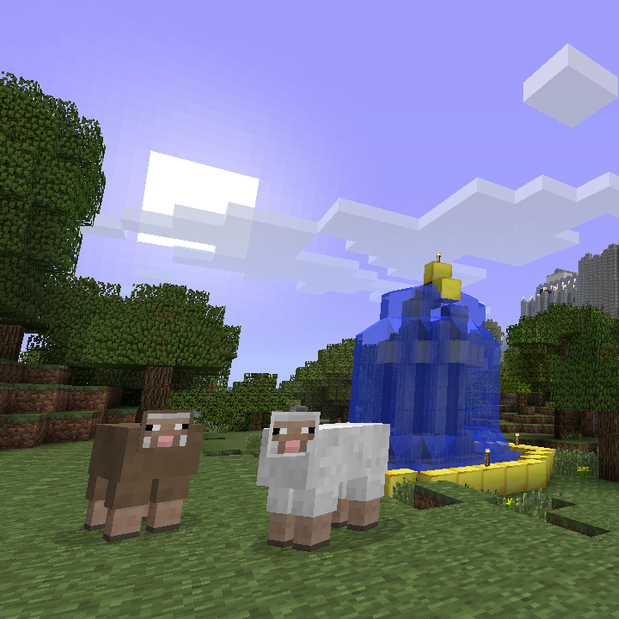 On the Prowl With Instagram’s Ultimate Street Photographer

After seven hours of watching people as Daniel Arnold does, you see the posed photo for how empty and artless it is—the same arranged duck face or the unnatural tilt of the head that lengthens the neck. The unposed face is a sight for sore eyes. "People are so on guard and used to being photographed," he says. "Everybody sets out to look a certain way and it never goes quite how they expect. It's catching those moments in between that makes for an interesting picture." 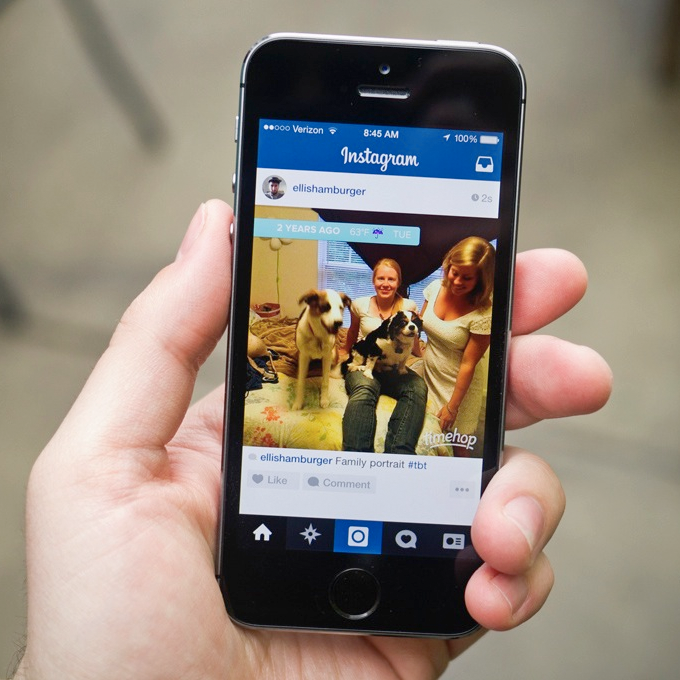 What Do Chinese Dumplings Have to Do With Global Warming?

The New York Times Magazine
Nicola Twilley writes about how the massive growth in refrigeration in China is affecting the environment.

An artificial winter has begun to stretch across the country, through its fields and its ports, its logistics hubs and freeways. China had 250 million cubic feet of refrigerated storage capacity in 2007; by 2017, the country is on track to have 20 times that. At five billion cubic feet, China will surpass even the United States, which has led the world in cold storage ever since artificial refrigeration was invented. And even that translates to only 3.7 cubic feet of cold storage per capita, or roughly a third of what Americans currently have — meaning that the Chinese refrigeration boom is only just beginning. 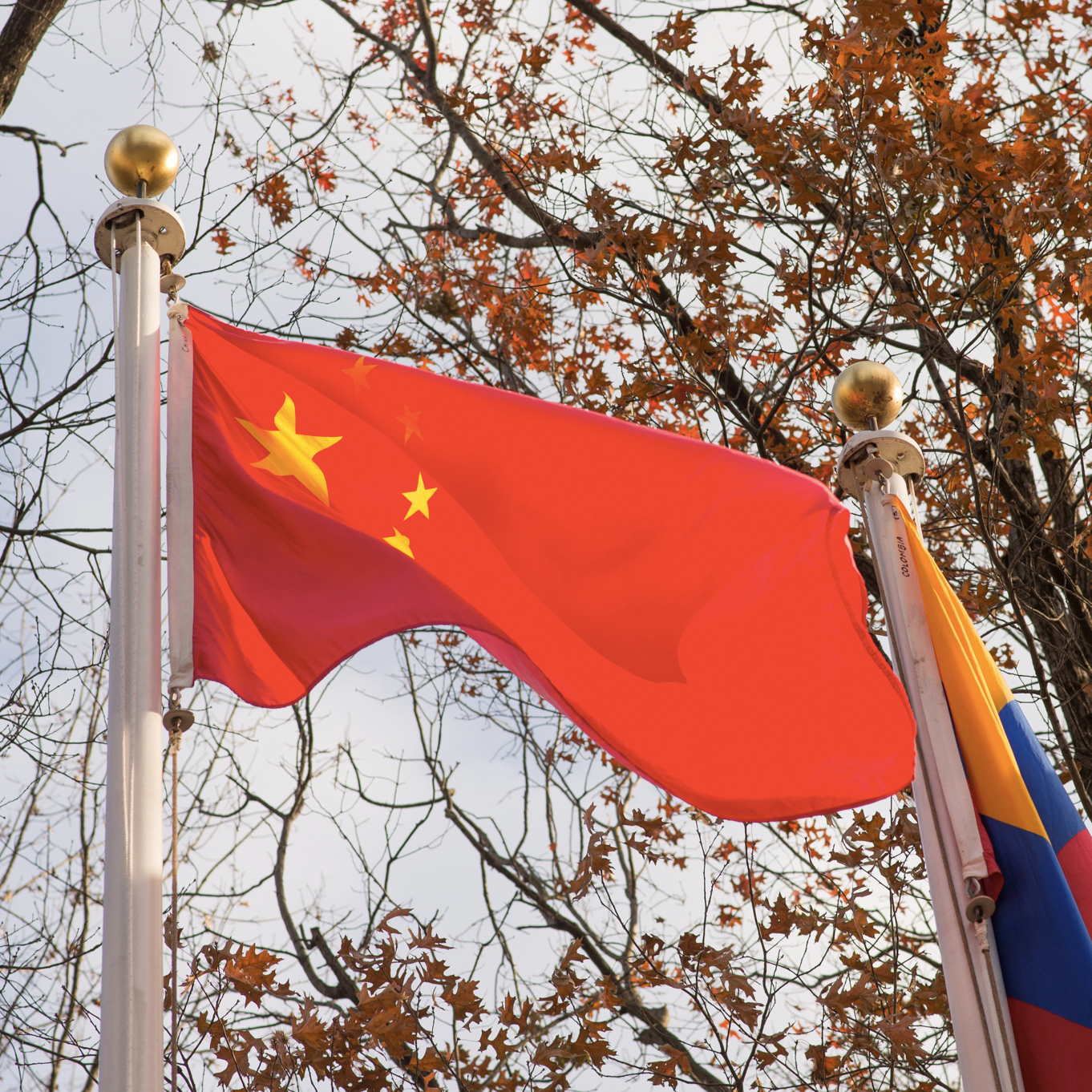 First released in 1997, The Conet Project is a collection of recordings of "numbers stations," mysterious shortwave radio broadcasts widely believed to be encrypted communications between spies in the field and their headquarters. Numbers stations were at their peak during the Cold War and have declined in the years since, but chilly relations between Russia and the United States makes The Conet Project feel more relevant than it has in years.

"EDM" has become something of a bad word as electronic music in all its forms has moved toward the mainstream, but many artists are still staying true to the genres that got them here: take Munich-based Jerome Isma-Ae, for example, whose progressive house mixes are unrivaled.

Blizzard's Magic: The Gathering-like Hearthstone has been a wildly successful example of a great free-to-play experience since its release earlier this year, but it had one major drawback: there wasn't any serious single-player mode. That changes with the release of the Curse of Naxxramas expansion, which adds battles against a series of challenging bosses. You can get the entire thing for free with enough in-game gold or real money (as much as $19.99), but the first section is free for everyone. 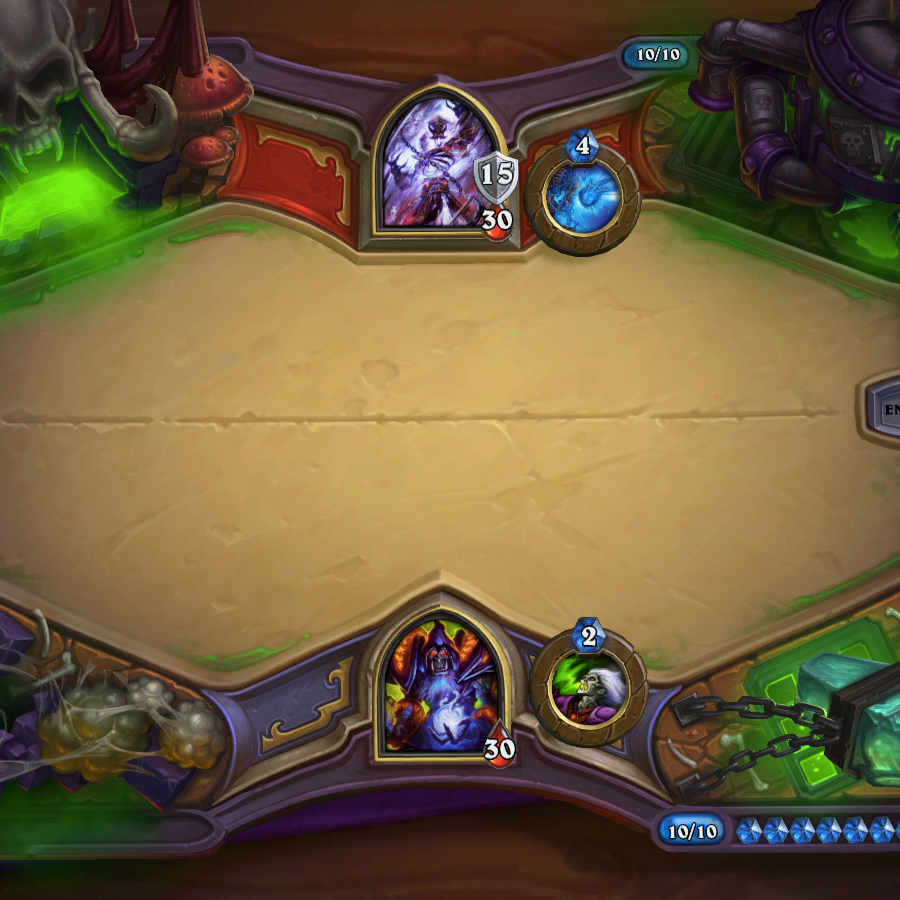 Described as an "illuminated nocturnal course," Foresta Lumina is an interactive show in Quebec's Parc de la Gorge de Coaticook that combines lights, projectors, props, and a variety of visual effects to create something of an enchanted forest. If you're nearby, the show is open through October 11th — but otherwise, here's a little preview of what attendees can expect.