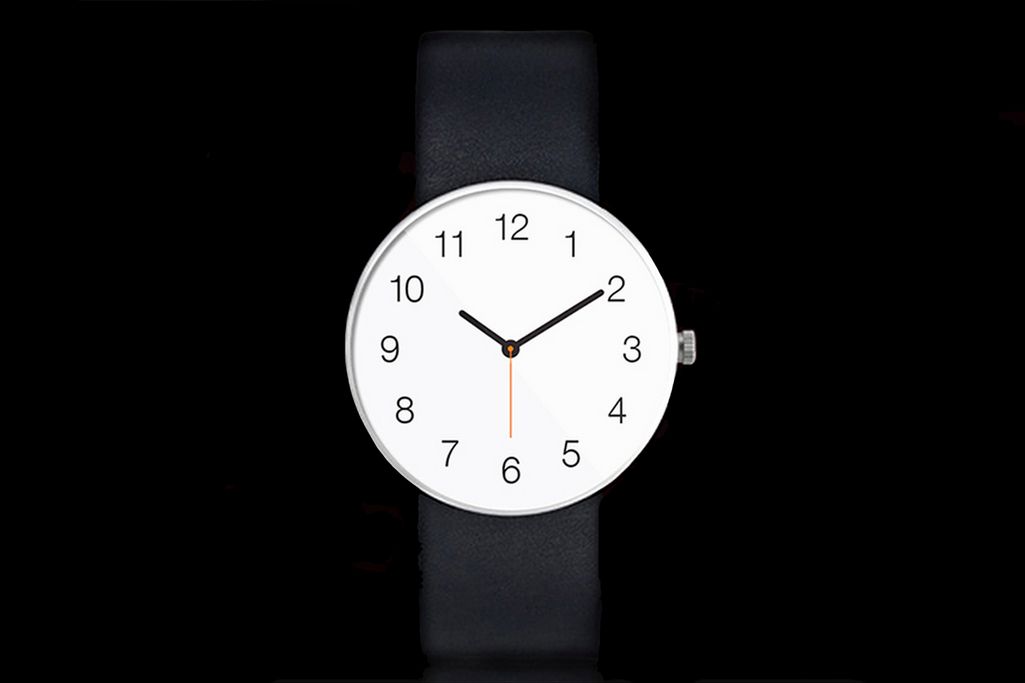 We don't know much of anything about Apple's upcoming smartwatch, or even if such a thing exists. But as hype, rumors, and expectations reach the pre-release fever pitch we've come to associate with a new Apple product, it seems all but certain that Tim Cook will take the stage this fall to announce what Apple hopes is its next world-changing device.

It's a long time coming. "I think the wrist is interesting," Tim Cook said at the D Conference in 2011. "I'm wearing [a Nike Fuelband] on my wrist. It's somewhat natural. But as I said before, I think for something to work here, you first have to convince people it's so incredible that they want to wear it."

Apple's obviously not the only company trying to make an incredible product — from Samsung and Google to Pebble and CooKoo, many others are in the wristwear business. If Apple's going to do right what all others have done wrong, it needs to quickly learn a number of important lessons. It needs the iWatch to do, and be, a few things like no other smartwatch.

Seven things, to be exact.

It has to be a watch. First, tell the time. That's the ballgame. It's why the Pebble Steel, despite its remarkable lack of functionality, is the best smartwatch currently on the market. If Apple's going to build a device that's for more than just nerds, that gains acceptance not just among the Casio calculator crowd, it's going to have to build a device that is first and foremost a watch.

That doesn't necessarily mean looking like a normal wristwatch, though that's certainly my own preference. It simply means telling the time, easily and quickly. It means working outdoors, and handling a splash of water without a problem. It means looking far simpler than it is. It means evoking class, not computer. People went crazy for the Moto 360, which has exactly no unique software, simply because it's just a beautiful watch. Apple no doubt has the design chops to build a gorgeous watch; if that's the starting point and not an afterthough, the iWatch will win from the first moment anyone sees it.

My iWatch should be MY iWatch. As time goes on, Android Wear's inability to let developers build custom watch faces frustrates me more and more. Apple should take note: any watch made mostly from a screen ought to be infinitely customizable. If I can't choose my own watch face or download one from the App Store, Apple blew it.

Personalization is about more than just software, too. Apple needs to conform to standards: include swappable watch bands or get out. It probably needs to offer the iWatch in more than one size as well. There's huge variety in the wristwatch industry: big, small, round, square, leather, metal, analog, digital. These are deeply personal, fashion-first devices, and Apple needs to treat them as such. I'm okay with my phone looking like everyone else's, but my watch is an entirely other matter. Whether it releases cases and skins, or just works with more than one manufacturer or more than one color, the key to the iWatch is going to be choices.

It has to be part of a bigger connected picture. Apple's always been uniquely good at building devices that work well on their own and better together, and the iWatch needs to be the best example yet.

No, Apple's not going to make an iWatch that plays nicely with your Android phone or your Windows PC. That's fine. What it needs to do is build a device that is powerful and useful in its own right, and becomes even more so when it's paired with other Apple devices.

The iWatch needs to be a key part of a powerful fitness ecosystem, using Apple's Health platform to integrate data like steps and heart rate into your other measurements. It should be the hub of your smart home, allowing you to turn off your lights or change the temperature without needing to pull your phone out. Maybe without even being connected to your phone in the first place. It should be able to control your music and your Apple TV; it should be able to pay for things and unlock your laptop. (Oh, and it needs to be able to grow into doing all that without becoming a user interface nightmare.)

I should be able to use Evernote for taking notes, Lyft for calling cars, Spotify for music, Google for maps, and anything else I choose. A watch is personal; it's not good enough if it doesn't work the way I do.

It needs a killer app — and a lot of other ones. The iWatch won't be the same thing to all people. Medical professionals are already thinking about ways to use smartwatches, while frequent travelers or gamers might want something else entirely. Personally, I want an easy way to see and act on notifications, quick search and note-taking tools, and easy ways to check in on Foursquare or tweet about the weird dude in front of me on the train who wishes he could live at the bottom of the ocean. Just as the iPhone's popularity only truly bloomed when the App Store launched, the iWatch needs to be as versatile as it is powerful.

But at first, the iWatch also needs a single primary raison d'être, a reason for being in the first place. Maybe it's about health, offering step counting and sleep tracking to fitness-conscious consumers. Maybe it's about payment, or home security, or notifications. The iWatch needs a single revolutionary story Apple can tell about what it is, why the world needs smartwatches — and why they need this one. No other manufacturer has figured out how to sell their smartwatches, how to convince users they need one. Apple needs to get it right. 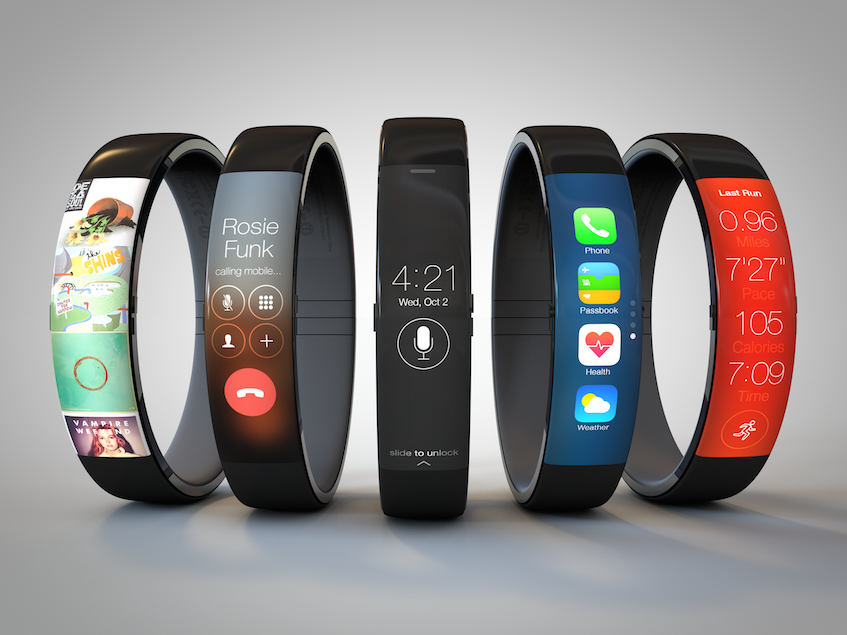 It should do things for me, and make it easy for me to do things too. Siri has slowly but surely evolved into a reliable, useful tool: it finds the sports scores I was asking for, knows when Jaws was released, and always sets my alarm for the right time. Whether I'm opening apps, making phone calls, or just turning on Airplane Mode, I've come to rely mostly on Siri. That's great, and with iOS 8, with its snippets of relevant information in Spotlight search results, the iWatch will be a great tool for quick research.

But it's not enough, not for the iWatch. Siri still defaults too quickly to just searching the web, a habit it needs to break before it's going to be useful on a watch. (Searching the web on a watch is terrible.) And the best thing about Android Wear is Google Now's ambient awareness, its ability to figure out what I need to see and show it to me right away. Siri doesn't currently offer much of that, but it's going to need to for the iWatch to win.

The iWatch needs to be quick and simple, made for twitchy interactions with emails and data — you shouldn't need to look at the watch unless there's something waiting for you. And when you're looking at the watch, it should never say "look at your phone." Ever.

Apple can't win without good battery life. There's only one spec that can singlehandedly prevent the iWatch (or any smartwatch) from ever being mainstream: battery life. A device that lasts a day or less is going to be forgotten on the bedside table one morning, the habit lost, the device returned.

For it to be successful, Apple needs to turn the iWatch into something you can't live without, into a constant and natural companion. It can't do that if the watch is dead, or forgotten at home in your charger. The iWatch doesn't need to last weeks or months, but if it can't go a few days between charges it's going to have a hard time catching with any but the most forgiving users.

Most of the time, the iWatch should do nothing. It should sit forgotten on your wrist, alerting you only when there's something worth paying attention to. And that won't be every notification, every alert, every message. The iWatch needs tools to be finely tuned, and needs to be smart enough to tune itself to show me only what I need to see right now.

Mostly it needs to just look good, and tell me the time. Everything else should be, and feel, secondary.

There's no secret about why there hasn't been a great smartwatch yet: building one is hard work. Building something people will wear on their wrist requires a balance of form and function, power and simplicity, innovation and timelessness that is perhaps more difficult to achieve than any other product ever made. (That's even more true with our faces, which most manufacturers won't even attempt.)

The iWatch will be Apple's first attempt, and it won't be perfect. But if it can take meaningful steps in the right direction, begin to solve key problems, and answer the questions about what a smartwatch is for in the first place, the iWatch might be huge. It's going to sell well regardless; there's plenty of evidence for that. But by doing seven big things right, Apple could quickly prove that it has yet another world-changing innovation on its hands. And next to ours.