In April, Facebook announced plans to pull messaging from its core mobile apps in favor of moving all chat activity to Messenger. And now the company is once again reminding users everywhere about the pending change and urging them to download Messenger. If you haven't yet installed the app, you'll likely see a notice resembling the one below over the coming days. Facebook isn't yet forcing anyone to make the switch; it says there will be several notices before messages are finally unbundled for good. But that step is fast approaching. Desktop users don't need to worry about this, since chat will remain there in the same place as always. 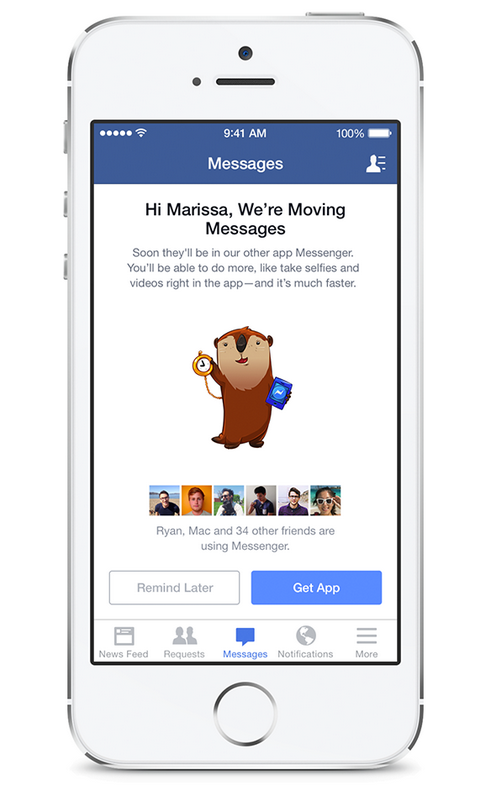 And while managing two apps may seem like a hassle, Facebook says the split will allow it to "better improve the performance of both apps over time." You'll still see notifications about received messages in the regular mobile app, but that's it. Facebook is trying to make things as seamless as possible and says you won't lose your place when hopping between apps. The company also insists Messenger offers a faster experience with more ways of keeping in touch with your friends (voice messages, video, and of course stickers). So no one's being pushed over just yet, but Facebook very much wants you and everyone you know to join the 200 million people using Messenger each month. Soon it'll be the only way to keep chatting from a smartphone.