The upcoming Michael Bay-produced Teenage Mutant Ninja Turtles is set to open on September 11th in Australia, which was today highlighted by a new promotional poster published to Paramount's Twitter and Facebook streams. The image was quickly retracted, however, after users reacted angrily to the combination of its release date and the artwork above it, depicting the four turtles jumping out of an exploding skyscraper.

Evoking the tragic events of the World Trade Center attacks in New York 13 years ago was certainly not Paramount's intention, as evidenced by the fact that this particular poster had already been used a week earlier, albeit without the offending opening date. And, unlike AT&T last year, Paramount's blunderous tweet made the connection accidentally rather than trying to exploit the date to sell its product. Still, it's a significant faux pas for the film studio to make and won't endear the TMNT reboot any more to an audience that's already dubious about how far it's strayed from the original material. 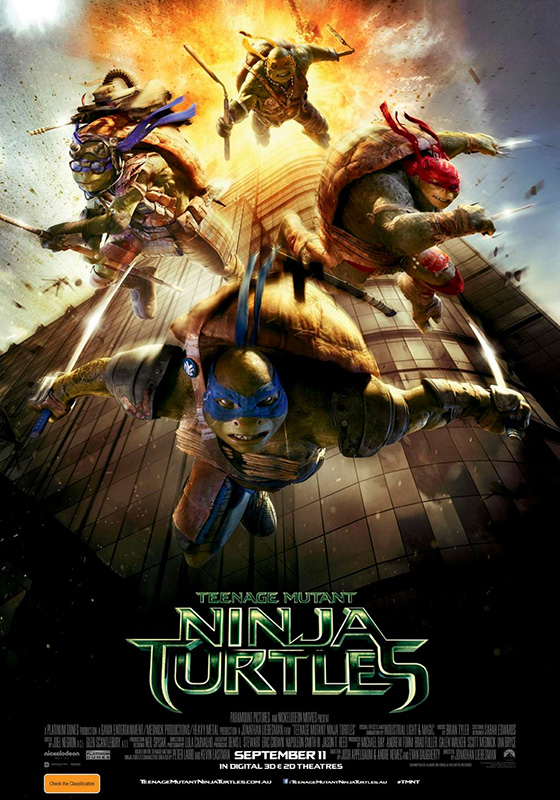