Watch 'The Last of Us' as a live-action stage show

"It's really weird to put video games up on a stage."

Share All sharing options for: Watch 'The Last of Us' as a live-action stage show

The Last Of Us is one of the PlayStation 3's most fondly remembered experiences, but for one night in Santa Monica it was something very different — a live stage show. Appropriately called "The Last of Us: One Night Live," the performance featured live reads of some of the game's more important scenes, a few terrific musical performances, along with thoughts from director and writer Neil Druckmann.

"It's really weird to put video games up on a stage," said Druckmann. But despite the strangeness of the concept, "The Last of Us: One Night Live" is surprisingly compelling, and you can check it out in the video above (just be sure to skip ahead about 30 minutes). Of course, that's not the only way fans can revisit the gritty post-apocalyptic universe: this week sees the launch of a remastered version of The Last of Us on PS4, while a Hollywood film is also in the works, produced by Sam Raimi.

Unfortunately for those who didn't make it to the show, the biggest surprise was kept off the livestream. After it cut away, Troy Baker and Ashley Johnson (Joel and Ellie, respectively), performed a scene that Druckmann initially wrote as an epilogue to the game but ultimately decided to leave out. Polygon has details on what happened, but photos released by Sony show that the performance took place in a fully fleshed out stage set, rather than the spartan sets used in the rest of the program. Apparently, there were puns, a song performed by Baker, and some warmer feelings between the two characters than we saw at the game's end. 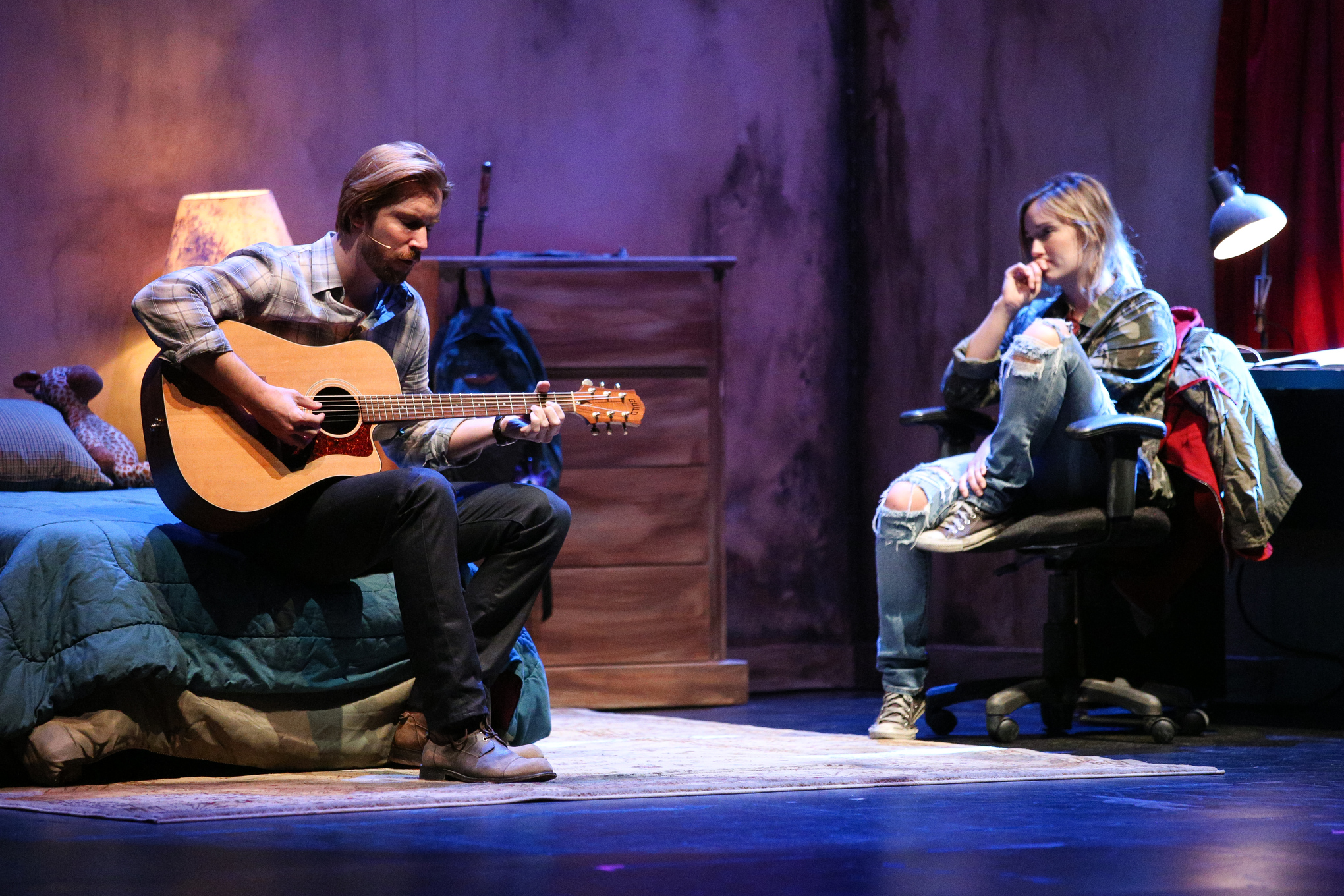