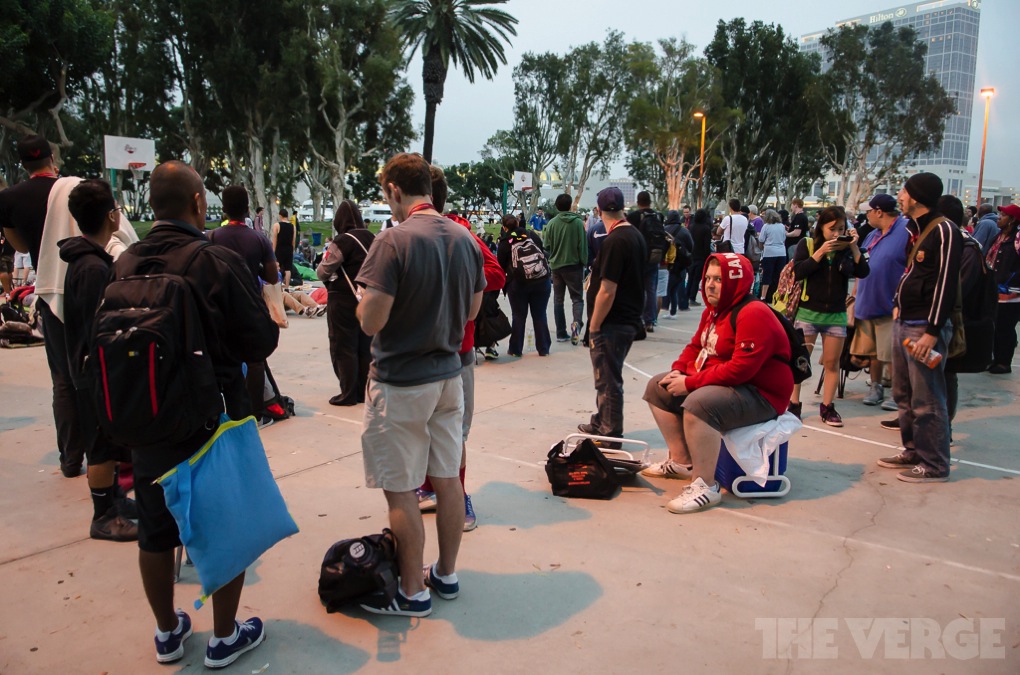 My colleague and really awesome guy Casey Newton does an excellent job of capturing what it's like to actually get into Hall H and see cool things, but can we talk about Hall H as an entity unto itself for a minute here?

I feel like, even three days later, I'm still reeling from the exhaustion — as well as the OVERWHELMING foot-slash-nacho smell in there. Don't get me wrong; the excitement in H is palpable and wonderful and it was amazing being in the room for the Avengers: Age of Ultron trailer. (Also, know that whenever that trailer drops online, you will die. It's that good.) But as soon as you come down from that high, you're just assailed by body funk and this profound feeling of being beaten down by the whole experience.

And all I could think, apart from wanting to go to sleep, was, "I wonder how bad Ballroom 20 got." Because that's the frame of reference you get: what's bad and what's worse.

That bed saved my life. That bed, and proper sustenance that's utterly unavailable in the convention center because god forbid they provide edible hot dogs for less than $5. Just saying.

It's at this point that you realize that this should not be considered fun. It's not fun to wait on line for hours on end and overnight, knowing you have a hotel bed WAITING for you. It's not fun sitting through panels you don't care about just to see the one panel you do want to see. And God help you if you, like me, lose your press seat and you need to spend the next 20 minutes hunting for a new one. None of these things should be fun, and we shouldn't allow Comic-Con to encourage it. We should be out there being fans, not inadvertently cosplaying as homeless people.

The funny thing is we do this to ourselves, and we make a go of it. People on line bond precisely because misery loves company. We're fucking down for this, and the fact is the line for Hall H will be even worse next year, however much we complain. There's this prevailing notion that fans suffer for what they love, but why should anyone suffer like this? It's not like DreamWorks deserved our suffering this year. But in so many ways, the convention has left the fans behind and feels no incentive to change course.

Update: And yes, I'm with you on the comic front! Not that there's a dearth of actual comic news at this convention, but it's just not the focus at all anymore. It's great that Dan Slott is there promoting Spider-Verse. It's amazing that Batgirl has a new, amazing, functional costume that doesn't serve to objectify her. It's incredible that Scott McCloud is coming out with a new graphic novel next year. But in Hall H, we get Penguins of Madagascar.

What do you guys think? What needs to change?