The logo for first-person shooter Bioshock Infinite appears to have been "repurposed" by Fox News. Irrational Games' co-founder and the game's creative director Ken Levine shared an image of the incriminating graphic on his Facebook timeline yesterday along with the caption, "Glad to help, Fox. Glad to help." 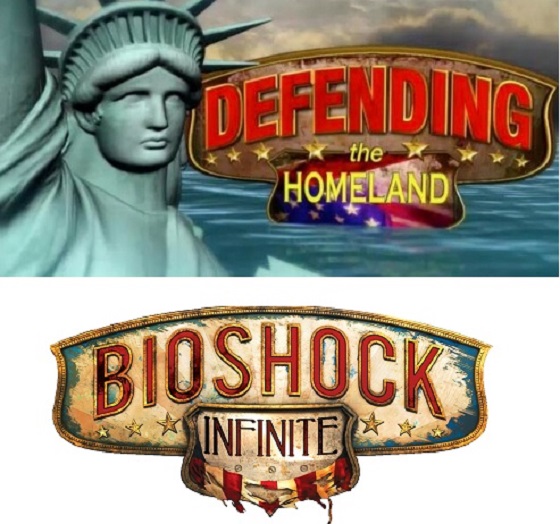 The resemblance is uncanny. The structural outline of Fox News' rendition is almost identical to the emblem utilized in Bioshock Infinite's award-winning video game. Mediatite writes that the logo was exclusively used for a segment of the right-leaning talk show Fox & Friends that discussed illegal immigration. The hosts of Fox & Friends are known for criticizing President Obama and for championing increased border security in the US to clamp down on illegal immigration. In an ironic twist, Bioshock Infinite is set in a fictional universe where immigrants are vilified and racial segregation remains part of the status quo.