Cortana heads to the UK, China, Canada, Australia, and India

Microsoft’s personal digital assistant, Cortana, is making its way to China and the UK in beta with the Windows Phone 8.1 Update 1 release, and it’s also being made available in Canada, India, and Australia in alpha form. The UK version of Cortana won’t have the same Jen Taylor voice as the US version, and nor will the Chinese edition. Microsoft is localizing the voice and a lot of content for each region, but the Chinese version is getting some interesting changes along the way. In China Cortana will have a different visual appearance with slightly tweaked animations and sounds. This is mainly to introduce eyes to the small bouncing character, something Microsoft found very important for China in particular. The special face, complete with eyes, will not be available outside of China. 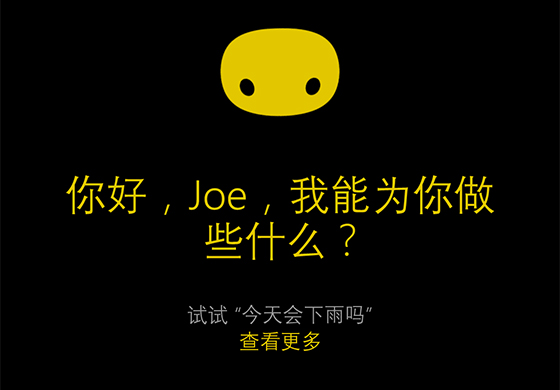 Cortana in China has a real face with eyes.

Cortana will also have specialized suggestions for China, including air quality information and local TV show results. In the UK Cortana users will get access to English Premier League scores, London Stock Exchange information, and train / transport updates. Canadian, Indian, and Australian users will have to opt-in to use an English language version of Cortana in its US or UK form, meaning it won’t be fully localized for those regions just yet.

Visually, Windows Phone 8.1 Update 1 is largely the same as what Microsoft introduced a few months ago, but there’s one important change: Live Folders. Microsoft has always focused on its Live Tiles, and the new Live Folders feature simply allows Windows Phone users to drag a tile over another tile to create and name a folder. Live Tiles will still function, and appear on the main tile of the folder. Other visual improvements include a change to the Store Live Tile to see information about new apps, refreshed every six hours throughout the day. Microsoft is also adding the ability to select multiple SMS messages for forwarding or deletion, user-customizable snooze settings for alarms, and improvements to the Live Tile for Xbox Music. 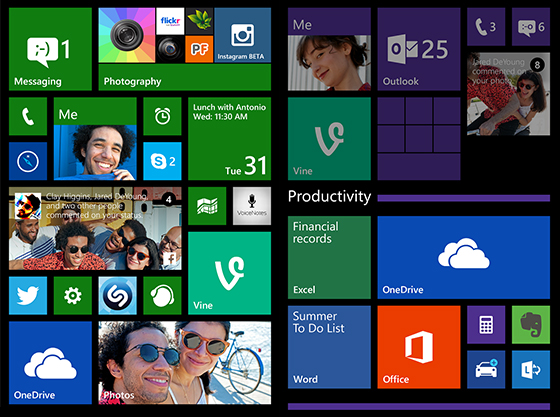 On the left, a closed "Photography" folder, on the right, an expanded "Productivity" folder.

While Windows Phone 8.1 introduced VPN support for businesses, Update 1 extends that to allow anyone to configure VPN settings when connected to Wi-Fi hotspots, a much needed addition that has been missing on Windows Phone since its launch in 2010. Other improvements include changes to Bluetooth to allow for push notification support, essential if smartwatch makers like Pebble are ever going to support Windows Phone in the future. Microsoft has also added an Apps Corner feature that lets you run apps in a sandboxed mode. It’s mainly for businesses to set up kiosk-style scenarios, and it’s very similar to Kid’s Corner.

Under the hood, there’s some important hardware changes with Windows Phone 8.1 Update 1. One welcome change is the addition of Qualcomm’s Quick Charge technology, making it faster to charge compatible devices. Some existing devices, like the Lumia 1520 and Lumia 930, will get this automatically, while future Windows Phones will also debut with the support. An additional screen resolution of 1280 x 800 screen resolution is also supported, alongside 7-inch devices, Voice over LTE (VoLTE), and smart covers like HTC’s Dot View case for its upcoming One M8 with Windows handset.

Windows Phone 8.1 Update 1 might not bring any major new additions, but it’s the small ones that count. Microsoft has been gradually catching up to iOS and Android, and Windows Phone 8.1 helped move the platform forward significantly. With the frustratingly slow cadence of updates to Windows Phone 8.0, it’s encouraging to see Microsoft is adding user-facing features and additions for developers to build the type of apps that consumers expect on Windows Phone 8.1.