Ads are the new face of virtual reality

Ads are the new face of virtual reality

VR promos are like Super Bowl commercials: fun, but disposable

"So, what’d you think?" said the man who had gotten me into the cockpit of a Pacific Rim Jaeger.

I grinned. "Great! But I was a little disappointed that I didn’t fall or get eaten."

He looked at me quizzically. "Having a Kaiju punch into the cockpit and grab your partner wasn’t enough?"

"Yeah, I mean, it was cool. But it didn’t actually eat me, you know? I was really hoping for it."

The Oculus Rift has put me through a lot. I’ve skydived, been beheaded, flown spacecraft, slid in gondolas past giant floating heads. I want to try everything. Until my development kit comes next month, and probably even after that, the best place to do so is at promotional events. The Oculus Rift hasn’t entirely replaced the specially built video rooms and funhouse contraptions that convention exhibitors bring to advertise their wares, but headsets can do the same thing for cheaper — shut out a busy showroom and put visitors into the world of a film or TV show. There were at least four such demos at Comic-Con, and more have shown up at film festivals and other conventions. Excitement is high, especially as we tick forwards towards the Rift’s eventual consumer release. Right now, though, all most people will get is limited, middle-of-the-road virtual reality, no matter what it’s advertising or how cool it is the first time around. 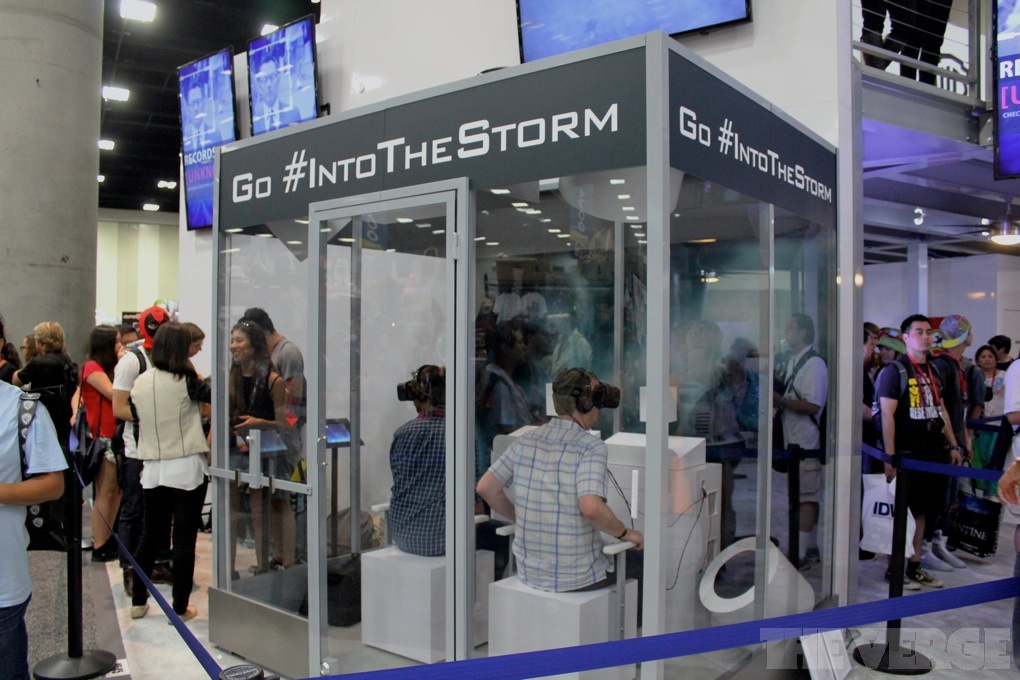 Rift experiences were spread around Comic-Con: head out of Legendary’s self-explanatory "Pacific Rim: Jaeger Pilot," and you could walk to the "X-Men Cerebro Experience" at Fox, where you’d place yourself into Professor Charles Xavier’s mutant-finding helmet and look for Mystique. At the far end of the hall, you could be buffeted by wind at WB’s "4D" Into the Storm booth. If you can’t figure out what fate awaits you at the end of a demo where you’re stalked by Sleepy Hollow’s Headless Horseman, I am deeply disappointed in you.

"I know what it must be like to be hooked on drugs."

In each case, the biggest draw was obviously the Rift itself. "It’s the future," I heard one person say when they took off the Pacific Rim headset. Or, in the line waiting for Sleepy Hollow: "I know what it must be like to be hooked on drugs. You put that thing on and you never want to take it off." But I wondered how impressed most people could be after they’d waited half an hour or more (although granted, by Comic-Con standards that’s just a blip) for a couple of minutes of sitting still with something strapped on their face. And I wondered when they would get to see VR as more than a couple minutes of looking around.

For one thing, they’re built to minimize the potentially unpleasant consequences of the Rift. There are stories about ’90s Hollywood executives saying they could promote VR by playing up how sick it made audiences, but the Comic-Con experiences had been carefully tooled to minimize this — although I still had to sign a waiver after X-Men, and Sleepy Hollow warned that the Rift could produce "simulation sickness, perceptual aftereffects, disorientation, decreased postural stability, and eye strain." Legendary didn’t want its younger Pacific Rim fan base terrified by a sudden virtual fall.

Likewise, the structure of Comic-Con — where well over 100,000 people pass through over the course of a weekend — rules out anything that isn’t instantly understandable. You don’t want to spend your only minute or two of access in a state of bewildered failure. This made X-Men, the only attempt at something like a game, confusing. In theory, "The Cerebro Experience" was a kind of psychic "Where’s Waldo?" hunt, but it was either heavily or entirely scripted. "You’ve found her!" Professor X suddenly exclaimed to me as I focused my eyes on nothing in particular, after uselessly scouring the room for Mystique over and over. He might as well have patted me on the head and given me a cookie.

You can think of most public Oculus Rift experiences as big-budget PG-13 action movies (or, maybe, Super Bowl ads.) They’re broadly crowd-pleasing but can’t venture too much outside the consensus comfort zone, which makes them less likely to either offend or astound. On a more positive note, they can also give you the VR equivalent of a really satisfying big-screen experience. In X-Men, you sat in a replica of Xavier’s chair and could "move" with a joystick, and the chair would rumble in response. For Into the Storm, WB ushered you into a glass box that contained not only the Rift but a set of heavy fans, which began to blow as the tornado approached. Was it kind of a gimmick? Yes. But it was something you couldn’t have gotten with a development kit back at home. 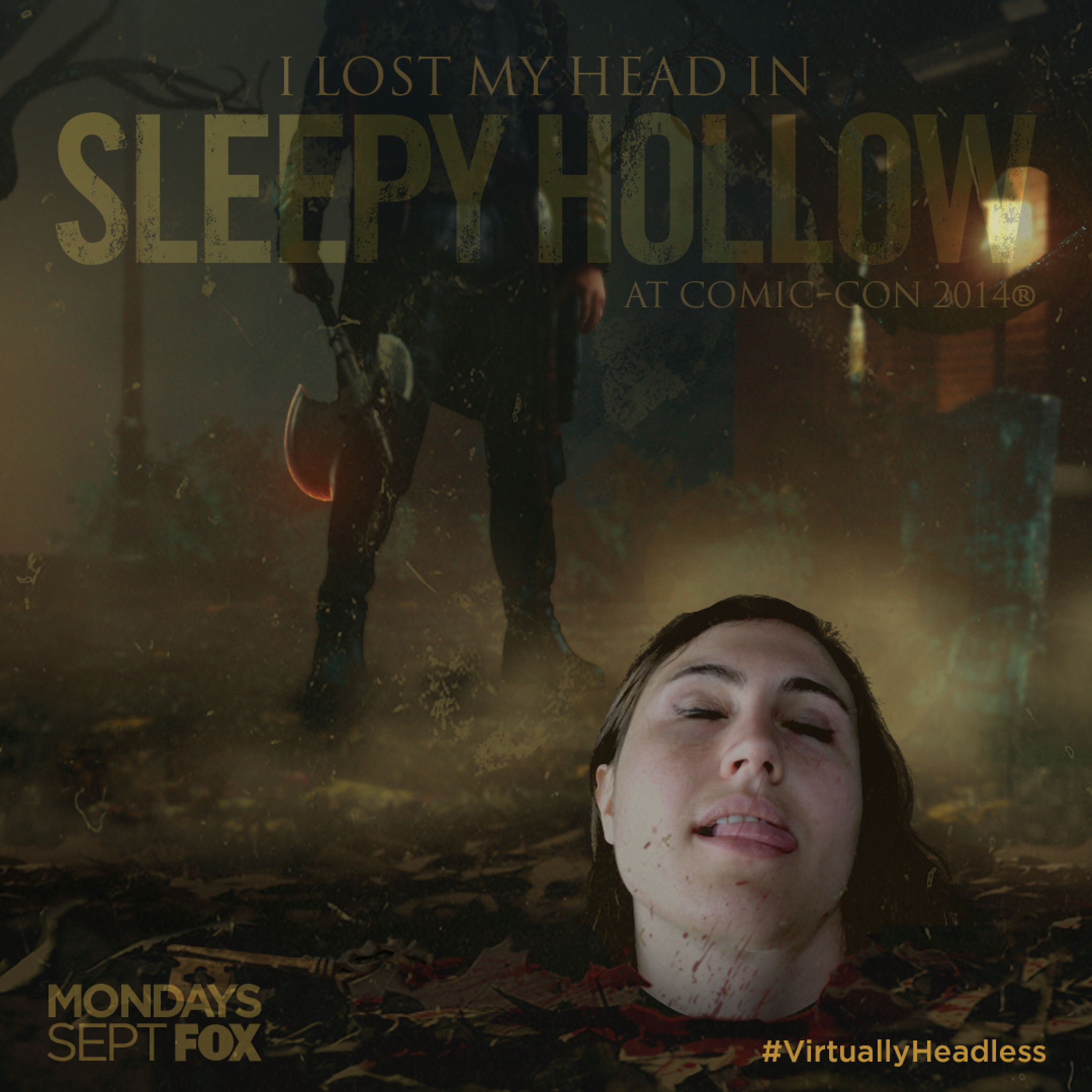 Right now, most people experience VR only through awkwardly ported games or in fleeting demonstrations at conventions and festivals. They’ll only get to read about the weird stuff you can do with the Rift, like hanging out in Jerry Seinfeld’s apartment or entering cyberspace with your eyes or doing street luge. If you’re going to talk about VR as an entertainment "medium," you need to be able to experience those too.

The final version of the Rift development kit is shipping as we speak, and given how much Facebook paid for Oculus, it’s fairly safe to say a consumer version is coming after that. Legendary hasn’t ruled out turning something like "Jaeger Pilot" into a larger consumer game, and at least one filmmaker is pairing a movie with a Rift special feature that will let people look around the lovingly rendered CG sets. There are more low-key meetups and exhibits that let people show off all sorts of VR test projects.

VR isn’t as good as the biggest promises around it suggest, but it’s not just a flashier, more portable arcade cabinet either. It can be a way to explore locations in detail, or simulate what it’s like to have a different body, or meditate quietly in fantastical locations. So if you’re going to a convention this year, have fun. Be a pilot. Look around frantically. But keep hanging on for something more.