This colorful tree is designed to grow 40 types of fruit

Share All sharing options for: This colorful tree is designed to grow 40 types of fruit

Even the most beautiful trees tend to bloom in only a single color, but artist Sam Van Aken is growing trees that turn into a kaleidoscopic array of flowers come spring. A project of his, the "Tree of 40 Fruit," has Van Aken grafting 40 different stone fruit branches onto a single tree, ultimately creating a tree that will slowly begin blooming at the beginning of spring and continue through the season as different varieties hit their marks. Come summer, those will all begin to grow fruits, including different types of cherries, peaches, plums, nectarines, and apricots.

Van Aken, who tells Epicurious that he grew up on a farm, uses a technique called grafting to combine the similar fruit types onto a single tree. His use of the technique is certainly on the uncommon side, though similarly expansive efforts have been done before — The Daily Mail reports that a man in England put 250 varieties of apples on a single tree. Van Aken's trees are certainly designed more for the art of their blooming, but there's a preservation element that he's bringing in to it too. Van Aken says that he tries to include local fruits on each of his trees, as well as varieties that aren't commercially available.

None of the trees appear to be quite as grand in scope yet as Van Aken's gorgeous rendering (above) imagines them to be. For now, they're still young and small, but photos on Van Aken's "Tree of 40 Fruit" website show that they're already beginning to display what makes them so unique. The trees are currently spread across the US, with the majority of them around New York and New England. Epicurious reports that there are 16 of them so far, located in museums, community centers, and some private collections. 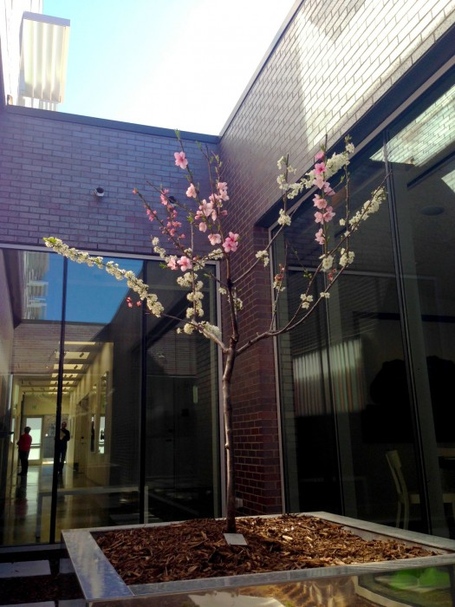 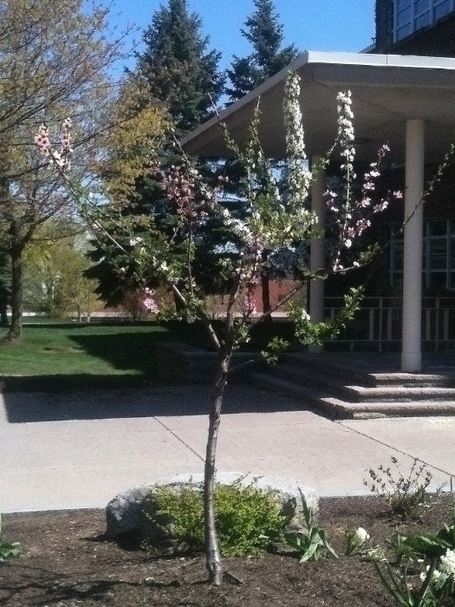 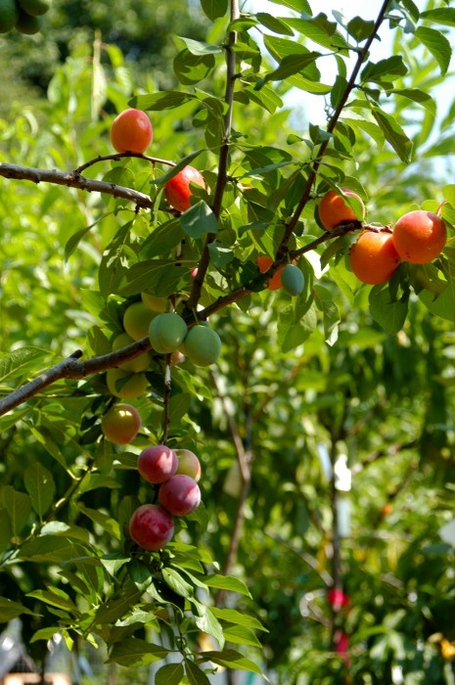