Quentin Tarantino's 'The Hateful Eight' is coming next year, and this is its first poster

Share All sharing options for: Quentin Tarantino's 'The Hateful Eight' is coming next year, and this is its first poster

Quentin Tarantino's The Hateful Eight is back on. After saying that he would cancel the project earlier this year after its script leaked online, Tarantino has slowly begun hinting that he was coming back around to it, and others involved in the project have even suggested that it's preparing to start shooting. Now an ad in the film magazine Empire confirms as much, promoting the movie with a first poster and a premiere date of 2015. The ad also suggests, as the leaked script did, that Tarantino's upcoming western will shoot in 70mm, a rarely used higher-resolution format that results in some gorgeous images.

The 2015 date might be ambitious given that The Hateful Eight doesn't appear to have started filming, but the ad is at least a sign that Tarantino will return in the near future, following up 2012's Django Unchained. The Weinstein Company appeared to confirm the 2015 date on Twitter as well. The Hollywood Reporter notes that while there's no announced cast for the film just yet, Samuel L. Jackson, Kurt Russell, and Walton Goggins have all been reported as having some involvement. As for what comes after this project, Tarantino said over the weekend that he has a very early idea for a sci-fi film, though it turning into a reality by no means sounds like a certainty at this point. 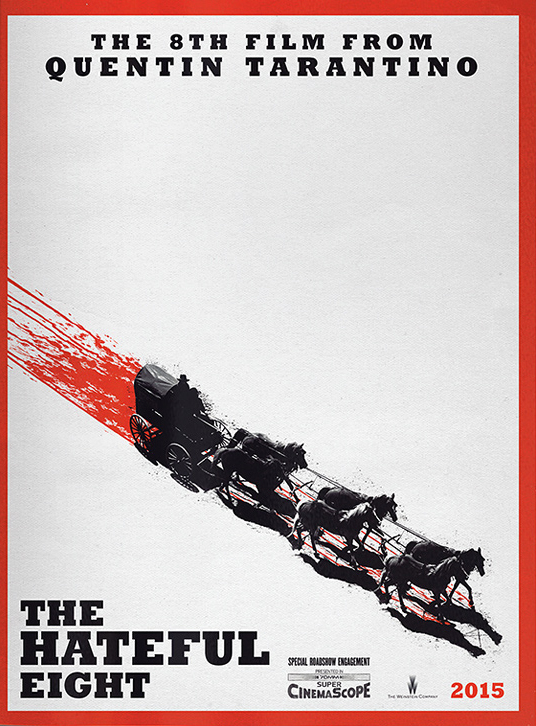