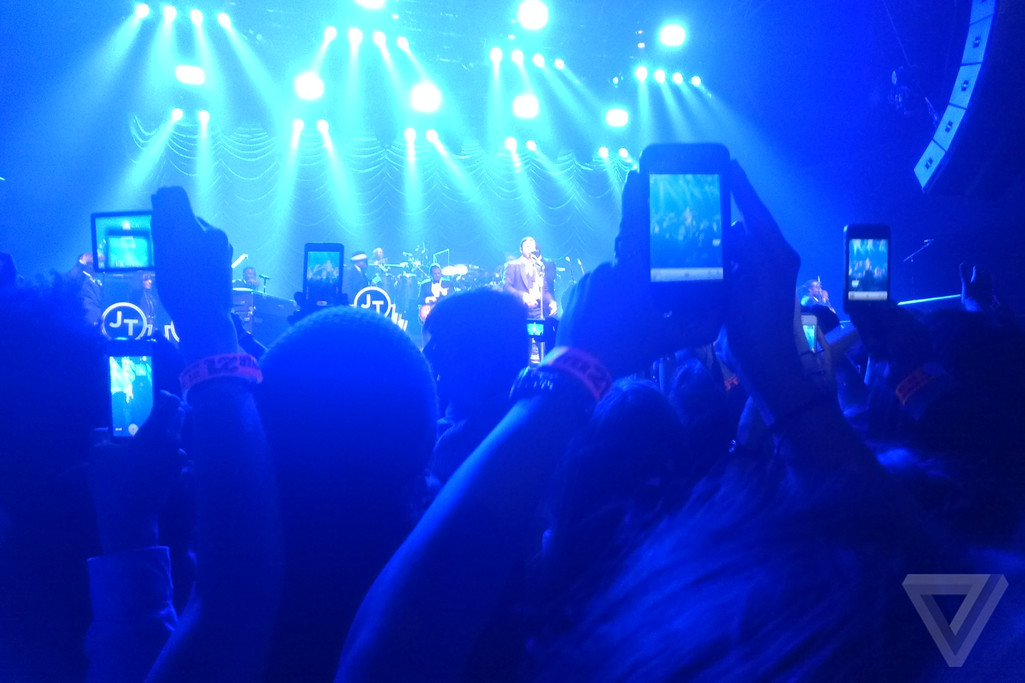 2013 was the year of the Glasshole — the year that technology made one of its most violent entries into our personal lives at bars, restaurants, workplaces, and homes. Public backlash stemmed from concerns about Glass’ clandestine camera, and about fears of being documented publicly without consent. But really, Glass isn’t much different from the cameras we already use. It’s just the most obvious manifestation of our obsession with documentation, the most logical scapegoat for a much larger trend: we’re addicted to recording our lives, and shunning Glass isn’t going to change that.

At a concert for The National a month or so ago, I could barely see the stage over the expanse of glowing smartphone screens. Some screens were Snapchatting, some were Instagramming, and some were just taking photos using the stock camera app. Some of them — the Super AMOLED ones, perhaps — were brighter than others, but all of them were distracting. I hated these people. I hated that they weren’t paying attention. “Put down the phone,” I thought.

A few nights ago I went to another show, this time a much smaller affair for a much smaller band. A few photogs buzzed around the front of the stage snapping photos with DSLRs, but at this show there were otherwise no glowing screens to be found. It made for an almost awkward silence. Keeping your phone in your pants was evidently the cool thing to do at this concert. It meant something. Was the recording fetish over? Then I felt the itch. 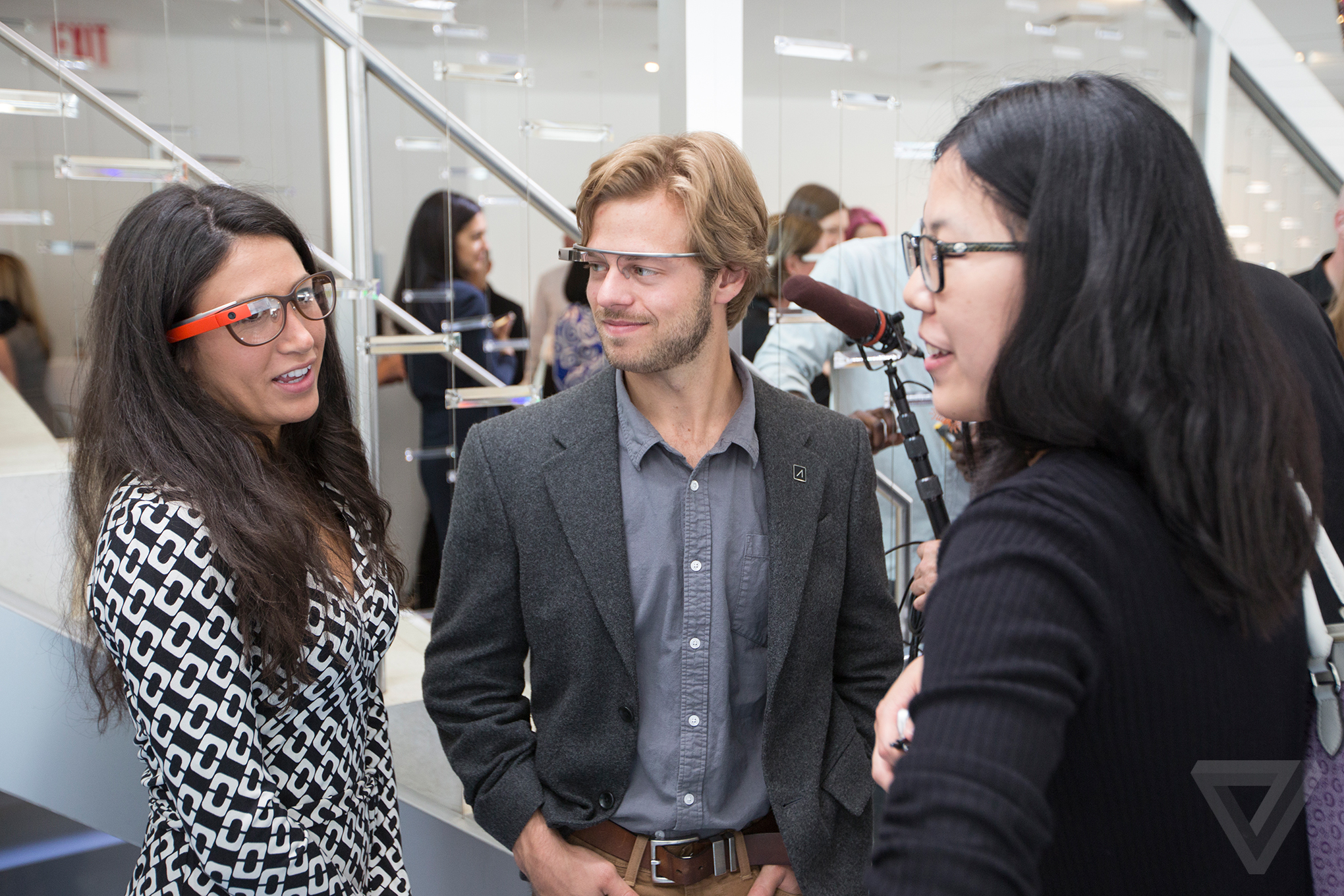 I pulled out my phone and held it up. I needed to record this moment, to remember it, to post it, to share it, to have it. I looked around at my fellow concert-goers, eyes trained on the stage, and I cringed. Were these people more "present," — more "in the moment" than me? Were they farther along in the ever-changing evolution of integrating tech into our lives? Do I have time to add this to my Snapchat Story? If I don’t shoot some photos or at least check in on Foursquare, how will I remember that I was even here? My brain had flipped off. I was recording the band’s best track on video, so my brain had determined that it needn’t make room for this memory. I was the Glasshole, antagonized, drawing side-eye from every possible direction.

In early 2012, sociology researcher Nathan Jurgenson wrote "We are in danger of developing a ‘Facebook Eye’: our brains always looking for moments where the ephemeral blur of lived experience might best be translated into a Facebook post; one that will draw the most comments and ‘likes.’" Jurgenson cautioned, "Are we becoming so concerned about posting our lives on Facebook that we forget to live our lives in the here-and-now?" Today, we have developed much more than a Facebook eye. We’ve developed an eye for capturing anything worth preserving on social media or in our private digital clouds. Capturing the world is addictive, and easier than ever before.

"Now, you convey respect and importance by not taking a photo."

"Some would say that we’ve crossed the threshold of photos being too abundant," says Jurgenson, who’s now a researcher at Snapchat. "[Years ago] if you saw someone taking a photo you’d stop and say ‘That must be important.’ Now, you convey respect and importance by not taking a photo." You could chalk up the phone-less concert to its clientele — a bunch of hip Williamsburg folk — but what’s more important is how young these people were. They were daring themselves not to record a show, and daring themselves to remember it firsthand. These people aren’t technophobes. They’ve just already experienced the age of taking 100 photos per minute, generating a massive photo library, and never looking at any of it. For them, the novelty has worn off. At the very least, they’re more selective about what they’re recording. 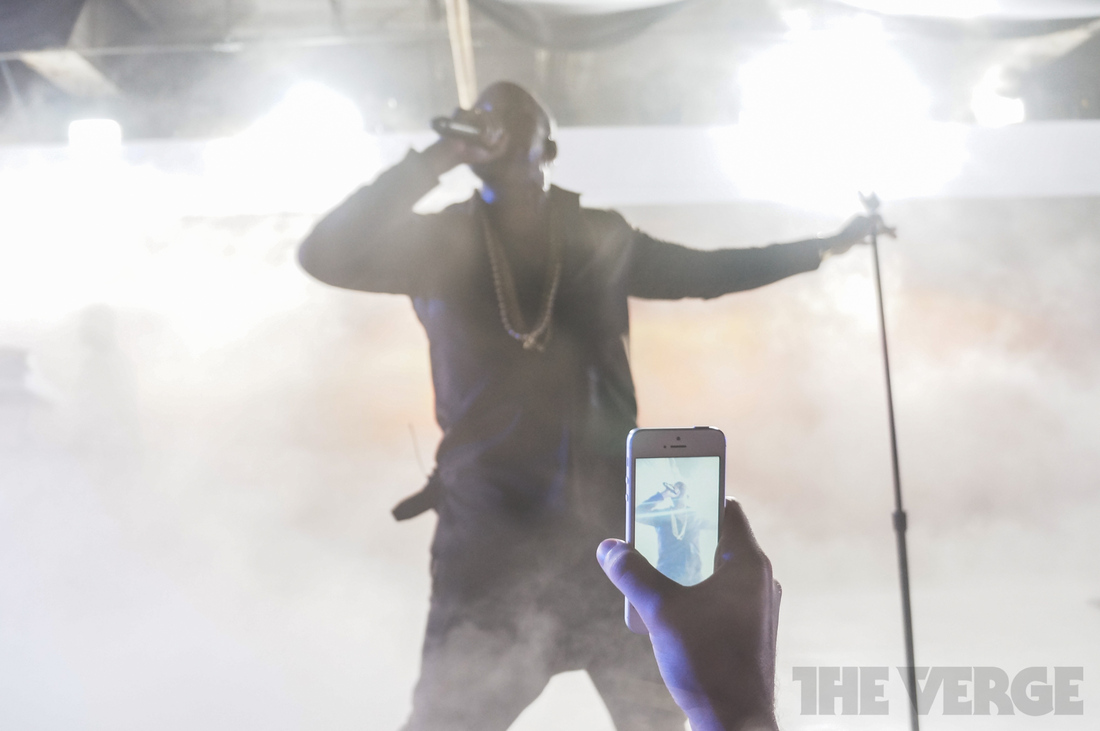 "If you look at pretty much every new technology that comes along, one that offers us some very exciting and catalytic new power, we have a historical tendency to totally overdo it," says Clive Thompson, author of Smarter Than You Think. "We are so intoxicated by it, and then there’s a fairly predictable curve of us recognizing as a society that this is untenable, and we’re acting like freaks. and then we slowly calm down." Thompson points to several similar trends, like your dad constantly shooting home videos in the early ’90s on his new camera, and how everyone used to pick up their cellphone whenever it rang.

"It didn’t matter whatever else they were doing — dinner with families, at church, at temple, at a funeral, if they are having sex, they answer it. It was what you did," says Thompson. "That lasted for five years, but what happens is, the behavior becomes so omnipresent that we begin to notice how we’re acting, and the early adopters start to back away from it. Now it’s unusual for people to lunge for the phone when it rings." I still have the photo itch, but I feel it waning. Five years ago, I used to shoot videos of my favorite song at every concert. Today, I snap a few photos, shoot a video of my favorite chorus, and put the phone back in my pocket. My documentation is less frequent, but more precise.

"The behavior becomes so omnipresent that we begin to notice how we’re acting, and the early adopters start to back away from it."

According to Pew, 80 percent of Americans aged 18 to 29 post photos online, and that percentage is increasing across all age groups. Across Snapchat, WhatsApp, and Facebook alone, we post 1.5 billion photos per day. We are all Glassholes, only to varying degrees, and we’re all still figuring out what a future looks like where we can document anything — a sound, a sight, a 360-degree-panorama — in less than 10 seconds.

In this new world of hyper-documentation we’ll have to figure out what feels right and what doesn’t — new etiquettes and customs and mores. These new norms will focus on utility and also social acceptance. Glass’s whole selling point was "keeping you in the moment," but the gadget is so new and unfamiliar that wearing it, ironically, might actively eject you from the moment (or from a bar). But someday, Glass (in some form or another) will likely achieve its goal. There’s no denying that shooting a concert on Glass is less obtrusive than holding up your phone.

"Glass kind of made me hate my phone — or any phone," writes Mat Honan for WIRED. "Here we are together, looking at little screens, interacting (at best) with people who aren’t here. Looking at our hands instead of each other. Documenting instead of experiencing." Today the line between documenting and experiencing is blurry, but we’ll find equilibrium. "People don’t like [phones out at shows] because you’re putting this moment to work to get likes or followers, that’s the cynical take," says Jurgenson. "The less cynical take is — it’s about sharing your eye, sharing your moment, and in that way documenting can be very much in the moment."

Until we figure it all out, be polite. Put down the smartphone. Then pick it back up. It’s okay.