Share All sharing options for: Adidas wants to put a personal trainer on your wrist with the Fit Smart

Nike might be planning to abandon its Fuelband hardware, but Adidas is taking the opposite path with the introduction of its new Fit Smart fitness tracking device. It’s a wrist-worn tracker that looks similar to the Fitbit and its ilk, but Adidas is shooting for a slightly different market. Rather than measuring all of your movements as typical activity trackers do, Adidas intends for its Fit Smart to be worn specifically when you’re exercising or otherwise performing physical activity that you want to measure. Combined with a completely-redesigned smartphone app, Adidas wants the Fit Smart to serve as more of a training coach than an activity tracker.

"The key to the Fit Smart is having heart rate technology on your wrist," says Paul Gaudio, general manager for Adidas digital sports. Indeed, the Fit Smart measures more than the typical activity tracker — beyond heart rate, it also calculates calories burned, your pace, total distance, and stride rate for applicable activities. The heart rate data powers one of the key metrics for the Fit Smart. The wristband’s LED array will reflect the user’s intensity level though blue, green, yellow, or red lighting, providing instant feedback on how hard you’re working, all based on your custom heart rate threshold. 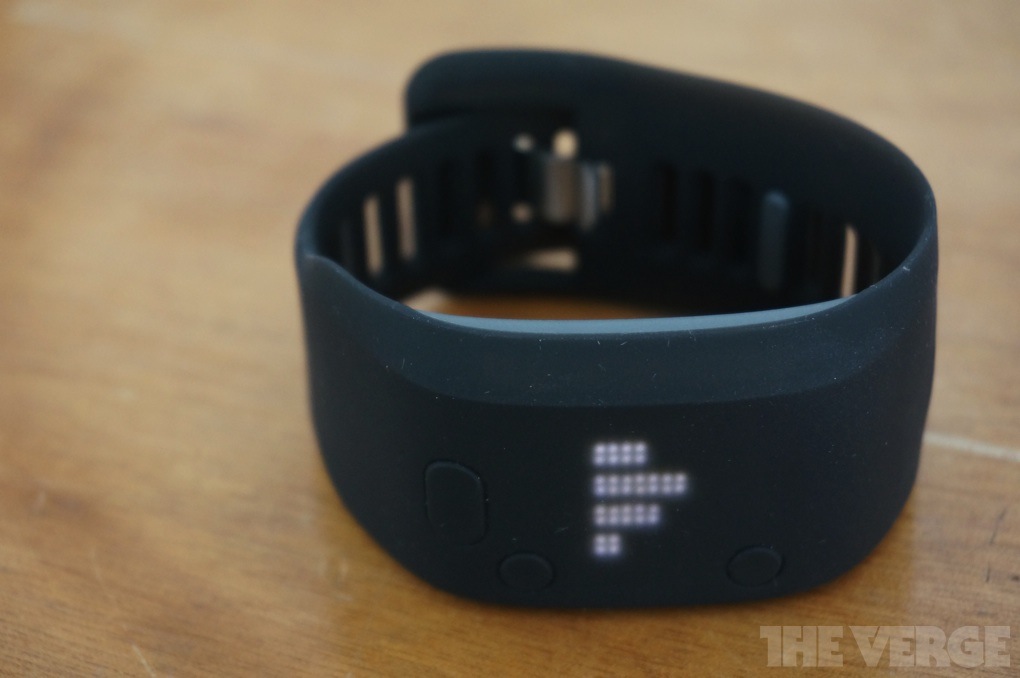 Since the same heart rate doesn’t mean the same intensity of workout for different individuals, the Fit Smart puts users through a baseline workout to gauge the individual user’s stamina level. Once it knows your level of fitness, those four colored intensity zones form the basis of the Fit Smart’s training features. Unlike the rather bare-bones Fitbit app, the Adidas MiCoach app includes a number of other features beyond simple tracking: the company says it’ll also include "hundreds" of training plans for a wide variety of workouts.

Your heart rate is the key

The newly-updated MiCoach app (launching on iOS and Android alongside the app) is where you’ll set your workouts. Weekly goals, like making sure you spend a certain number of minutes each week in each of the four workout intensity goals, are meant to be easily attained at first and are there to help users in the habit of exercising and tracking their progress. 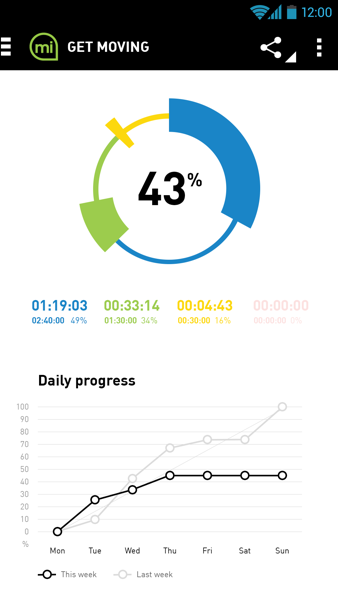 Adidas is also including more long-term focused goals, like run a 10K. And while that overall goal might be one that hundreds of other users choose, the MiCoach app tailors it specifically based on your fitness level and how intense of a workout you can handle, based on the historical activity it collects. "We’re trying to put a fitness coach on everyone’s wrist," says Gaudio. "Our whole philosophy and approach is to help athletes get better."

As for the device itself, it keeps the same utilitarian look found on most wrist-based fitness trackers, though the abundance of black or white plastic makes it a bit less stylish than options like the Fuelband+ SE or the Jawbone Up. However, given that Adidas doesn't mean for it to be worn constantly, its fashion sense is less important than its utility. The silicon band is fairly comfortable, and its relatively wide front face provides for a fairly large and readable screen — it should be fairly easy to glance at your wrist and get a status update on your workout. The Fit Smart can hold 10 hours of workout data, which can be synced back to your account over Bluetooth.

Given its expanded capabilities over competitors like Fitbit, it’s not terribly surprising that the Adidas Fit Smart will retail for $199 when it launches in August — $50 more than the Jawbone UP and Nike Fuelband+ and a full $100 more than the Fitbit Flex. But for athletes who want to improve their performance rather than just track how many steps they take, Adidas is betting the extra money will be worth having more diverse data and more customizable options for training.