Share All sharing options for: 12 Android Wear apps you need to try

Android Wear apps are here. The first Android Wear devices are just getting into the hands of early adopters this week, and a number of Android app developers have updated their offerings to support the new wearable platform. For most, the primary purpose of Android Wear will be to get notifications on their wrists, but the platform is actually capable of doing much more. It can count your steps, perform searches via voice commands, and of course, tell you the time. Third-party Android app makers can extend their smartphone apps with extra functionality to make use of the devices people wear on their wrists.

Getting Android Wear apps on your wrist is as easy as installing the corresponding app on your phone and then syncing your watch with the Android Wear manager app. Once installed, you can open the apps by saying “Okay Google, start [app]”, or by scrolling down to the Start section and manually launching them. In my experience, launching apps by voice is very hit or miss, and having to scroll through menus on your wrist is quite tedious.

It’s important to keep in mind that these are just the first wave of apps for a brand-new platform, and many of them are lacking in functionality or don’t work very well (assuming they work at all). But that doesn’t mean that you should ignore them wholesale; here are 12 apps worth checking out. 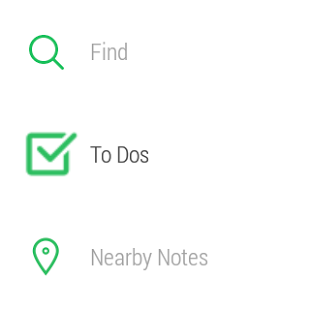 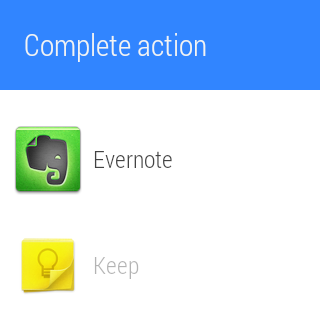 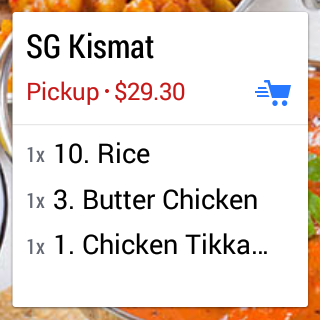 Evernote Wear. Evernote’s Android Wear app is more advanced than most: in addition to providing notifications on your wrist and taking down new notes by voice, the app lets you search for and browse your existing notes. You can look for notes based on your location, time, or just look at the notes that have to-do items in them and check them off as they are completed.

Google Keep. If you’re not an Evernote user, Google’s own note-taking service lets you dictate notes from your wrist and check off items from your to-do list. Keep doesn’t have the search functionality of Evernote Wear, but it’s simple and easy to use.

Eat24. Eat24’s Android Wear functionality was highlighted during Google’s I/O developer conference, and for good reason: it feels pretty futuristic to order a pizza from your watch. The app is limited to reordering from your favorite restaurants with a voice command or a few taps, though, so you’ll have to jump to your smartphone for any advanced searching or special orders. 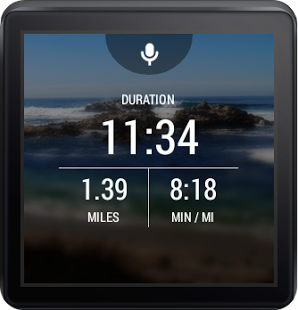 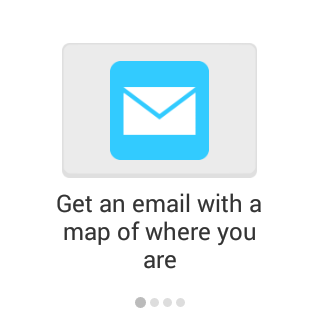 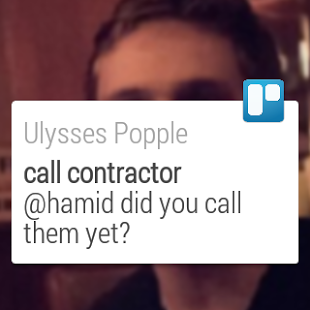 RunKeeper and Runtastic. The LG G Watch and the Samsung Gear Live will count your steps automatically right out of the box (and the Samsung is even able to measure your heart rate), but neither go beyond the basics. RunKeeper and Runtastic have stepped up to fill the void: either app lets you start tracking a run with just a voice action, and you can see detailed progress and stats during and after. Unfortunately, both apps require that you carry your smartphone with you on your run, since neither app has true GPS functionality for detailed distance tracking.

IFTTT. If This Then That (IFTTT) might be the most powerful Android Wear app released yet. Just like its web-based and smartphone counterparts, IFTTT for Android Wear lets you set up various recipes that can be quickly triggered — in this case, by just pushing a button on your wrist. Some popular recipes include displaying a picture on your wrist after you take it with your smartphone, a quick button to mute your phone’s ringer without taking it out of your pocket, and a "find my phone" function.

Trello. Trello is one of the first to-do list and project management apps to offer compatibility with Android Wear. Trello for Android Wear lets you dictate new cards right from your wrist and reply to comments on existing cards and act on notifications without using your phone. It’s a bit kludgy, and not really any easier than just using your phone, but if you need to reply to that Trello comment as quickly as possible and are double-fisting beers at the bar, the Android Wear app will let you do it. 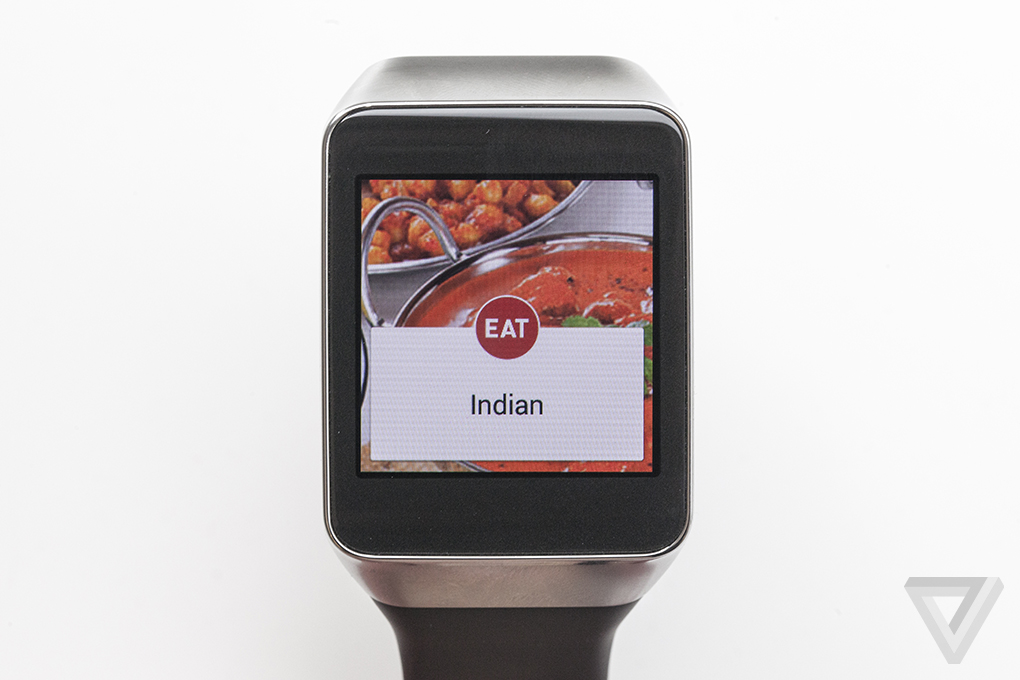 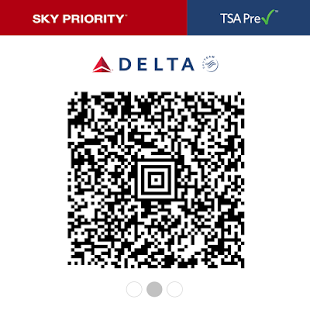 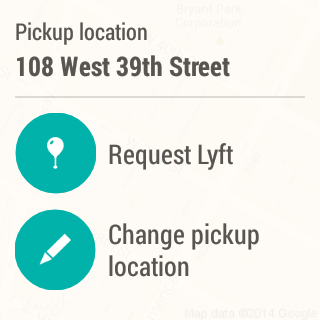 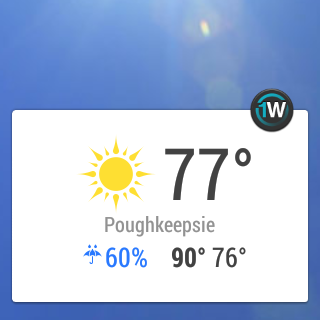 Fly Delta. Fly Delta for Android Wear lets you load your boarding pass right on your watch once you’ve checked in to a flight, so there’s no need to pull out your phone when boarding a plane or going through security. (American Airlines has also updated its app for Android Wear, though it’s limited to just flight status notifications.) It just doesn’t feel like the future if you can’t wave your wrist in front of a scanner and get on a plane.

Lyft. Lyft is the first app of its kind to support Android Wear, letting you call a car to one of your saved locations without ever touching your phone. It maps to Android Wear’s built-in car-calling command, so the voice command for "call me a car" will get a Lyft driver on their way to your location in moments. Chances are, we’ll soon see similar functionality from Uber, Hailo, and other car-service apps in the near future if Lyft isn’t your ride of choice. Getting a ride home from the bar has never been easier.

1Weather. Google provides basic weather functionality on Android Wear watches via Google Now, but if you’re looking for something more, 1Weather gives you more detailed forecasts on your wrists. Like many Android Wear-enhanced apps, 1Weather doesn’t have a whole lot of functionality outside of notifications, but it is possible to read severe weather alerts and see multiday forecasts without ever touching your phone. 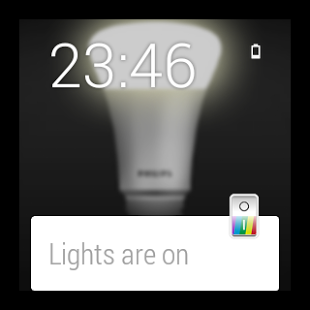 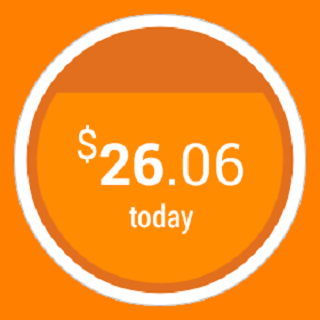 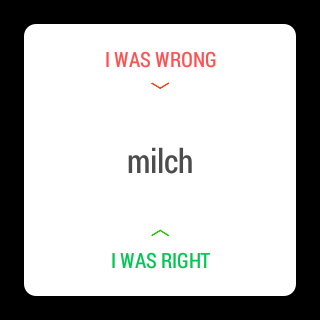 Hue Control. Do you own a set of Philips Hue lights and an Android Wear watch? Well aside from being on the cutting edge of the Internet of Things, you can use the Hue Control app to turn on and off your lights right from your wrist. A tap on a button or a Star Trek-style voice command will turn on all of your Hue lights or just a specific group or room. You can even adjust the brightness and color temperature of the lights right from the Android Wear app.

Level Money. Calling the bank to get your account balance is so 20th century — Level Money lets you do it all right from your wrist. Level Money’s Android Wear app shows you your last transaction as well as how much spendable money you have left in your budget. Your excuses for overdrafting are now a thing of the past.

Duolingo. Popular language-training app Duolingo is great on your smartphone and even more useful when you have Android Wear. Duolingo doesn’t take advantage of Android Wear’s voice actions, but you can create flash cards that display on your wrist for quick practice while on the go.