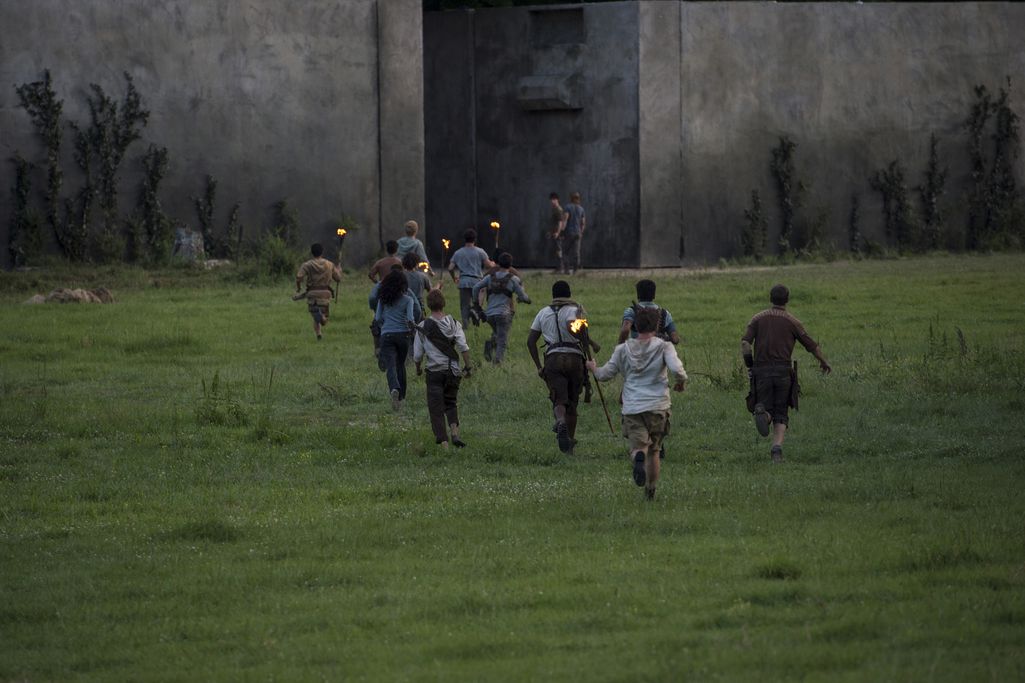 There were a ton of trailers released during Comic-Con last week, but that hardly means that movie studios need to slow down. For one, some of the best trailers shown exclusively inside of Comic-Con's halls are finally coming out for the rest of the world to watch, and on top of that, a number of other big titles are now trying to win over our attention. Below are four new trailers followed by five exciting ones from earlier in the week that you’ll want to catch up on if you haven’t already seen them.

There’s something great about movies like Cube where their cast is just stuck inside of a giant puzzle trying to find a way out, and you the viewer get to watch as its mysteries unfold. The Maze Runner, the latest in a long line of young-adult novel adaptations, looks like it should be a lot like that. It’s scheduled to come out on September 19th.

As though you really needed an idea of what an Expendables movie would be about, the latest trailer for Expendables 3 makes it loud and clear as Stallone looks out toward his crew and says, "Let's do what we do." The movie has actually leaked online, even though it's not coming out until August 15th, but that may not be the worst thing for such a blockbuster of a film.

Netflix's next original series is a raunchy, animated comedy that has Will Arnett voicing a washed up actor who happens to be a humanoid horse and Aaron Paul playing said horse's best friend. It builds a strange world, to say the least, and it'll all be available to stream on August 22nd.

Mash up a bunch of classic fairy tales and tie them all together into a musical featuring some huge stars, and what you’ll get is Into the Woods. This first teaser doesn’t reveal much (including any of the singing), but musical fans will still want to pay attention. Meryl Streep, Anna Kendrick, and Johnny Depp are among the huge names on board, and it’s said to have producers from Wicked behind it all to help bring Stephen Sondheim's classic songs to the screen.

When director Christopher Nolan said at Comic-Con that Interstellar would be his grandest movie to date, he really wasn’t joking. This latest trailer for Interstellar takes us off of Earth, into space, and back down onto another world. Start getting excited, the movie comes out just a few months from now on November 7th.

Michael Keaten used to be Batman. Now he’s Birdman, sort of. Just like in real life, Keaton’s character in Birdman used to be the star of a popular superhero series, but it’s been a long time since then. The movie shows him as a washed up star dealing with his fame in dark and surreal ways. It’ll be out October 17th.

The Hobbit: The Battle of the Five Armies

Peter Jackson’s final trip to Middle-earth arrives on December 17th, and this week we got a first look at it. The first trailer for The Battle of the Five Armies is a quick remember of just how epic these films are in scale — and also of just how poorly things are starting to look for Bilbo and crew.

After releasing some creepy propaganda videos and some stylish fashion shots, The Hunger Games finally gave a real look at Mockingjay's first part this week. It’s a careful teaser that’s as concerned with building mood as it is riling fans up with a lot of action, and that’s a good sign for what we’ll see in theaters come November 21st.

Sin City: A Dame to Kill For

Sin City is all about style, and that's what its latest and longest trailer is all about. Take a look at how the gritty noir is mashing up film with its comic book roots, see just how violent things are going to get, and try to spot a cameo by Lady Gaga. It'll be in theaters August 22nd.