Share All sharing options for: WWE Network isn't yet the streaming champion Vince McMahon wants it to be

When Vince McMahon proudly announced WWE Network at CES in January, he essentially gave wrestling fans everything they'd ever wanted. The 24/7 streaming network offers access to WWE's massive vault of past pay-per-views. You can watch Hulk Hogan take on Andre The Giant at WrestleMania 3, then jump forward 14 years and see Hogan versus Dwayne "The Rock" Johnson at WrestleMania X8. (The latter match is way better.) There's plenty of other programming from years past, and newer original shows. All for $9.99 monthly with a six-month commitment.

It seemed like an absolute bargain for fans, and set WWE on a new trajectory that will ultimately abandon the old, $60 Sunday night pay-per-view formula that's lined McMahon's pockets for decades. (WWE Network lets subscribers stream those monthly events live at no extra cost, a generous inclusion that angered many cable providers.) The company still performs well on cable every week with Raw and Smackdown, but pay-per-view revenues are expected to vanish within a year. The network is WWE's daring bet on its own future. Only there's a problem. Right now, Vince McMahon is learning that you can give wrestling fans everything they want, but there's no guarantee they'll pay for it.

It's a true dream product, so why is adoption slow?

Yesterday, alongside news that it's soon bringing WWE Network to 170 new countries, WWE announced that there are currently 700,000 subscribers in the United States. For the first-of-its-kind effort to become profitable, the company has said it will need to tally roughly 1 million paying customers. The unofficial goal is to reach that marker by year's end. Looking down the road, 1.5 million subscribers could result in profits up to $120 million in 2015 — assuming WWE can get there. Assessing the 700,000 number alone, you might think the company is making strong progress. That's not exactly the case. 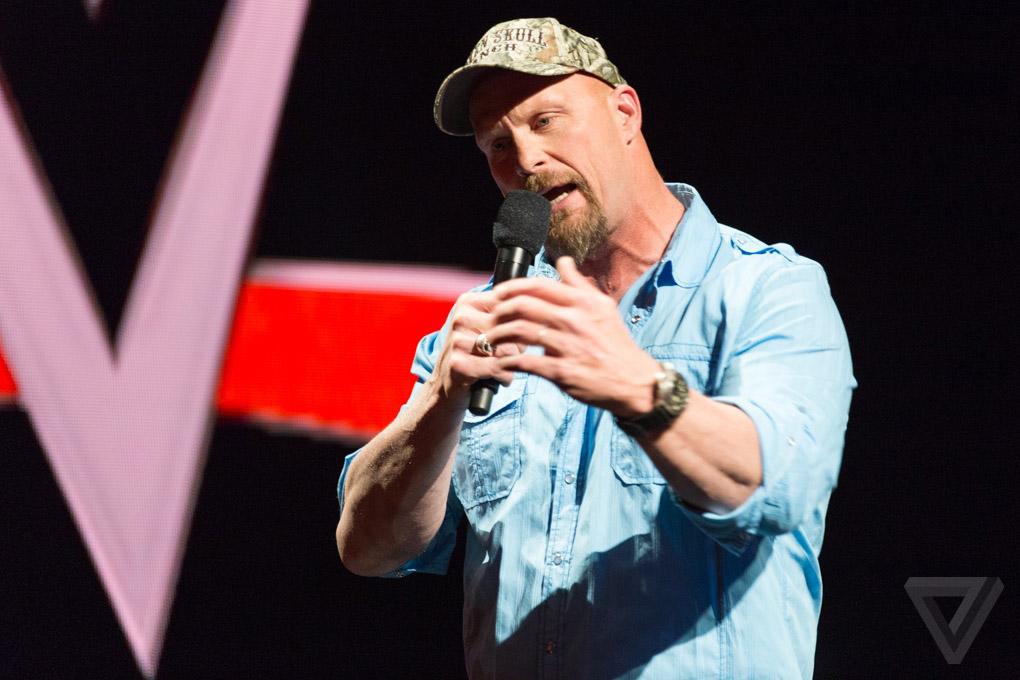 In April, buoyed by subscribers rounded up ahead of WrestleMania (pro wrestling's Super Bowl), WWE said it had 667,000 subscribers. Since WrestleMania, 161,000 subscribers have signed on, but only 33,000 of those represent net additions. So an alarming number of people — around 128,000 — have already bailed on the service. They never even made it through the initial six-month commitment. They didn't stick around long enough to stream SummerSlam, WWE's pivotal summer pay-per-view. This year it's headlined by John Cena and former UFC star Brock Lesnar, a main event WWE no doubt hopes will bump the network subscriber count higher. After that, there will be a several-month lull until WWE's next flagship event, which occurs in November. The company's "big four" events (WrestleMania, SummerSlam, Royal Rumble, Survivor Series) always draw fans in. It's the many weeks between them that will be the real test. For now it's too early to tell how loyal WWE Network subscribers really are.

On yesterday's earnings call, CFO George Barrios said that the churn WWE is seeing right now relates to payment issues: declined credit cards, disputed charges, and customers who simply couldn't afford to hang on for the six-month ride. So the WWE came up with new payment plans. Now, subscribers can pay $60 up front rather than deal with recurring $9.99 payments over six months. You can also avoid commitment entirely and pay $19.99 for one month of WWE Network, but that seems awfully high — almost harkening back to traditional pay-pay-view rates. McMahon said his company will keep experimenting with pricing structure.

One of those experiments will be led in Canada, where Rogers just signed a 10-year agreement with WWE that packages its regular TV programming with WWE Network as a pay channel, one customers can tune to just like HBO or Showtime. "They’re Canadian. They tend to look at things differently," McMahon said Thursday in his usual, gravel-voiced tone. But going in that direction sacrifices an important perk of WWE Network: on-demand content at your fingertips. Barrios said the company plans to offer an authenticated mobile app giving Canadians access to the deep programming vault and other features. Most every other country that's part of the pending international rollout will get the same exact WWE Network experience we do: it'll only be in English. Localization will have to wait until later. The international push is still a big deal, since it's guaranteed to bring in new subscribers and push McMahon closer to his 1 million goal. It could also help WWE fudge the numbers and make it difficult to assess how the network's faring in detail.

This over-the-top experiment is about way more than wrestling

If things pick up, that won't be necessary. But for now it's all very slow going — and there's no obvious reason why. Why isn't WWE Network attracting more of the millions of fans watching Raw every week? 4.32 million people tuned in to USA on Monday night. Where are they? Ask Barrios, and it's all a matter of awareness. "Part of it is people getting comfortable with it being something they want to shift to. The pay-per-views were a behavior we trained for 30 years and people don't change overnight," he told the Associated Press. "It's time and awareness." But ask anyone who's seen WWE programming over the last seven months, and they'd laugh at the idea that a single viewer could be unaware of WWE Network. It's mentioned at every conceivable turn, and demonstrations of how to use it often break up the in-ring action. I've seen Jerry "The King" Lawler fumbling around his iPad more times than I can count.

WWE Network is an exceptional product if you're a wrestling fan; there are no gotchas or cheap tricks, and the service offers everything it claims to. It's also about way more than pro wrestling; Vince McMahon's gamble is a critical experiment in true over-the-top programming. Can an internet audience be WWE's foundation of the future? Success would mean only good things for consumers and encourage other entertainment companies to take similar risks. But unlike the matches that fill McMahon's shows, this outcome is anything but predetermined.