If you're in the market for a TV right now, we'd recommend you pick up one of Samsung's last plasmas while there's still time. But LG knows that plasma is on the way out, so it's already making an aggressive move to inherit the "best TV" mantle with its new $3,499 55-inch, curved OLED HDTV. It's available for pre-order from Best Buy now and will arrive at stores on August 24th. Other retailers will also be stocking the TV after Best Buy's brief period of exclusivity. Yes, this TV is "only" 1080p — not on par with the 4K norm that the industry has been sprinting towards — but resolution isn't the story with OLED. Once you've seen the deep blacks (which often outclass even the best plasma sets) and eye-popping contrast that these panels give off, any reservations about the lack of 4K are likely to subside. 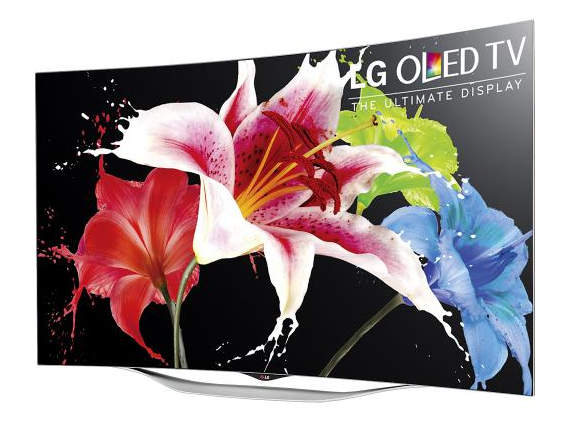 LG's latest OLED is also its first to run webOS, though the company's other TVs have been running the repurposed OS for months now. LG claims this is the first curved OLED TV that can be wall mounted, which is definitely the way we'd go considering it's edge-to-edge picture. Other manufacturers have stumbled in bringing OLED to market, but the 55EC9300 marks LG's third such TV released over the last 13 months. The $3,499.99 cost is definitely on the high end for a 55-inch set, but nowhere near as bad as previous OLED TVs.

And make no mistake: the company is absolutely trying to lure in disenchanted plasma enthusiasts, who in a few months will have no place to turn. "In the wake of plasma's decline, it's more important than ever to bring OLED to consumers who are looking for the highest level of contrast and color performance," Dave Vanderwaal, LG Electronics USA's head of marketing, said in a statement. That's probably a good strategy, since many TV buyers focus on price above all else; it's nearly impossible to beat Vizio there. Still, some questions about OLED TVs (i.e. longevity) remain, so if you're buying in at this early stage, just keep that in mind.