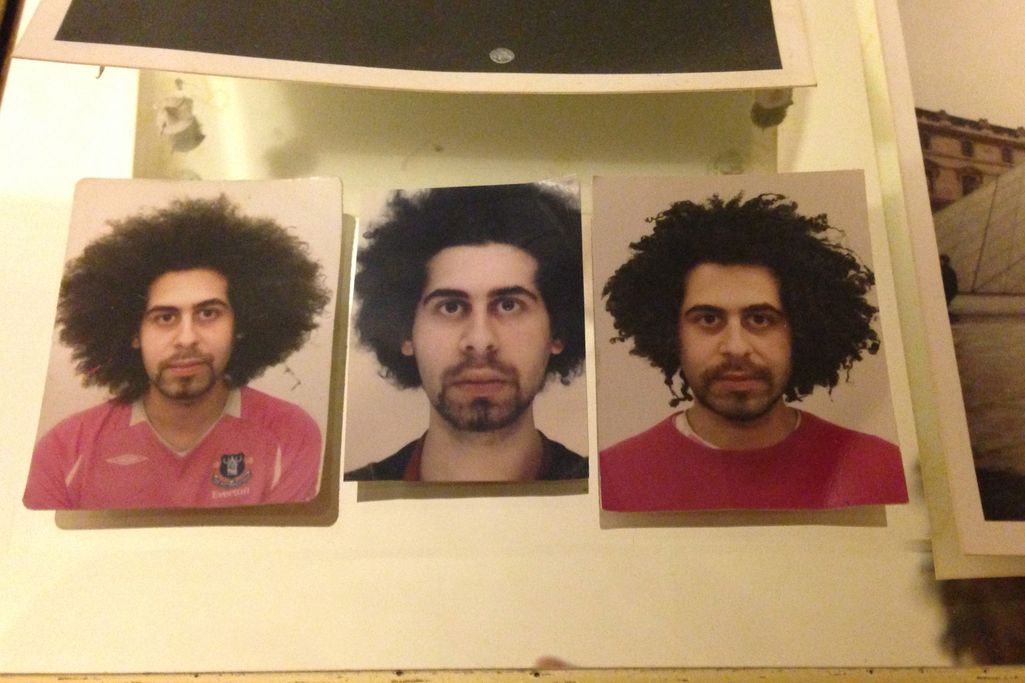 Mark Stone began with an undercover law-enforcement mission in 2002. Scotland Yard’s intelligence service was concerned about a growing trend of environmental protests in England, and in a controversial move, they decided to put a man on the inside that could give them early warning on upcoming actions. They chose Mark Kennedy, an officer coming off the undercover drug beat. They gave him a new name, changing Kennedy to Stone. Kennedy grew his hair out into a ponytail, got piercings and tattoos, and started staking out protest groups. As Stone, he became popular in the movement. He protested a dam in Iceland and fell in with anarchist groups in Germany and Italy. In an action at England's Drax Power Station, he was beaten by riot police who had been called in based on his information. They broke his finger and dislocated a disc in his back.

In 2010, the ruse fell apart. His girlfriend found a passport bearing the name Mark Kennedy, and little by little, the threads came loose. In January of 2011, The Guardian published his picture, setting off a massive scandal and forcing Kennedy to give up on Mark Stone for good. In an interview with the paper, he described the eight years of undercover work as an existential ordeal. "I know I have these core values," he said, "but it's going to be a long process to find out who I am." With that, he seemed to have left Stone behind.

But in the summer of 2012, Mark Stone reappeared, reactivating his old email and setting up a bank card with the same signature but a new address. A photo ID from the British Library showed Stone with a new face, a dark-eyed man with a mass of bushy black hair. The Stone identity had a new pilot, an artist named Simon Farid.

Farid calls the practice "identity-squatting": finding a name that's been abandoned and moving in. He had created identities from scratch before as part of his artwork as a way to explore what it means to shake off the baggage that comes with a name. How does it feel to live for a few hours as someone else? He had organized wallet swaps as a way to give the public the same experience, a chance to walk around town with someone else’s ID in your pocket. Mostly, people found it upsetting. With Stone, he was hoping to push the project further, taking over an identity someone else had lived in and take over their baggage along with it. He had followed Kennedy's troubles in the paper, shocked at the police overreach, and decided Stone would be the perfect target. "It seemed like an extreme version because of the state's collusion in it," he says.

Being SF, walking through a city centre, is a series of relationships, mostly with machines, with bank card machines and CCTV cameras. I move through a city and somewhere inside me I am aware of these relationships, that each second, each step is a reconfirmation of my identity. Like SF is always in question, and these machines are in a constant process of re-confirmation… I have begun to feel that we are actually far more aware of this than we think. That we carry around this process with us (which we literally do, in our wallets and on our faces) and it weighs us down.

-Excerpt from Farid's diary as Stone.

Reassembling Stone’s identity was easier than you might think. Farid looked at environmental forums Stone had posted in and found his email, now long since abandoned. After guessing some security questions and chatting with a Yahoo service rep, it was easy to reset the password. He set up a DIY mailbox on a public fence, labeling it with an unused address and signing it up for mailing lists so he could receive mail as Stone. He used that mail to get a bank card, then used the bank card to get a photo ID from the British Library. He stopped short of buying a SIM card with Stone's old phone number, but only because he didn't want to spend the money.

With the IDs set up, Farid could become Mark Stone whenever he wanted. He would typically spend the weekend as Stone, leaving town with only Stone’s library ID and bank card to identify him. He left his phone and wallet with roommates, instructing them to withdraw money for him at regular intervals so that, from the records, it would seem as if Farid had never left. He signed his new name on train tickets and hotel registers, paid for them with money from the new account. He kept a diary and didn’t use the name Farid with anyone, trying to stick as close to Stone’s backstory as possible. In his closest brush with the law, he traveled to Holland for a conference and was searched at the border. The customs officers went through his bag and found both sets of IDs, for Farid and for Stone, the same slip that had given Kennedy away. As it turned out, they didn't care. They were looking for drugs, and had a lot of bags to check.

From the right angle, this looks a lot like identity theft. Fast-talking customer service (as Farid did to get into Stone’s email) is a common tactic for identity thieves, and so is playing one form of ID into another. Scammers will look for tiny pieces of information like the last digits of a Social Security number and use them to convince customer service reps that they really are who they say they are. Once they get in one account, they move to another: from email to post box to library ID to bank card. For crime or for art, this is how you create an identity from scratch. Farid's case is only different because there was no one to call his bluff. Fraud protections usually kick in when there's a mismatch between the service and the real person, like a purchase on your account that you say you never made. But since there is no real Mark Stone, there’s no way to verify anything. Without a victim, it's hard to say Farid is even committing a crime. He's as much Mark Stone as anyone else.

I decide to try being MS for the duration of my trip to Bristol. This would involve booking train tickets in his name, staying in a hotel in his name, leaving all SF identifiers behind. I travel to an internet café on the other side of London to book my ticket, being careful of IP addresses and potential maps that could be constructed from MS’ intermittent appearances on the internet….I am conscious that this kind of superficial paranoia, self-generated paranoia, is annoyingly like what an observer would predict I would end up feeling like, attributing a level of importance to my actions that really isn’t there. Maybe I want to be watched? Don’t we all, somewhere? I’ll think on this.

-Excerpt from Farid's diary as Stone.

In another way, it's more like espionage than fraud. Building and maintaining false identities is a time-honored part of the spy business, and most of them start with the same raw materials Farid was assembling: bank card, photo ID, address. But in places, Farid couldn’t get further than the identity the police had created for Stone. He looked for a National Insurance number, an all-purpose ID that works like the British equivalent of a Social Security number. It would have been useful, but Stone never got one, putting a limit on Farid's caper.

Farid felt the day-to-day stress of spy work too. Would he pause awkwardly if someone asked his name? In one diary entry, Farid checks into Stone's online banking system, and is rattled when the site asks him to confirm his address. Are they onto him? He smokes a cigarette to calm down. Later, in a coffee shop, a barista flirts with him and asks for his name. He tells her his name is Mark, although isn't sure he wants to.

When Farid enjoyed himself, it was mostly because he forgot about upholding the Stone identity or even the Farid identity. In the diary, he describes "a very powerful feeling of euphoria" from walking around the city without his usual name. "All the pleasures of it had to do with being anonymous," he told me. "There was no enjoyment from being Mark Stone, but there was lots of enjoyment from not being Simon Farid."

That's a familiar feeling if you've spent any time in the deeper corners of the internet. As Google and Facebook try to pin users down to their actual names, people rebel, starting sham profiles or dropping off the system entirely. For Farid, the desire is understandable. Slipping into the new name is an important right, and a right some already have. "A limited company, I think, that’s another identity that rich people have. Rich people have lots of identities," Farid says. "People like you and me have two identities — we have a body and then we have the one you’re talking to now." Behind the name Simon Farid, there was something else, something harder to define. Being Mark Stone was just another way of getting to that, like an online persona. It’s a powerful tool, even if all you do with it is leave a comment or two. "There's a kind of pushback against the system that's satisfying even if you know really it's not doing anything," Farid says. "I'm unsure exactly what's changed when I'm just walking around."