Elective Surgery: 'The Knick' is bloody, brutal, and brilliant

Elective Surgery: 'The Knick' is bloody, brutal, and brilliant

It’s a testament to the inventiveness of The Knick, Steven Soderbergh’s new medical drama, that it’s hard to know what to fear more: turn-of-the-century ailments or the antiquated tools used to cure them. Golfball-sized hernias, or primitive cauterization? Syphilitic holes in your face, or what passed for a cosmetic skin graft in 1900? The much-hyped show is at first completely overwhelmed by pressing issues such as these.

The pilot, which aired on Friday, is a little weighed down by all the gore and period detail. Characters have big expansive thoughts like "God always wins." But if it seems like a bit much, I encourage you to keep going.

For those of you catching up: "The Knick" is the nickname given by its staff to New York City’s Knickerbocker Hospital. The year is 1900: a time when, as we learn in the show’s first few minutes, "more has been learned about man’s body in the last five years than in the previous 500." Enter Clive Owen’s Dr. John W. Thackery, a character based partially on the famous surgeon William Halstead, rumored to be the inventor of the blood transfusion and the medical chart.

Though he practices in an underfunded hospital, Dr. Thackery is regarded as one of the best surgeons in the city in a time when to be a man of science was akin to being a rockstar. Case in point: Dr. Thackery’s white lace-up boots, a vain little affect that, when combined with his formal suit, look weirdly similar to the sneaks-and-formal wear look favored by some of our modern-day disruptors. 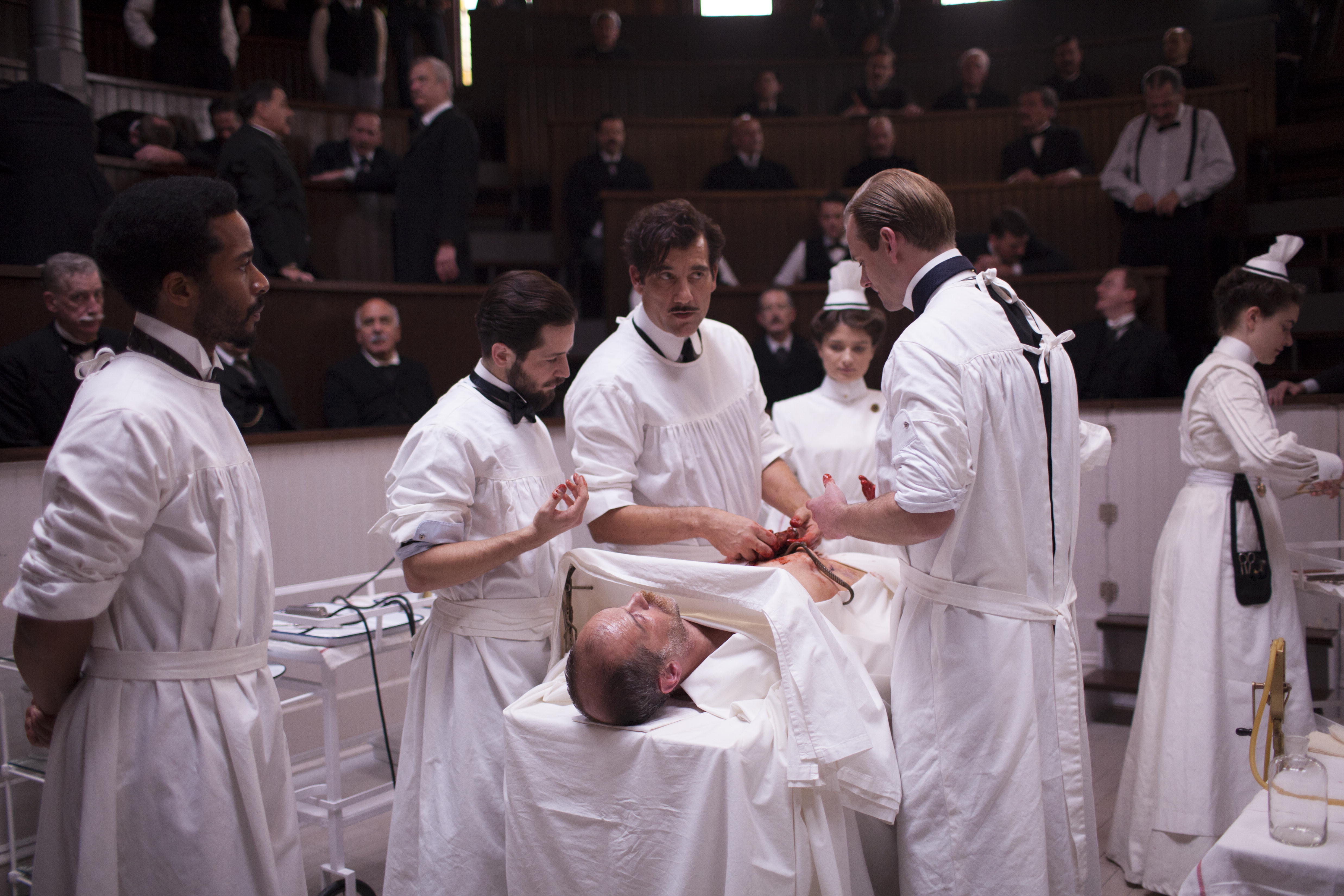 That Dr. Thackery is addicted to the drugs he prescribes (in this case, liquid cocaine, used as an anesthetic at the time) should come as no surprise. Where he injects it, fully utilizing the breadth of his medical knowledge, might be. Orbiting around his brilliant-but-tortured persona and pencil mustache is a large ensemble cast playing characters who, if not brought together by the grim circumstances of the Knick, would otherwise never collide. Of note are Jeremy Bobb (The Wolf of Wall Street) as a pig-faced hospital administrator, a poised Juliette Rylace (Frances Ha) as one of the hospital’s progressive champions and funders, and Chris Sullivan (The Normal Heart) in an amazing turn as an Irish ambulance driver doling out dark humor wholly appropriate for a world where competitive rat-stomping is a thing.

A world where competitive rat-stomping is a thing

In case you don’t know, The Knick will make sure you do: living in New York City in 1900 was sort of the worst. If you’re not one of the main characters of the show, you’re probably either stuffed into a dirty windowless tenement apartment or bleeding out somewhere. The scenes toggle relentlessly between two modes: dark, dank, cramped urban spaces and the brilliant white of the stadium-style surgery theatre, where the doctors try (often in vain) to beat back the despair that surrounds them using a little gumption and whatever they’ve learned from dissecting pigs. Soderbergh has said that he aimed to make half the audience look away every episode; he certainly got me — stay tuned for an extended manual organ-experimentation scene. Even though the patients are unconscious and can’t feel a thing, the unflinching closeness of the camera to the skin flaps, pulsing wounds, and engorged body parts is enough to make anyone grit their teeth.

Impressive camera angles and big visual metaphors don’t exactly make a show, though, and it looked for the first few episodes as if The Knick might have blown it by forgetting that TV is a writer’s medium. Stylish, meticulously paced movies make up a significant portion of Soderbergh’s resume, but you wouldn’t want one to be ten hours long. Luckily, of the five episodes I watched of The Knick, each was a little better than the last, in large part thanks to Andre Holland, who plays a Harvard-educated black surgeon hired into the all-white hospital. As the series progresses his stately demeanor in the face of insult breaks open into moments of vengeful, smirking rage.

It’s this kind of thinly veiled agitation that makes The Knick progressively better as it goes along. Many of its characters are trying to wrangle the messy realities of a rapidly changing world into something more civilized, whether they’re using the latest technology on a rupturing organ, careful Gilded Age manners on a political opponent, or bribes on a tricky situation they’d rather forget. The rich are getting diseases they thought they were immune to. The balance in the city is shifting — 1.2 million immigrants will arrive in the next decade. As New York — and The Knick itself — unravel a bit it seems Dr. Thackery might not be the only one on the verge of cracking under the pressure.

For all the fascinating, finicky elements of TV period drama — in this case, the ghoulish and historically accurate medical tools, the lush opium dens, the name-checking of major dates — it’s their ability to live in another time’s social world that carries a show from episode to episode. This world is one full of a desperate class of people trying to carry on appearances. The Knick may bill itself as a show about physicians trying to dominate the natural world, but it’s also about a culture trying to maintain a level of composure in the midst of its disintegration. That tension, roiling to the surface, is what will make The Knick a good ride as much as the adrenaline rush of watching a vintage C-section.