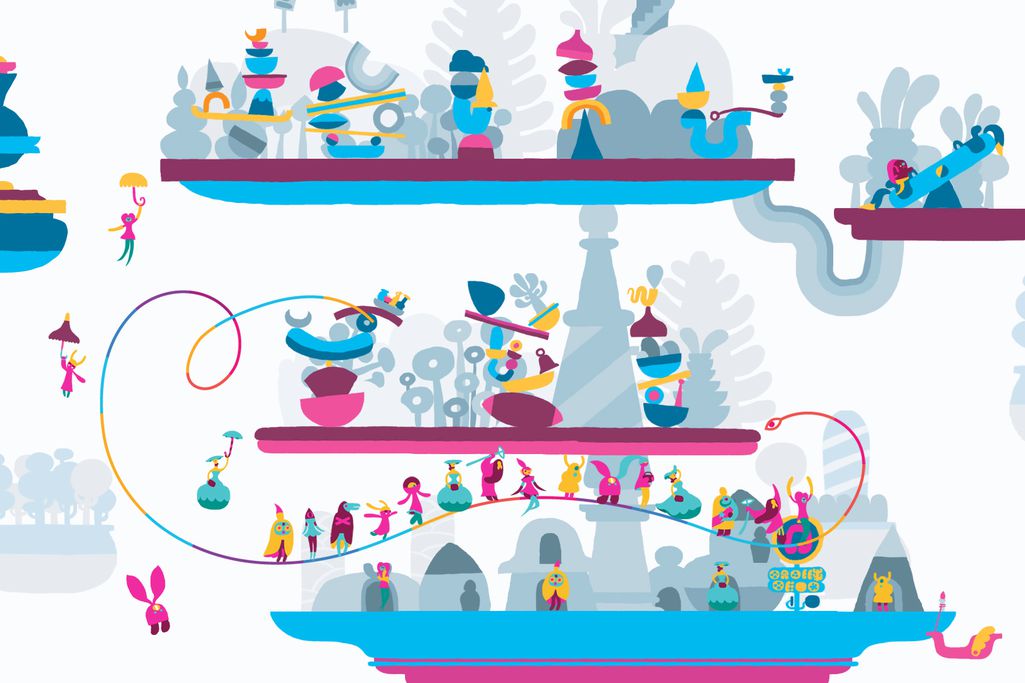 "It's somewhere between drawing and flying a kite," artist Richard Hogg tells me.

It's hard to explain what Hohokum is, but Hogg's description might just be the most apt. Launching today for the PlayStation 4 and Vita, Hohokum is a weird and wonderful world developed by British studio Honeyslug with Hogg providing whimsical, colorful art. You play as a sort of flying, technicolor snake let loose in a world that feels like one giant toy — in one moment you're helping serve drinks at an underground wedding, in another you're darting about a forest made of floating trees.

There are no explicit goals as you play. Instead, Hohokum feels like a combination of a virtual toy and an amazing audiovisual spectacle. Not only can you hang out in Hogg's vibrant animated world, but you also get to listen to a soundtrack provided by Ghostly International, the record label behind electronic artists like Tycho and Shigeto. It's strange and you won't always know what's happening — but that's the point. "I actually quite like that people seem to engage with it on that level where they don't know what's going on," says Hogg, "but they're enjoying playing a game where they don't know what's going on."

On the surface Hohokum is incredibly simple. Your lengthy, 2D snake is always moving forward, while you control its speed and direction. You pretty much only need to use two buttons — one to speed up and another to slow down — and an analog stick to play. Just moving through the world can be thrilling on its own. You can pull off ridiculous twists and turns with ease, and at certain points you'll control multiple snakes at once, who move together with a synchronized precision. Doing complicated turns with five or six colorful snakes looks sort of like a living, breathing take on Spirograph. 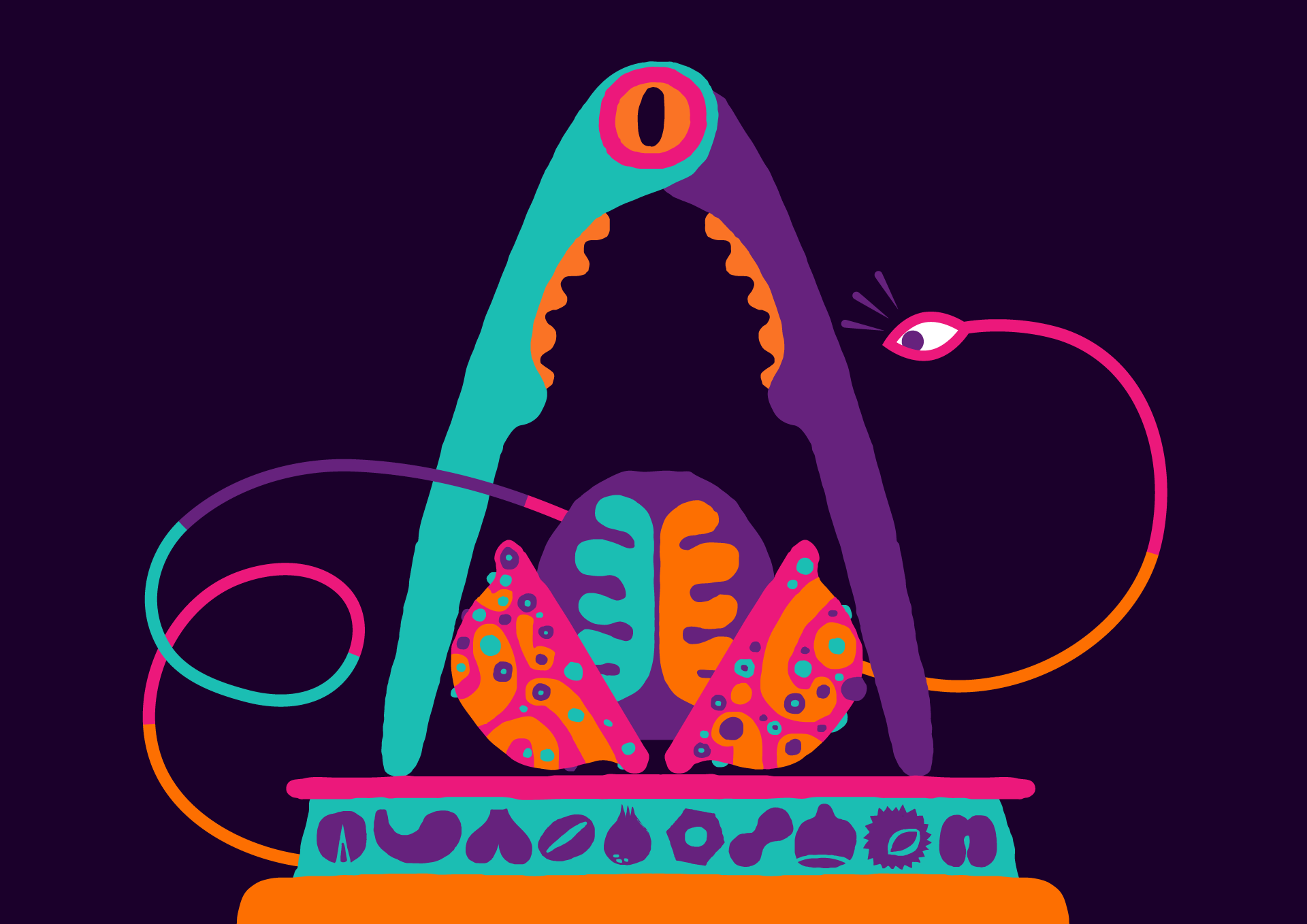 "They're enjoying playing a game where they don't know what's going on."

What makes the game particularly interesting, though, is all of the strange locations you'll visit. In one level, which looks sort of like an amusement park crossed with Yellow Submarine, characters will jump on your back as you fly past, and they'll hop off automatically if you bring them to the right location. In another level, you can fetch drinks for wedding guests by swimming through a dark sea of wine. None of these things were explained to me: I figured it out through experimentation, and each area of the game has small puzzles like these that need to be completed to open up new areas to explore. Despite not being explained outright, I never had trouble figuring out what to do; in some instances I even solved puzzles accidentally just by messing around.

But Hohokum isn't a game you play for the challenge of solving its puzzles. In The Legend of Zelda, one of my favorite things to do is cut down grass with my sword: it doesn't help me on my epic quest, but it's a whole lot of fun. Hohokum is basically a game made entirely of these fun little diversions. I found myself flying under rainclouds just to see my passengers pull out their adorable little umbrellas, and watching the world fill with color as I sped across a drab globe never got old. And because these interactions are so charmingly fun, you'll want to explore the levels in depth, checking out every little nook in search of new secrets. 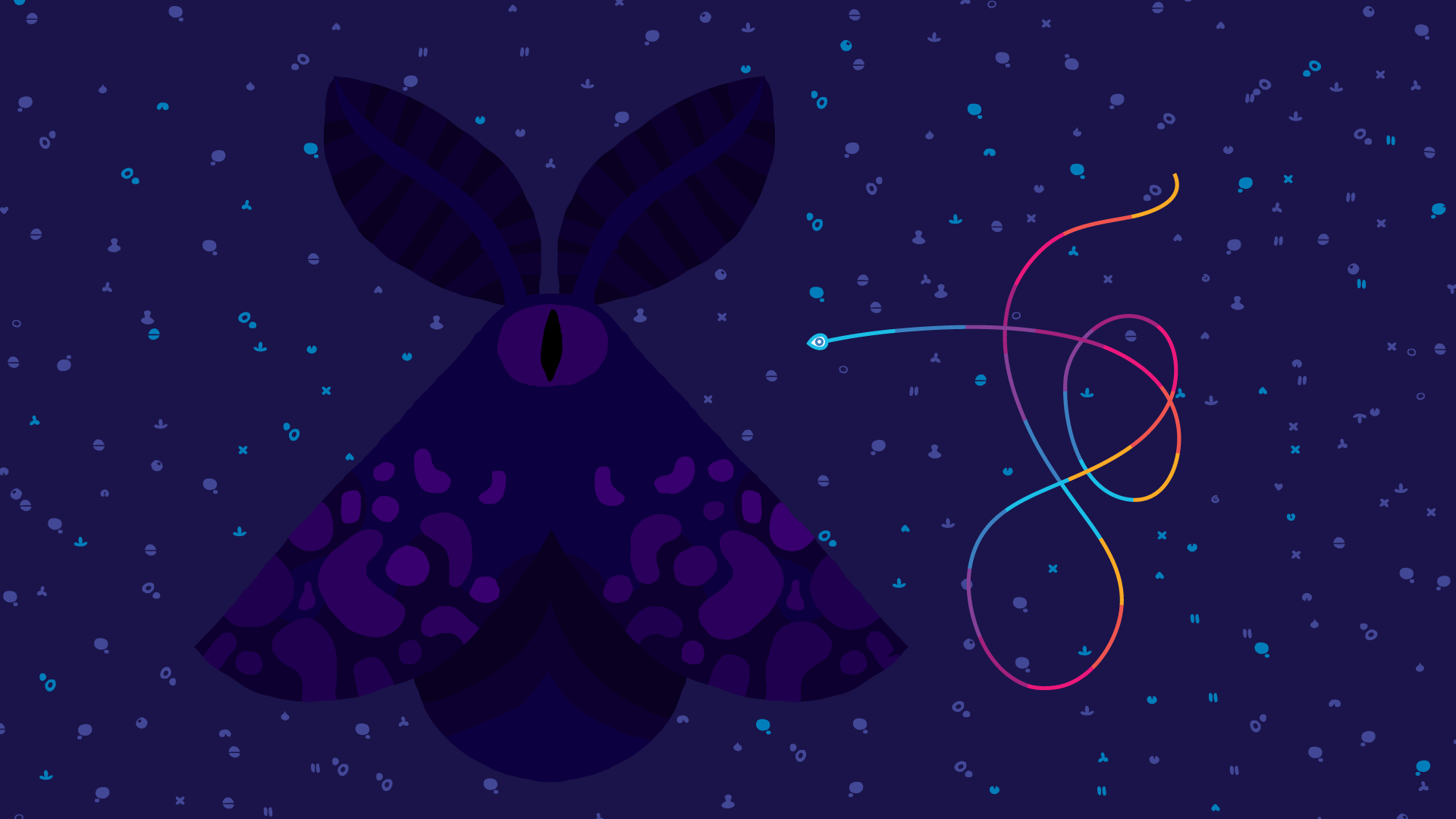 The music also plays a surprisingly large part in the experience. Your actions help bring each level to life, filling them with color and movement. But they also add more layers to the sound, with the soundtrack growing in depth the more you explore. And the Ghostly-provided tunes — some of which were composed specifically for the game — are a perfect fit. The partnership happened relatively early on in development, when Honeyslug gave its partners at Sony Santa Monica a musical "style guide" in the form of a Spotify playlist, which represented the kind of music the studio wanted in the game. It turned out that the majority of the songs were by Ghostly artists, who in turn were more than happy to collaborate on the game. 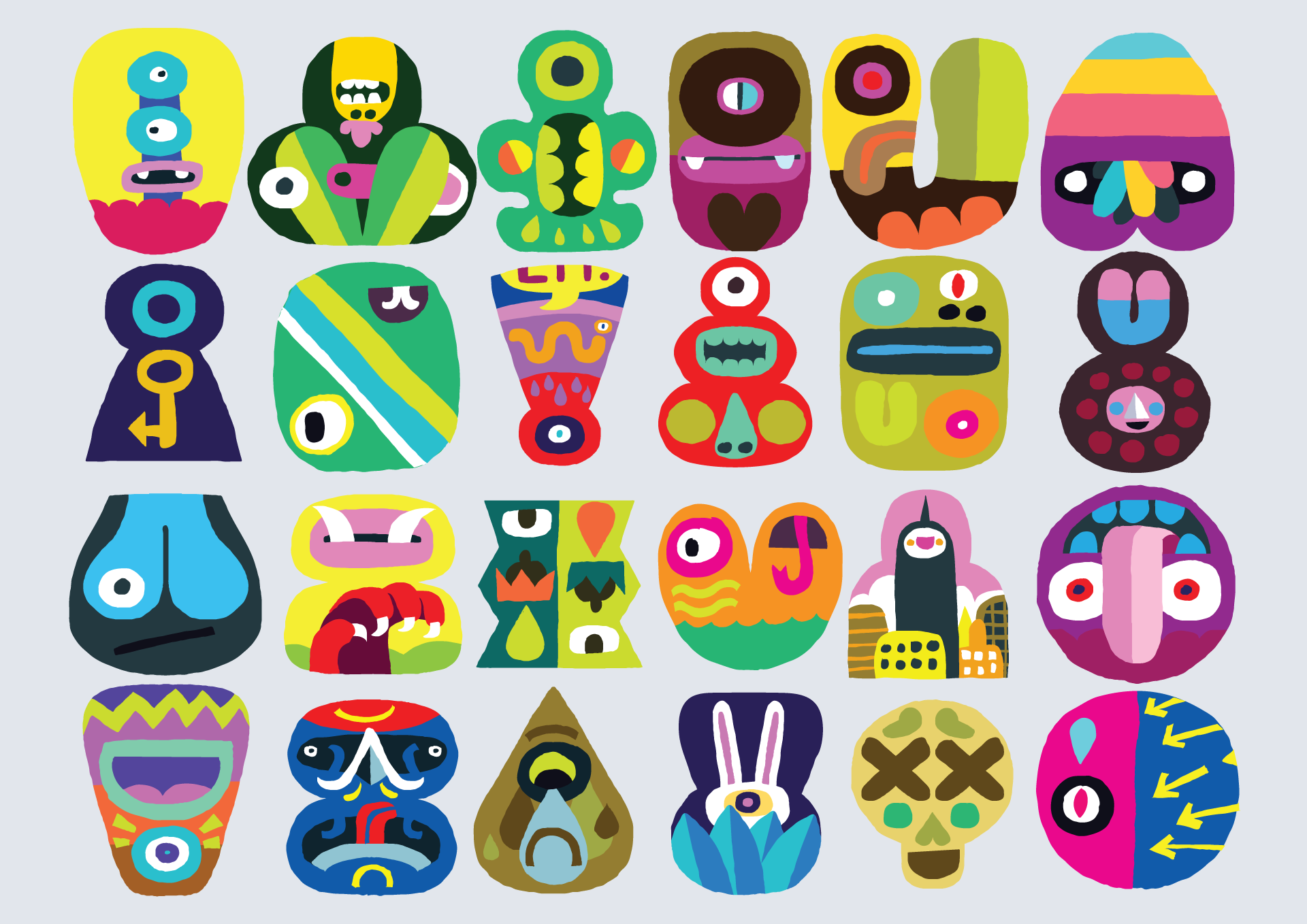 "The game is very otherworldly."

The soundtrack features a combination of original tracks and ones made specifically for the game. The new songs were made through a collaborative, back-and-forth process, with the developer passing along concept art, early animations, and vague details about how each level should feel to the musicians. "Our job was to tell them about the place, and the atmosphere and what happens there, and let them react to that in whatever way they saw fit," says Honeyslug co-founder Ricky Haggett. "We gave them a pretty free hand." In some cases the artists also played early versions of the game to get a better sense of what it was all about. "I met a couple times with the developer in the early stages to get a feel for what they were looking for," says Scott Hansen, better known by his stage name Tycho. "I think they had a pretty clear idea of the role music was going to play from the start."

Even though some of the music isn’t original, all of it feels perfectly suited to Hohokum. Tycho's "L", for example, is my favorite song from his latest album, but after playing the game I now associate it with flying through a colorful wonderland with waving people riding on my back. Part of the reason it works so well is that the different collaborators have a lot in common. "A lot of the people on Ghostly are people who work on computers, making music, in a very similar way to video games," says Haggett, with Hogg adding "there's a sort of like-mindedness between us and them." (Hogg also dabbles in music, playing in a band called Satans Cock.) "The game is very otherworldly and I think there is some overlap there with Tycho and Ghostly," says Hansen.

The collaborative process — where a game studio, an artist, and several musicians all had input in the game — has helped make Hohokum into an experience unlike anything I've played before. The gameplay, art, and music all feel equally important to the experience, letting me enjoy them in an entirely new way. It works whether you're relaxing on your couch in front of the big screen or huddled over your Vita with headphones in. Hohokum is like playing, watching, and listening to your favorite album, all at the same time.