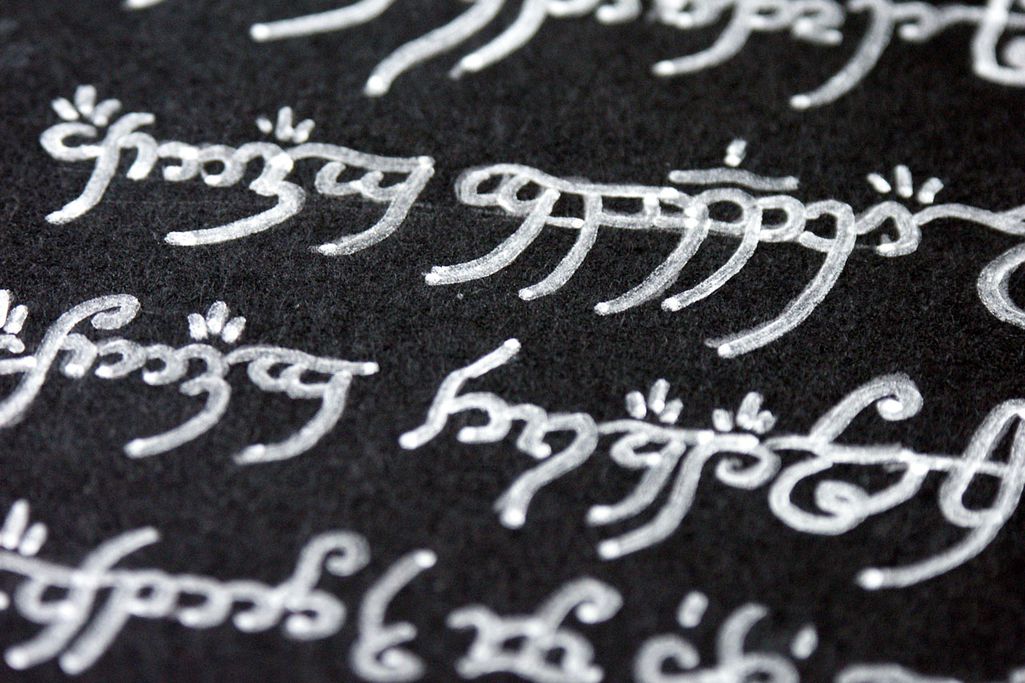 In its first-ever transparency report, the Wikimedia Foundation revealed a handful of odd stories about takedown requests sent to Wikipedia. Among the claims on public-domain books and monkey selfies was a curious request from 2012: that Wikipedia remove a page on the Tasmanian language palawa kani, because an aboriginal resources center owned the rights to the language itself.

Wikipedia rejected the request, warning that shutting down discussion and use of a language “would have chilled free speech and negatively impacted research, education, and public discourse.” But this is far from the first attempt to puzzle out whether it was possible to own a language — though it may be one of the most morally complicated ones.

No reasonable person could claim to own something like English, Spanish, or Mandarin. According to intellectual property lawyer Brad Newberg, invented languages aren’t so different. “The short answer is no,” he said when I ask whether a language can be copyrighted. The most obvious reason is that under US law, an “idea, procedure, process, system, method of operation, concept, principle, or discovery” can’t receive protection. “If you're saying it's a language, what you're saying is ‘This is a series of facts,’” he says. “And facts are not copyrightable.”

That hasn’t stopped language creators from trying, or language users from worrying about it. In 2012, Oracle claimed that it owned aspects of programming language Java. A post on the Klingon mailing list warned readers not to ask for a complete list of words because the language was copyrighted by Paramount: “If someone started distributing lists of Klingon words (or descriptions of grammar, etc.), then Paramount might view this as competition for the legitimate sale of their own products.” Whenever a language can be traced back to a single group or person, it comes with the implicit concern that its creator might want to return and take the reins.

There are things that language creators can own. For one thing, they can copyright chunks of text, no matter what language they’re in. This isn’t the same as holding rights for the language itself, but it can set limits for people who want to use it. In a dictionary, Newberg says, individual words are the "facts" of a language, and just listing them shouldn’t get you in trouble. Lifting example sentences or grammar guides, though, just might. After losing its case in 2012, Oracle successfully appealed the decision, and a judge ruled that Google had unfairly used a set of its Java APIs. But that emphatically doesn’t mean it copyrighted the overall language of Java. Instead, the court decided that the APIs were structured statements written in Java, not neutral elements like a word or piece of syntax. In short, they thought it was more like reprinting part of an official Star Trek novel or a Tolkien poem than writing your own essay in Klingon or Elvish.

You could also potentially trademark the name of a language. Oracle can’t stop people from writing in Java, but Newberg says it could stop another company from creating its own programming language and calling it "Java," on the grounds that it would confuse users into thinking it was an Oracle product. The Basic English Institute, which manages a simplified version of English with an 850-word vocabulary, warns that the language is copyrighted to prevent people from passing inferior or expanded variations off as the real thing. In the US at least, that "copyright" is likely symbolic, but a trademark could apply.

A more exotic case of this is the feud over "logical language" Loglan, which briefly appears in Robert Heinlein’s The Moon is a Harsh Mistress. Loglan was designed to test the Sapir-Whorf Hypothesis — that the language you speak determines how you think. Creator James Cooke Brown reasoned that if he could draw words from as many languages as possible and arrange them according to perfect mathematical and symbolic logic, the result could expand speakers’ mental capabilities. Like any utopian project, however, its adherents soon split into factions. One man, who believed Cooke Brown’s progress had stalled, created a flashcard program for his own version. Cooke Brown allegedly approached him and demanded royalties, saying he owned a copyright "on the individual words of the language." This didn’t go particularly well. The case actually played out as a trademark dispute rather than a copyright one, with a court deciding whether Cooke Brown had meant "Loglan" to refer to a specific project that he could hold claim to. Ultimately, it declared that "Loglan" was simply the generic, non-trademarked name of a language, and the point was moot anyways — by the time the case wrapped up, people had come up with an "open source" alternative called Lojban.

The argument against Wikipedia’s palawa kani page, however, is even more complicated. For one thing, palawa kani is neither an organically developed language nor a completely invented one. It’s part of a 20-year project to reconstruct and unify up to a dozen extinct Tasmanian indigenous languages, of which only fragments have been preserved. In addition to managing palawa kani’s development, the TAC promotes its use within the aboriginal community and sets rules for who can use the language, and what they can do with it.

Further complicating matters, the Tasmanian Aboriginal Center (TAC), which filed the complaint, isn’t simply arguing about US or even Australian copyright law. It’s appealing to the UN Declaration on the Rights of Indigenous Peoples, which it says allows it control over how the language is used.

TAC language program coordinator Annie Reynolds says that palawa kani should not become available to the general public "until aborigines themselves are familiar and competent with it." A use policy for the language, sent to The Verge, asks any non-aboriginal person or company to submit an official request if they want to use the language for any reason. Words for geographical features, plants, and animals are acceptable, but they draw the line at using them for "farms, office buildings, educational facilities, homes, streets, etc. which have no connection to collective aboriginal values."

Indigenous intellectual property rights have been a topic of research and discussion for decades now. Often, they come up in the context of "biopiracy" — using indigenous medical knowledge to create and patent drugs without informing or compensating the groups behind them. In many cases, they feel intuitively ethical. But they can be difficult to square with existing copyright law.

For one thing, complaints often rely on international treaties that have little bite in national courts. The Wikipedia palawa kani page includes sample text that could be copyrighted, but Reynolds maintains that under UN agreements, the TAC holds rights to not only those phrases but the entire language. She admits, however, that these can’t be legally enforced unless countries adapt them into local law.

Perhaps the most confounding part of these cases is the way they put the most basic ideals of good-intentioned copyright liberals (myself included) to the test. One of the central tenets of copyright is the public domain, a wealth of cultural heritage into which all things must someday pass. Copyright gives someone temporary control over a thing that they create, helping them profit from their work while allowing everyone to eventually adapt, interpret, and even copy it. Before the copyright expires, at least in the US, people can still use "fair use" exemptions to critique and remix pieces of it. Without the public domain, Project Gutenberg couldn’t preserve thousands of old books online. Disney couldn’t make Cinderella without tracking down the distant relatives of the Brothers Grimm. Expand copyright law to something like the individual words of a language, and the problem grows exponentially.

But for indigenous groups, copyright is a way to preserve the traditions of cultures that have often been scattered and brutally suppressed, preventing outsiders from trivializing or copying them. Establishing control over language, religious ceremonies, and art is a way to draw boundaries around a community that’s trying to reconstitute itself.

Most high-profile indigenous intellectual property cases have ended in voluntary settlements instead of actual legal fights. In 2001, for instance, New Zealand’s Maori community took Lego to task for frivolously using meaningful Polynesian names by putting them in its Bionicle toy line. The company refused to remove the offending sets from circulation, but it promised to strip the most offensive words from future toys and to create a code of conduct for using folklore.

Companies like Lego can make case-by-case calls on how to deal with folk knowledge, and they have an incentive to avoid bad publicity. But a loose, crowd-managed project like Wikipedia is the antithesis of a tight-knit indigenous community. They’d be lucky to see eye-to-eye at all, let alone come to an agreement over something as fundamental as whether to publish the words of a language. When Wikimedia legal counsel Michelle Paulson wrote that the palawa kani Wikipedia page would help strengthen and spread the language, Reynolds was angered by what she saw as the foundation’s refusal to accept another worldview that didn't see this as a benefit.

While the TAC didn’t feel it had the resources to pursue the request after Wikimedia rejected it, Reynolds accuses the foundation of hiding behind legal technicalities. But the real question isn’t whether the site can print words in a copyrighted language — under US law at least, there’s currently no such copyright. It’s how to respect the wishes of a group that wants to keep a piece of knowledge private or hidden, without undermining copyright as we know it. And unlike debates between Google and Oracle or the proponents of Loglan versus Lojban, this one can’t be wrapped up with a lawsuit.