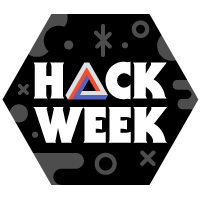 It's going to be bonkers.

Here's the scoop: next week (August 18-22) we're going to totally blow up The Verge and let Vox Media's insanely-talented product team take over. Dieter and I will be covering breaking news, which will be hilarious and wonderful, and we'll have a series of guest posts about The Future from ridiculously smart people across the whole of Vox Media.

The Verge staff you know and love won't be focused on news — instead they'll be publishing tons of experiments using some new tools like flowcharts and timelines, and building new tools with our product team's help.

THAT'S WHERE YOU COME IN.

What we need from you guys is tons of feedback on these experiments: how they're working, what you like, what you don't like, what you'd like to see. We also need your help explaining to people what the hell is going on during this week of insanity — we'll obviously label everything, but things are going to be a little crazy.

We'd also really love for you guys to give us some ideas about what you'd like to see on the site. We've got a week of time with some incredible designers, developers, and engineers — what kinds of storytelling tools should we build with them? What kinds of experiences are you looking for? We build this thing for you guys, so let us know.

And! If we're lucky we'll have some very exciting news about Verge Responsive next week as well. Fingers crossed.