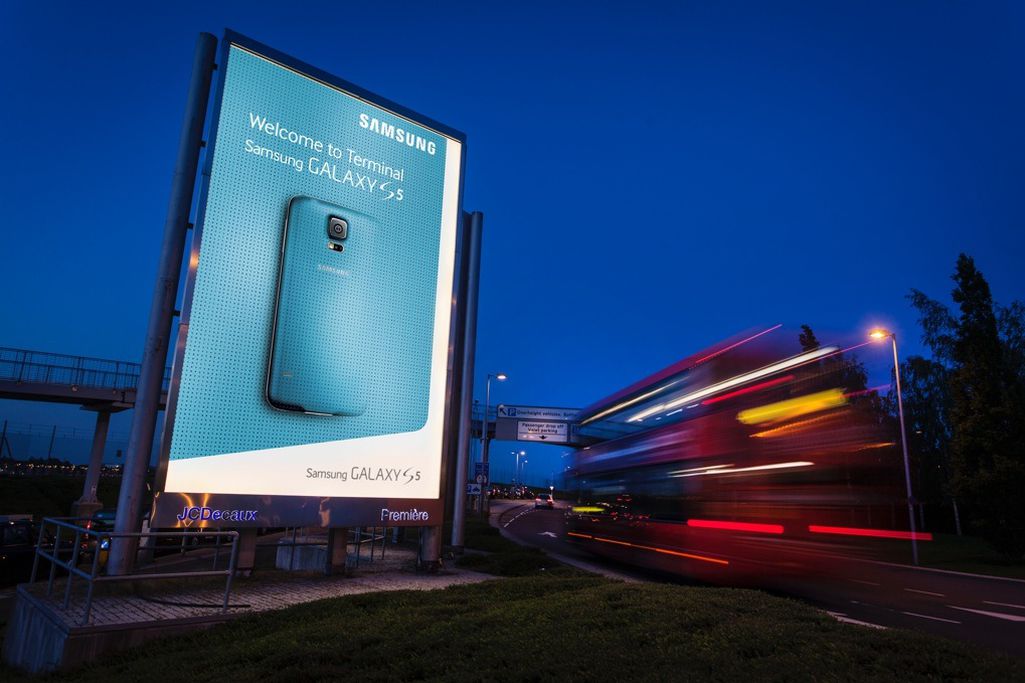 Ours is a world of ecosystems, of single companies hoping to own and operate as many parts of your life as possible. And it looks more and more like there are only three real players: Apple, Google, and Samsung.

Apple's forever going to do Apple things, keeping its products premium and exclusive and tightly integrated with each other. Samsung and Google, on the other hand, are increasingly competing to offer the alternative open platform. Each wants to own the foundation that everyone builds on; the hub on which we all place our spokes.

Just this week, Samsung spent $200 million to acquire SmartThings, one of the many companies competing to be the foundational platform for the smart home. That puts it head-to-head with Google one more time: Google just bought Nest to do the exact same thing. And the tension between the Android Google wants to ship and the Android that comes on Galaxy phones got so heated that Google sold off Motorola in order to bring Samsung back in line. This is a relationship with power issues.

So who’s going to win? Turns out that’s an argument that’s hard to settle.

I have a Grand Unified Theory of Samsung. I’ve been thinking about it for a while.

Here it is: Samsung’s success isn’t about phones or TVs or refrigerators or ocean liners or ballistic missile systems or whatever final product it is that people buy.

It’s about owning factories that can produce big, cheap screens.

Making bigger screens more cheaply is how Samsung killed Sony in the TV business years ago: as consumer demand for flat-panel HDTVs skyrocketed, Samsung was there with lower-cost LCD TVs that didn’t look as good as Sony’s but were definitely cheaper. People weren’t buying image quality, they were buying fancy flat screens to hang on the wall, and Samsung offered the biggest flat screens for the least money. And as the most popular sizes in the market changed over time, Samsung was able to optimize its LCD production quickly and pump that extra margin back into marketing, erasing Sony’s brand advantage.

This arrangement was so devastatingly effective that it didn’t even help Sony to be in a joint venture with Samsung to build LCDs — they sold their chunk back to Samsung in 2011 for nearly a billion dollars and have been flailing to regain a footing in the electronics business ever since.

Samsung ran the exact same play in phones: the company produced an insane variety of screen sizes to get ahead of the market, and when consumers moved towards larger screens, it quickly responded with gigantic OLED screens that offered ultra-bright colors but fairly middling overall quality at first. (They’re pretty decent now.) No one else ships OLED displays at Samsung’s scale, and the company is able to pump the savings from that efficiency right back into marketing — a strategy so devastatingly effective that Samsung is Apple’s only real competitor in mobile.

The only problem with this strategy is that Samsung always relies on someone else to make those big cheap displays valuable. It’s Hollywood and Netflix and Comcast on Samsung TVs, not Samsung Media Hub, and it’s Android and Google Play on your Galaxy S5, not Samsung S App Bazaar or whatever the hell it’s called. Samsung can stick a giant display on a refrigerator, but until someone else makes it valuable it’s just kind of weird. And now that the early advantages of owning the display factories are leveling out, Samsung’s growth in mobile is stalling fast — it needs another differentiator, and it’s struggling to find one that isn’t more big screens.

Samsung has never demonstrated the software chops or platform dedication to do anything but ship giant displays faster and cheaper than the other guys. It can buy interesting companies like Boxee and SmartThings, but it’s never managed to follow through and turn potential into execution — there’s more money to be made faster chasing the next trend.

Which is a totally fair game to play. The world needs Samsungs; they’re fun to watch. But there’s just no chance Samsung will ever slow down and invest in the sort of grind-it-out platform building that Google spends almost all of its resources on. Google makes its money gathering and organizing information to sell ads against; the more information it has, the more money it can make. That’s a huge incentive to slowly but surely build platforms and systems that interconnect and work seamlessly for consumers; it’s a little creepy sometimes but the progress is obvious and the services are useful and good. Samsung is just never going to compete with that; it doesn’t have that same motivation or set of incentives. Samsung makes software to sell big screens; Google makes software to rule the world.

Samsung is everywhere. It's always been everywhere. It's the world's second-largest shipbuilder, a huge life insurance company, two of the world's 50 largest construction companies, a theme park, and a powerful ad agency. (Oh and it makes cellphones.) Pick a company from the Fortune 500, and Samsung probably competes with it. And Samsung's probably winning.

There's no doubting the strength of Google's brand; Interbrand says it's the second-most powerful brand on the planet right now, behind only Apple. (Samsung is number 8.) But the Korean giant's power is not in its colorful brand or its fawning fanboys; it's in its countless powerful tentacles into every business and company on the planet. Samsung has deep supplier relationships with Apple and other smartphone manufacturers, even while it competes with them all (and wins in fairly dramatic fashion). It owns every part of its process, from the factories to the clothes the factory workers wear and the hotels they stay in. It has the scale and infrastructure to learn how to do anything, the wherewithal to iterate rapidly and in public, and the marketing budget and know-how to make anything work.

That's what Samsung offers SmartThings, and any other company that comes into its fold. Maybe you don't get the $19 billion you get when you sell to Facebook, or an office with a slide in it at Google. Instead you get unparalleled engineering and development resources, deep, ongoing relationships across the industry, and the ability to improve upon and iterate your product at essentially light-speed. All that has been true for a while, of course; what Samsung is newly able to offer is a brand that people know and love.

Samsung offers scale and speed that no one else can match

The Galaxy lineup of smartphones was the best thing that ever happened to Samsung, at least from a branding standpoint. People wait in lines for these phones; the S5 commanded a larger share of sales in its first weekend than the iPhone 5S did. Consumers have come to believe in Samsung's ability to make great products, and the word "Galaxy" has taken on a certain cachet that Android hasn't had since a keyboarded Droid counted as a good phone. 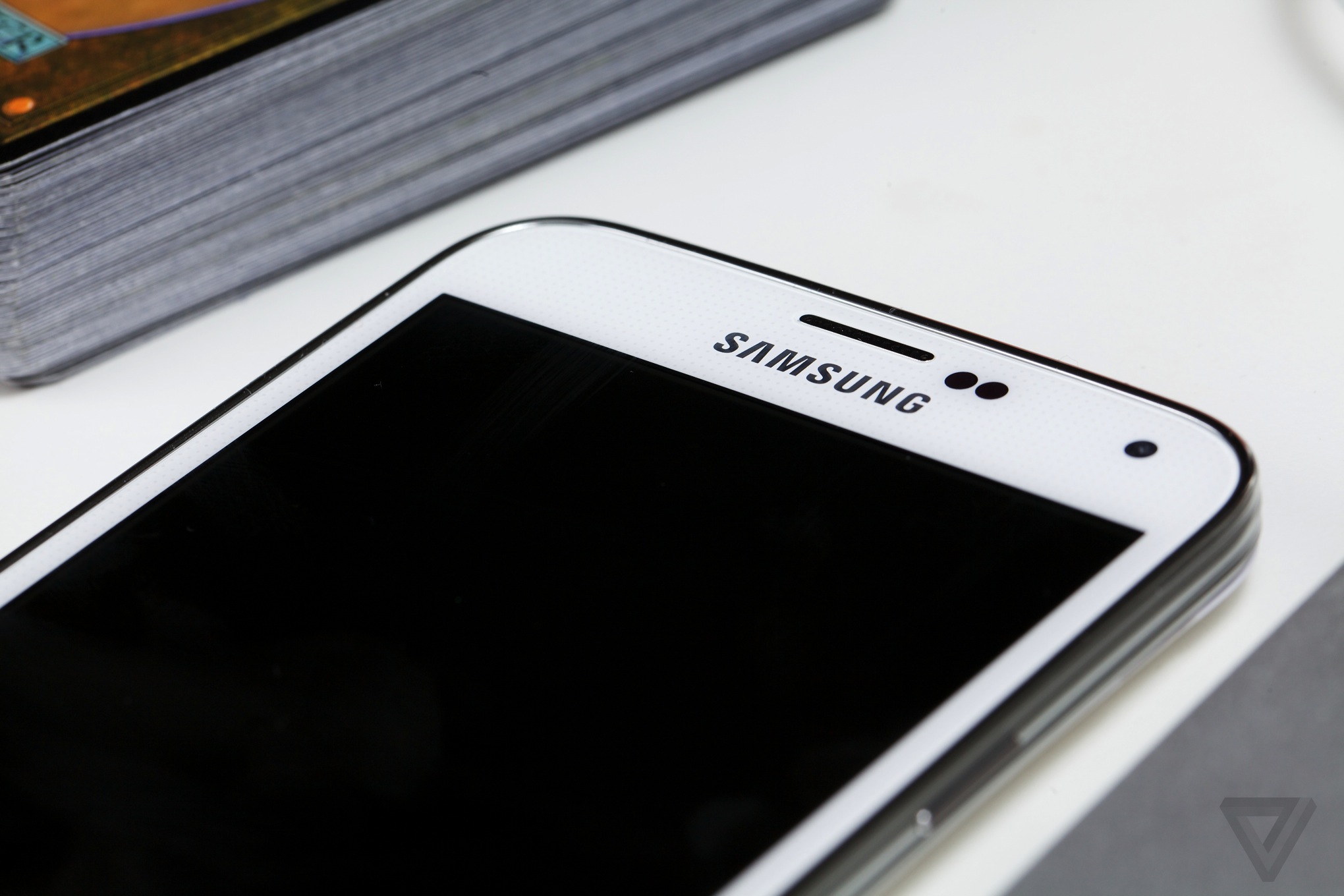 In theory, Samsung's victories are Google's victories. After all, Samsung's best phones run Android. The writing's been on the wall for a while, though, as Samsung has ever more heavily customized its user experience, de-emphasizing Google's products in favor of its own — Samsung's one step away from letting go of Gmail and Maps in favor of a forked, completely Samsung-based version of the operating system. Luckily for Google, that step involves building great apps and software, which eludes the company in a number of hilariously obvious ways, but eventually Samsung is going to figure it out. It always does.

Right now, Google needs Samsung more than Samsung needs Google. Samsung has its own platforms, its own services, its own software. It's vertically integrated, reliant on no other company to make its products. Android could disappear tomorrow and Samsung would just switch to Tizen — and I'm not sure how many consumers would even notice the change. As it continues to build an ecosystem of products that work with everything but are best with Samsung, it's going to become more independent and more powerful.

Google and Samsung are better together, and I hope their differences never become intractable. But without Samsung, Google's next goal — to be in your pocket and on your wrist — effectively dies on the vine. Without Google, Samsung will just chart a new course and run faster than anyone else to get there. That's what it's always done. That's what real power looks like.