Deep Web links, green blimps over London, and stencils on New York streets promote the first new album in over a decade from the electronic music master

Source The Guardian | Via Stereogum and Pitchfork

After a neon green blimp was spotted over London emblazoned with the Aphex Twin logo, Deep Web hints at a new album, stencils popping up in New York, record label Warp has confirmed a new Aphex Twin album called SYRO slated for release on September 23rd. The artwork (below) is from legendary design firm The Designers Republic, best known for its mid-90s work on games like Wipeout and artwork for bands like The Orb, Pulp, and Autechre.

Aside from the release of the long-lost Caustic Window album earlier this year, it’s been over a decade since the last official release of new material from electronic artist Richard D. James.

Earlier this week, a new tweet from the official Aphex Twin account revealed information on "SYRO," complete with what appeared to be a full tracklist, complete with BPM; Pitchfork later confirmed that the album title and tracklist are official. 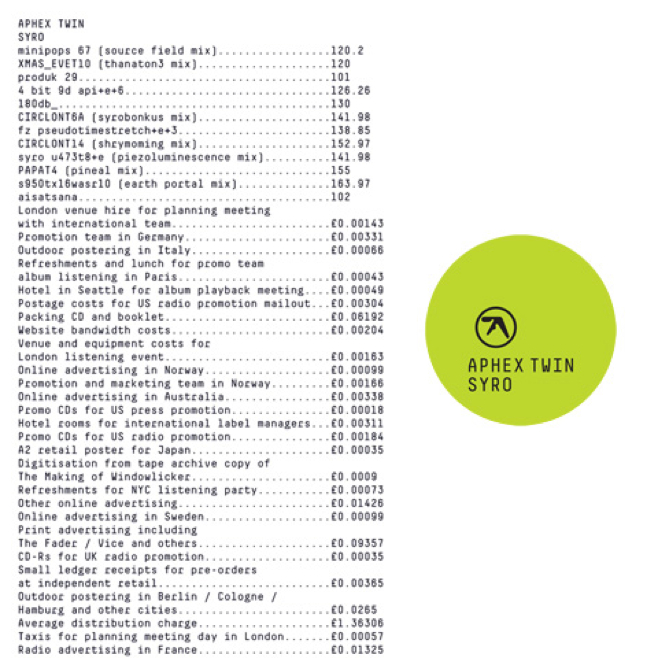 This poll is closed

76 votes total
Most Popular
From our sponsor
Advertiser Content From