Ted Lawson is an artist living in Brooklyn, New York. You now know what he looks like drawn in the nude in his own blood by a robot.

As shown in the video below, Lawson's piece "Ghost in the Machine (blood robot selfie)" uses a robot — connected to a vein in his arm via medical tube — to capture what resembles a human photo copy of the artist.

Using figurative representation and geometric abstraction, Ted Lawson creates a narrative progression of forms that reveals something conceptually greater than the sum of their parts. Ted's large scale works combine digital technology with highly crafted traditional sculpting methods to seamlessly produce conceptual objects that express the underlying analog truth within his subject matter. His working process in an exploration into the human existential experience through imagined models of the universe as physical form. He has been living and working in New York City creating original works from his studio in Greenpoint, Brooklyn. 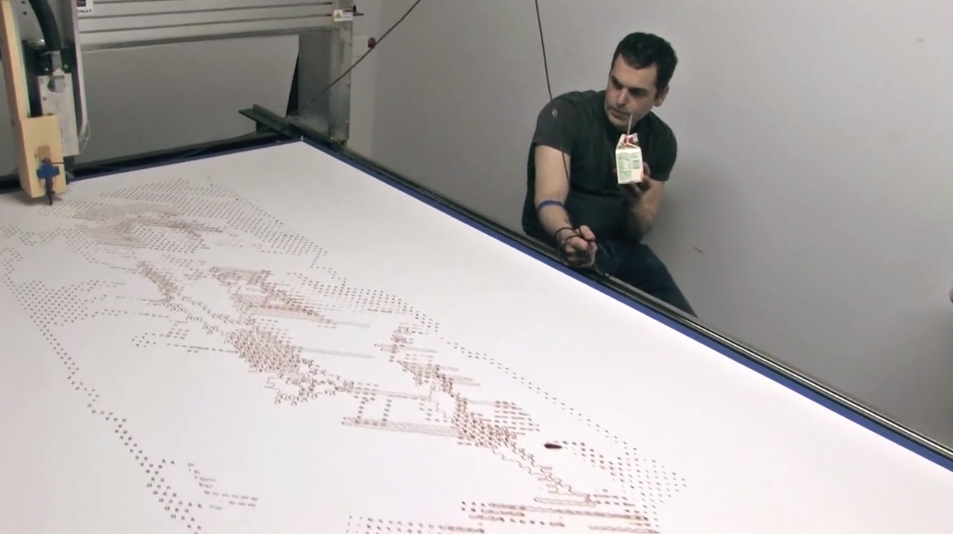 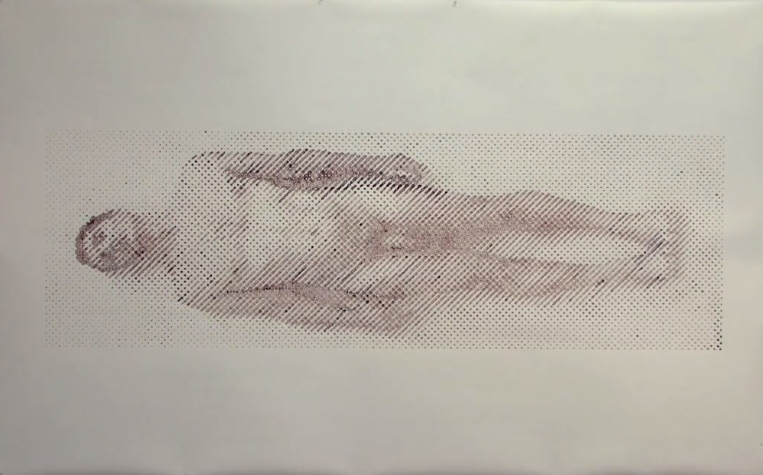 The artwork on Lawson's site is sexy, grotesque and colorful, though arguably NSFW depending on whether or not your employer thinks art can be NSFW, which is a wonderful conversation to have with your employer while you both watch a man and a robot draw a nude portrait with blood.