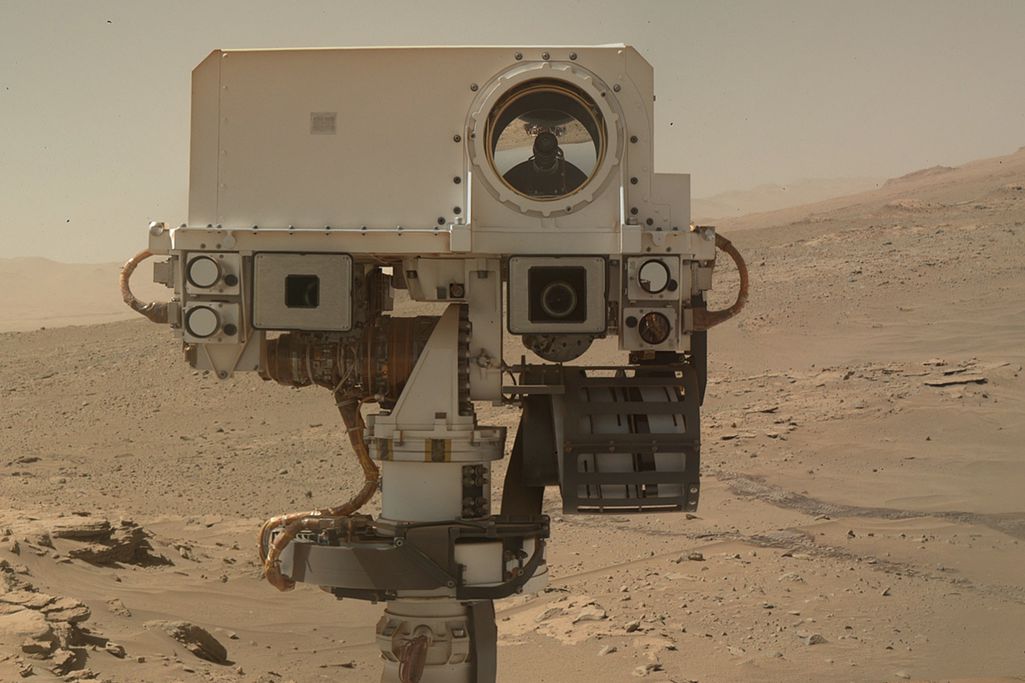 Below is a before-and-after look at a variety of instruments and features on Curiosity and the wear they've endured during the rover's first two years, made from images uploaded by NASA's Jet Propulsion Laboratory. Each image is either from the MAHLI imager or the Mastcam, and is also labeled with the Sol number (sol = one Martian solar day, the mission is currently on Sol 724) during which each image was taken.

One of the biggest problems that NASA has faced is damage to Curiosity's six wheels. Not only are the once-smooth wheels scratched and dented all around, but in the bottom left you can see one of the many holes that has torn open in the aluminum. 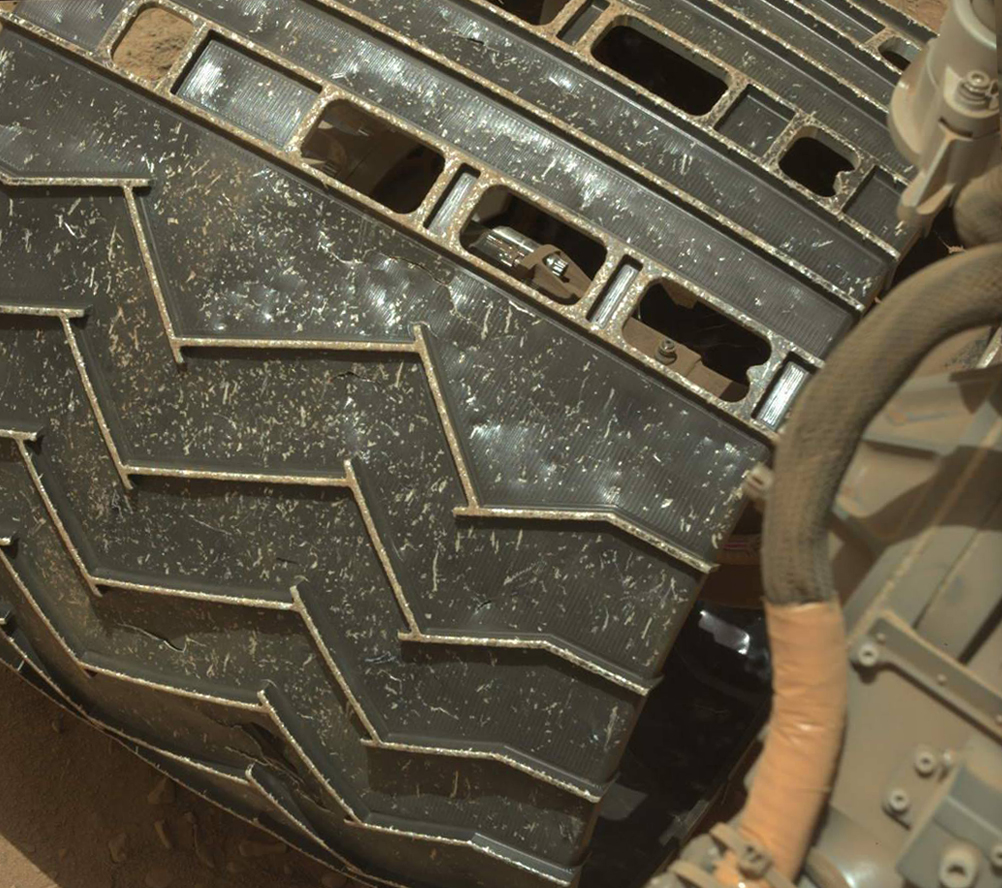 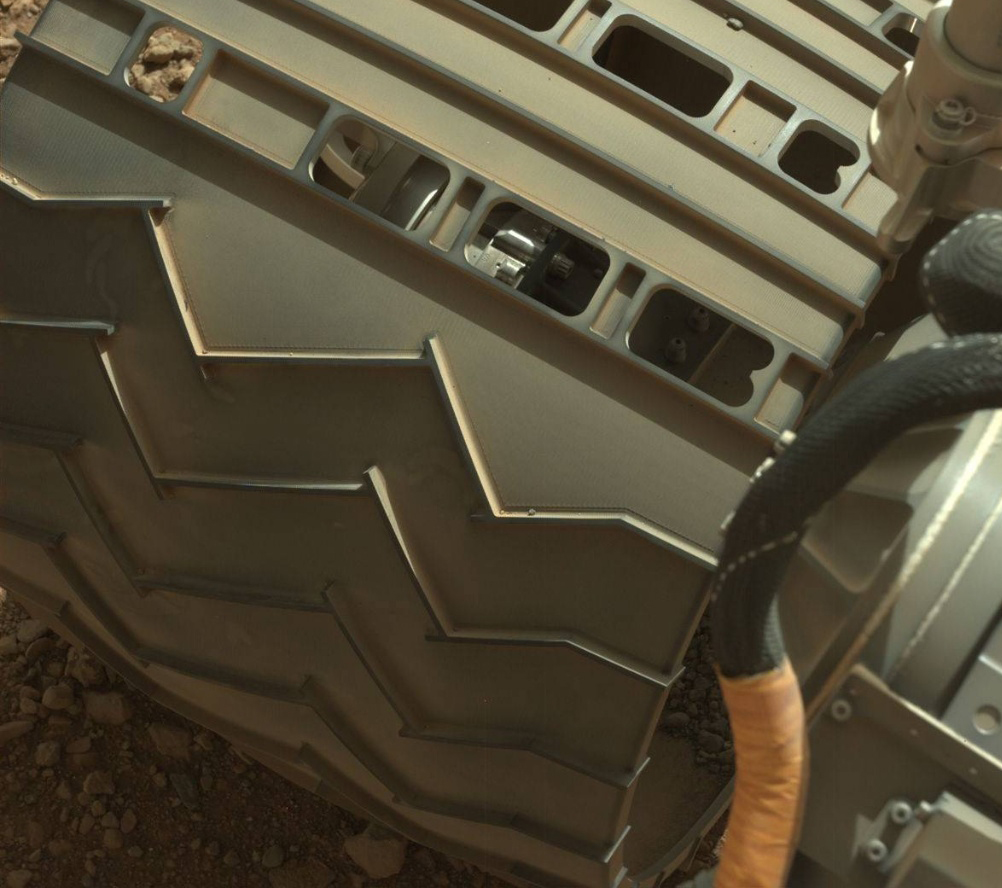 Mission scientists' original path involved rockier terrain, meant to increase the diversity of samples the rover had access to. Those rocks (specifically "caprock," a particularly rigid and weather-resistant kind of rock) punctured Curiosity's wheels. The rover's current path, seen here on the right, is littered with sand dunes that have occasionally stalled the robot. The Sol 711 image also shows the massive punctures in one of the robot's middle wheels. 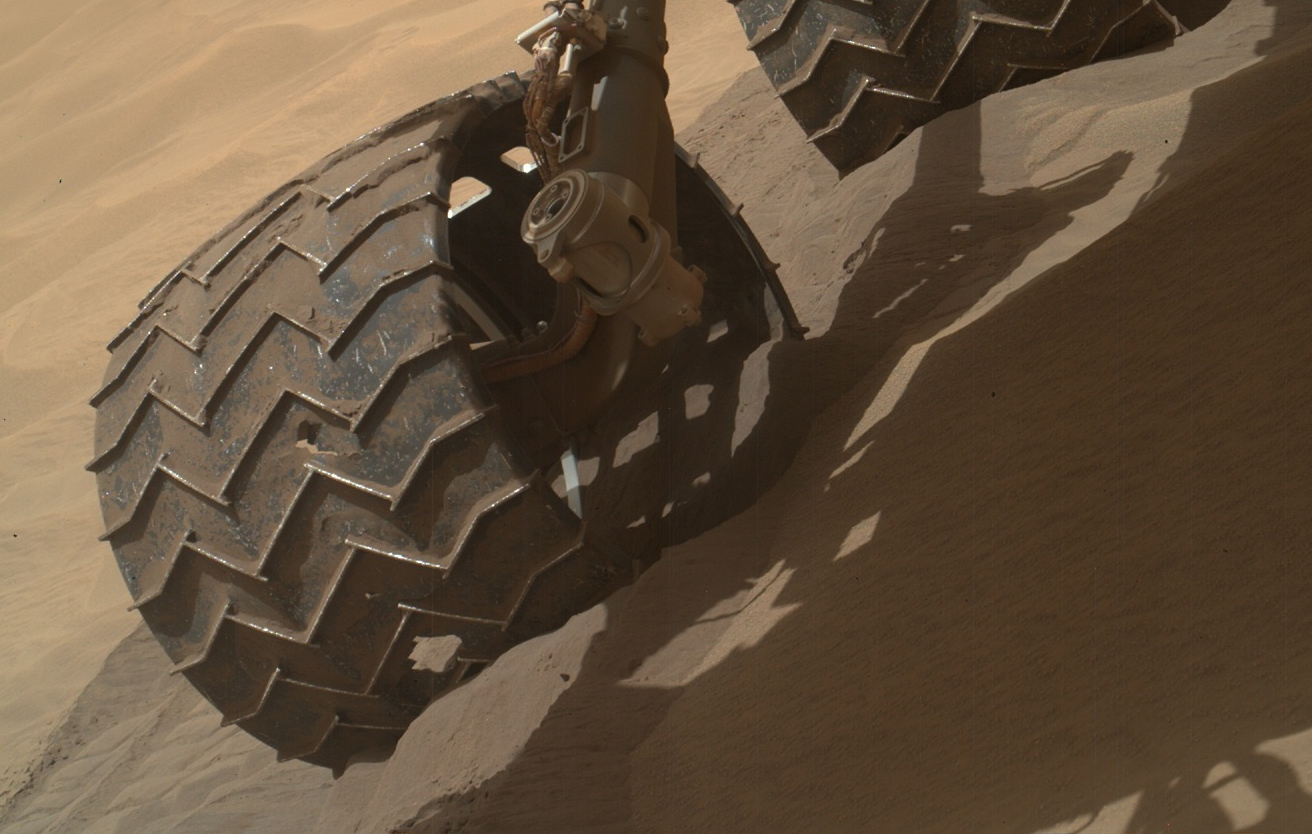 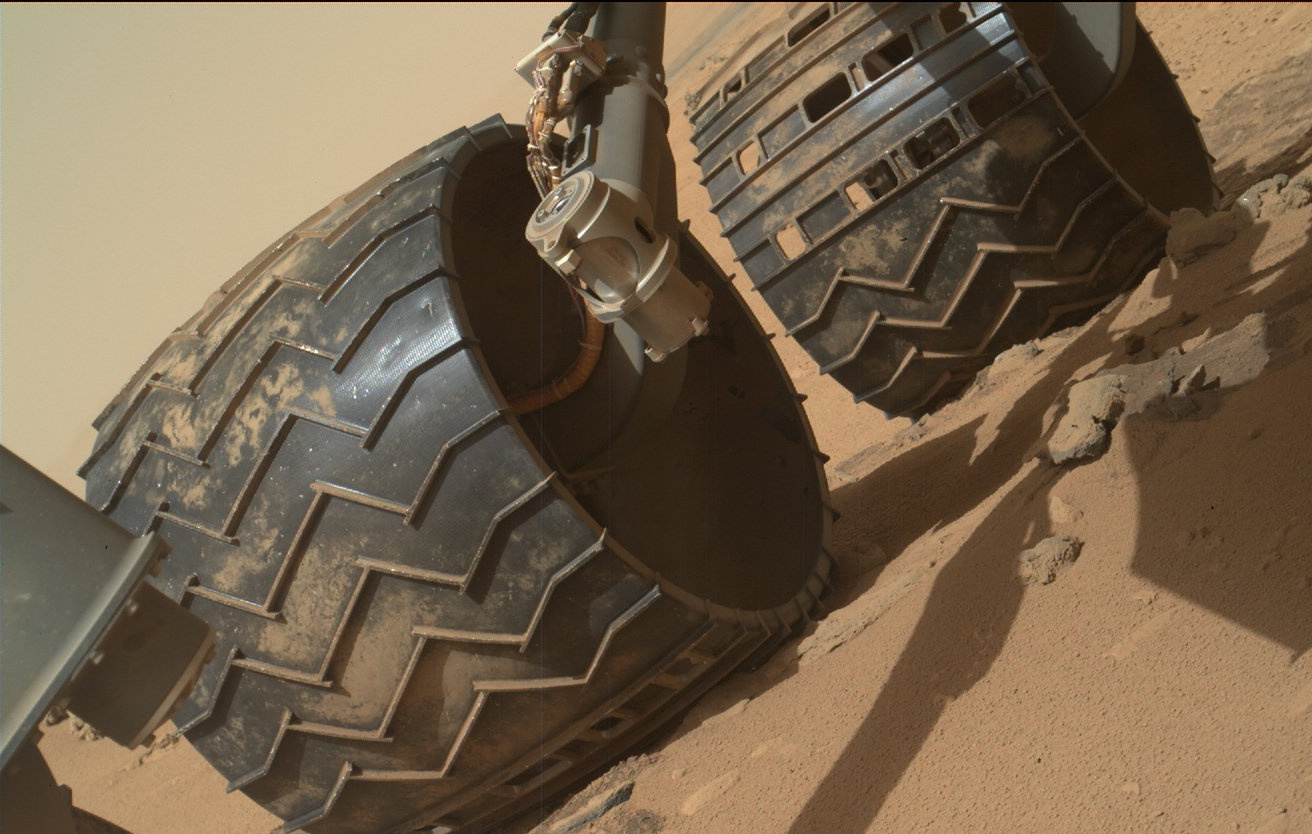 One of the many spots on the rover covered in reddish dirt. 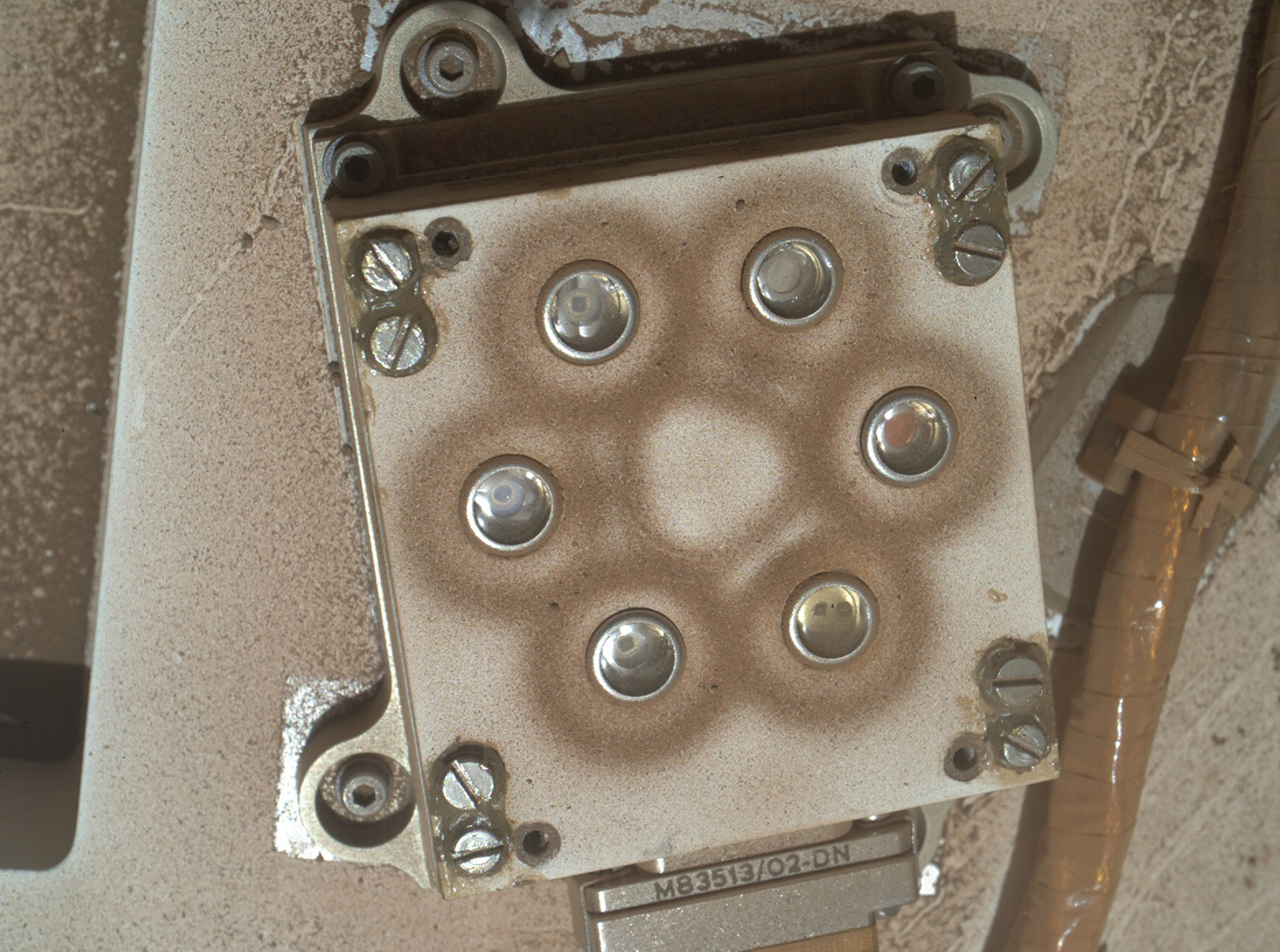 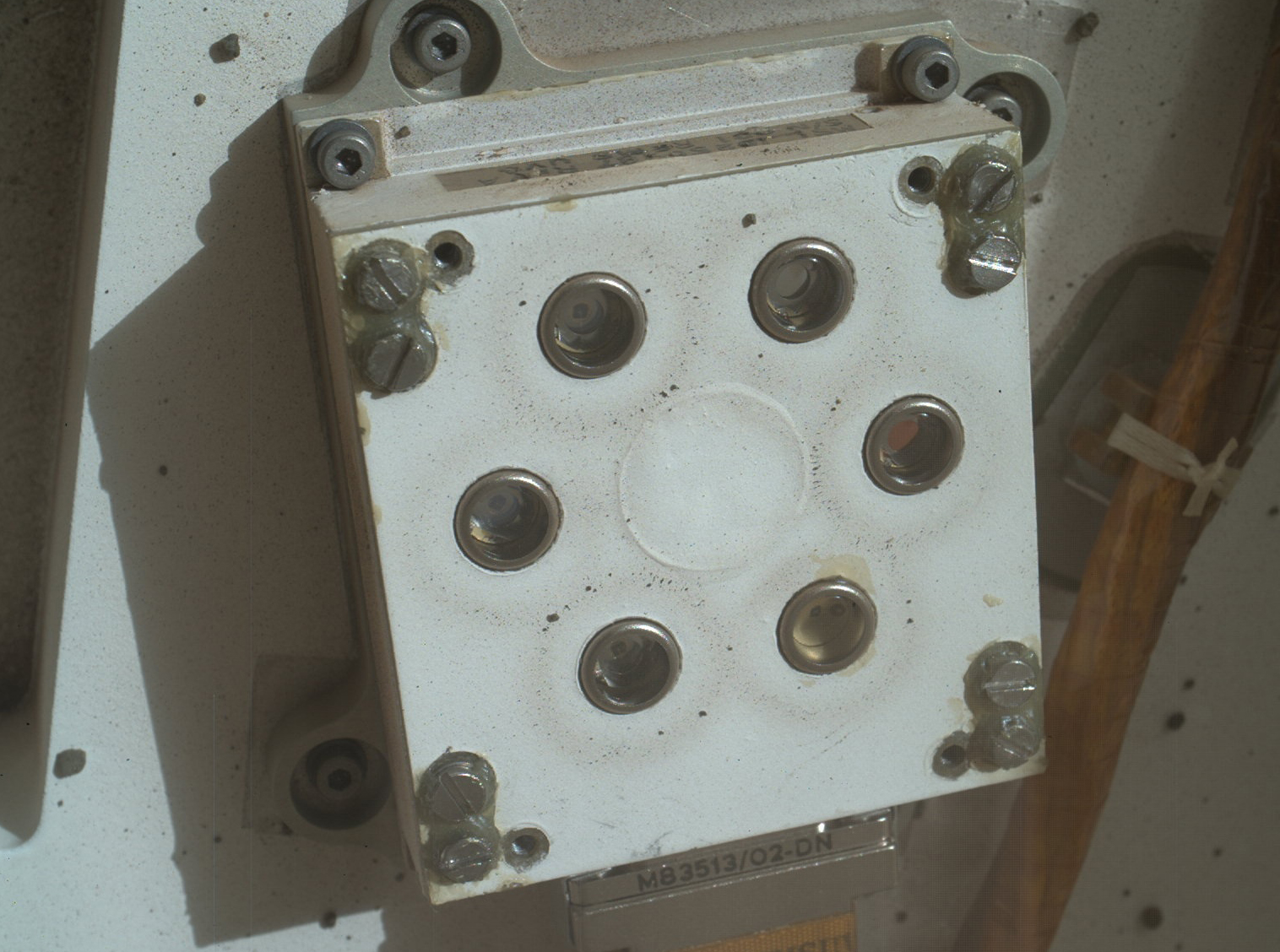 This United States penny from 1909 is part of a series of markings and objects meant to help calibrate the cameras that Curiosity is equipped with. 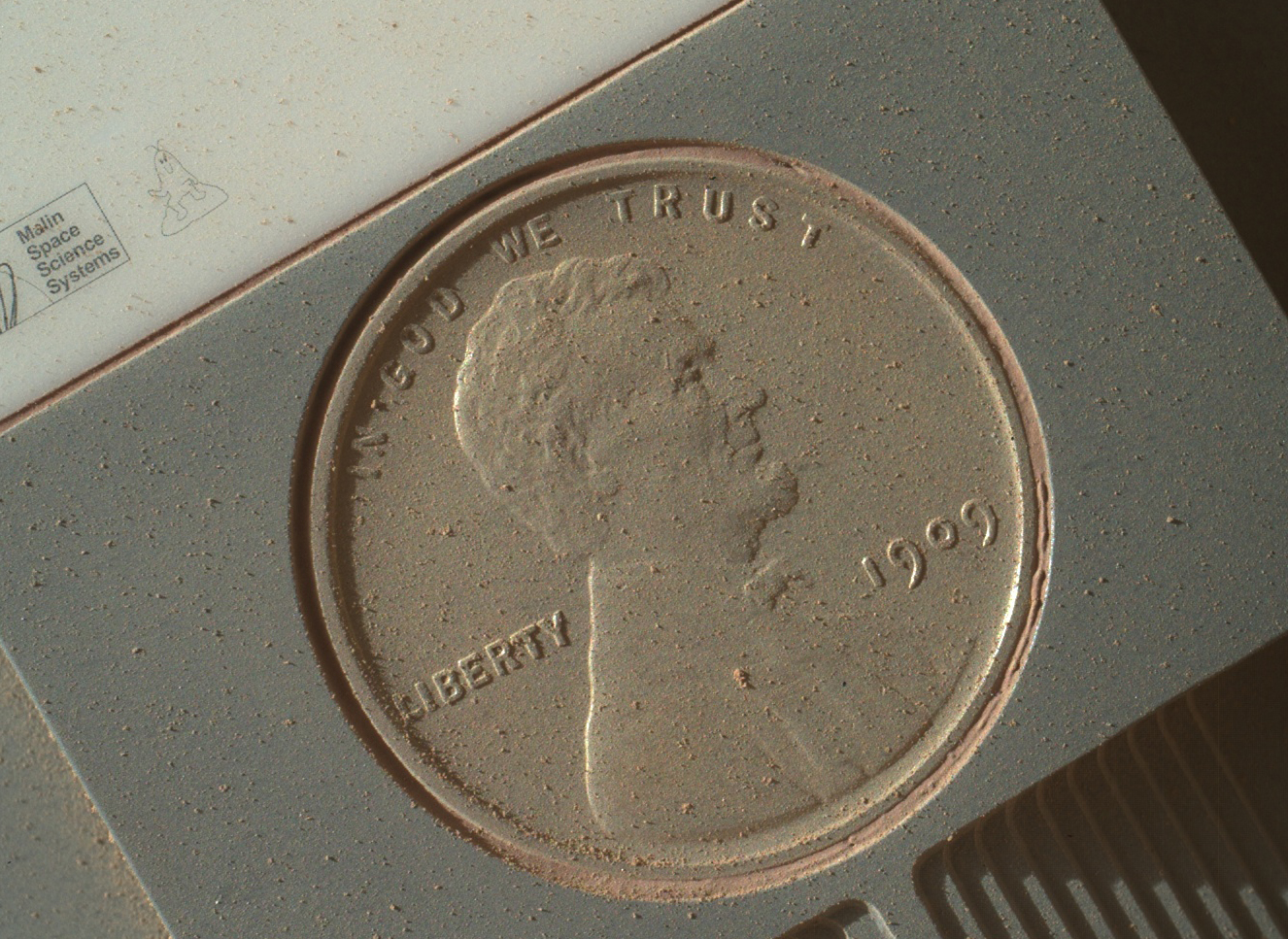 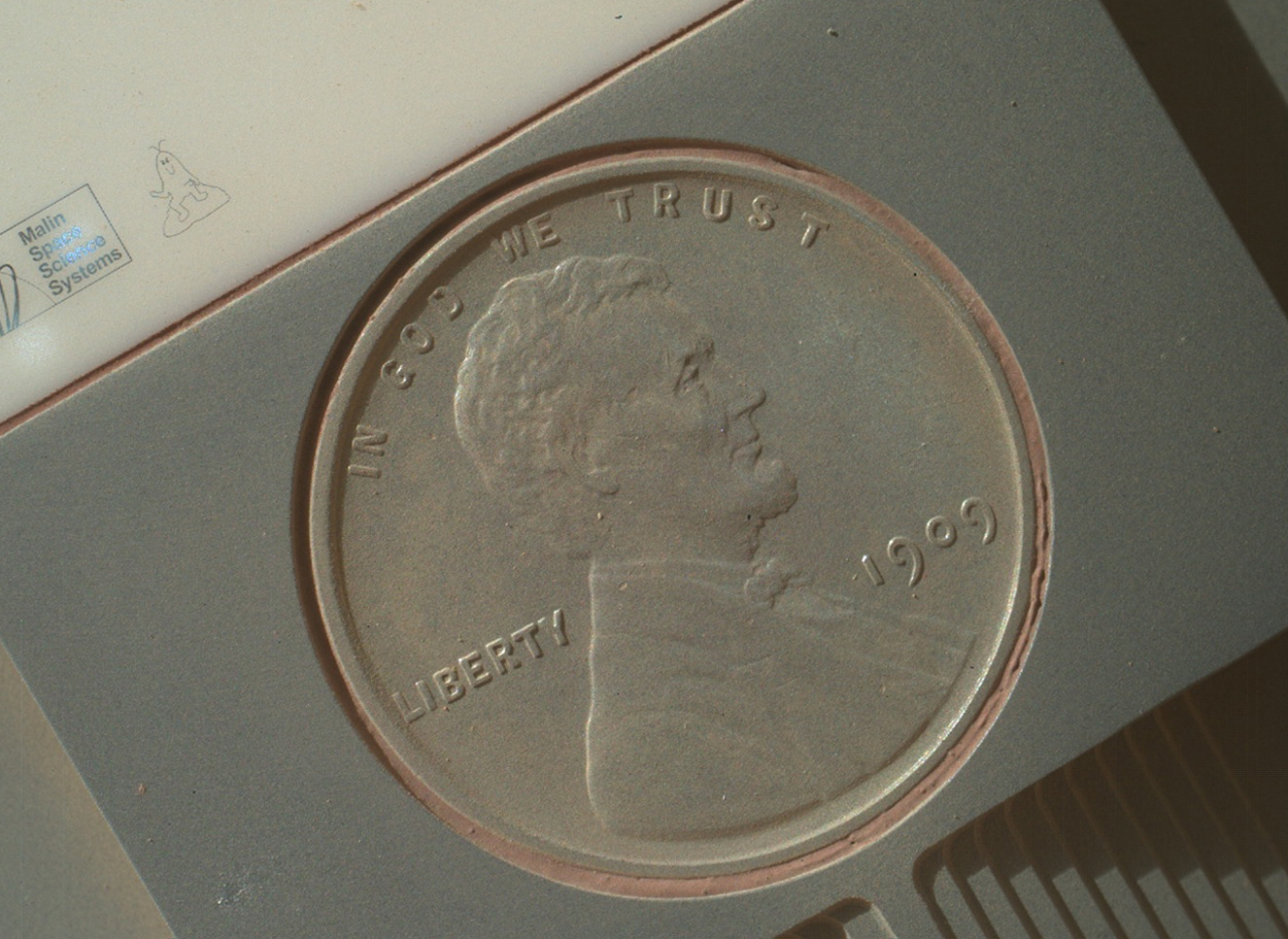 Plenty of Curiosity's parts are left exposed, and will continue to accumulate dirt throughout the life of the rover. 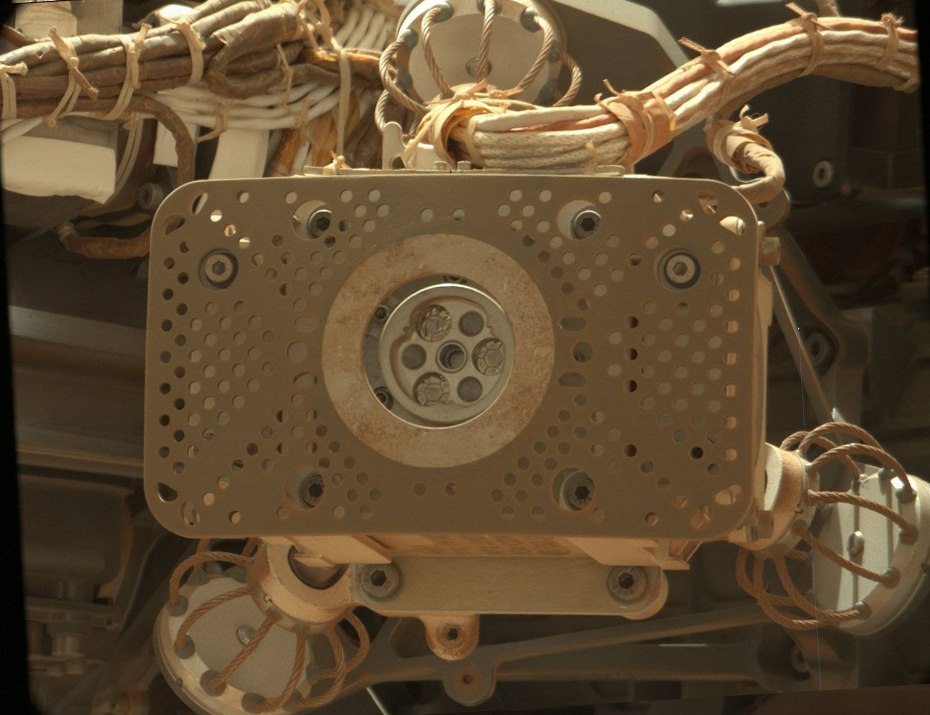 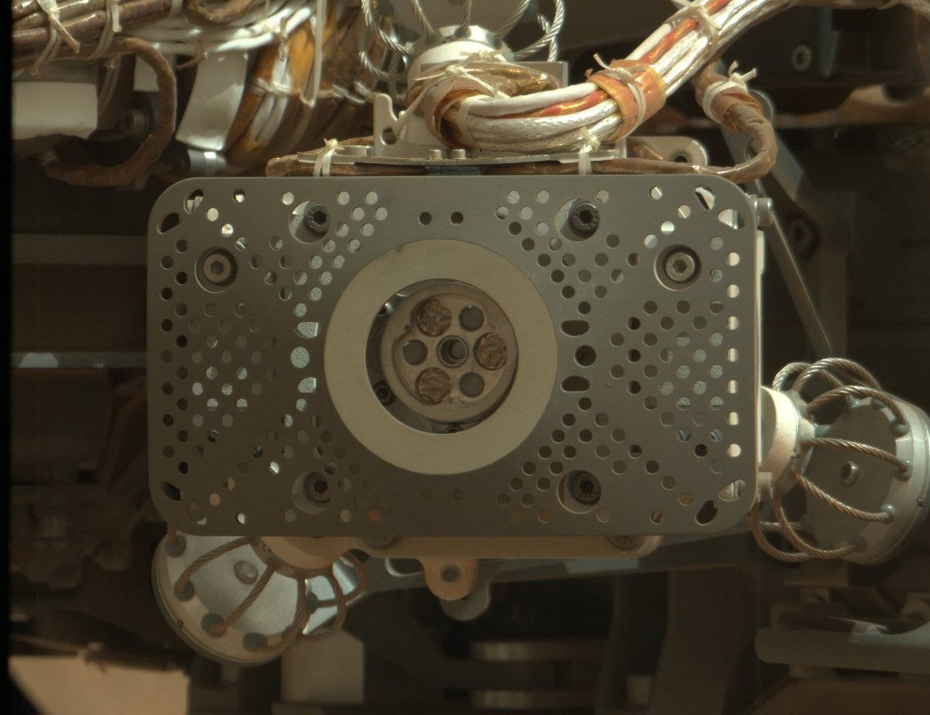 With the closest carwash 200 million miles away, static parts of the rover like this are doomed to collect Martian dust. 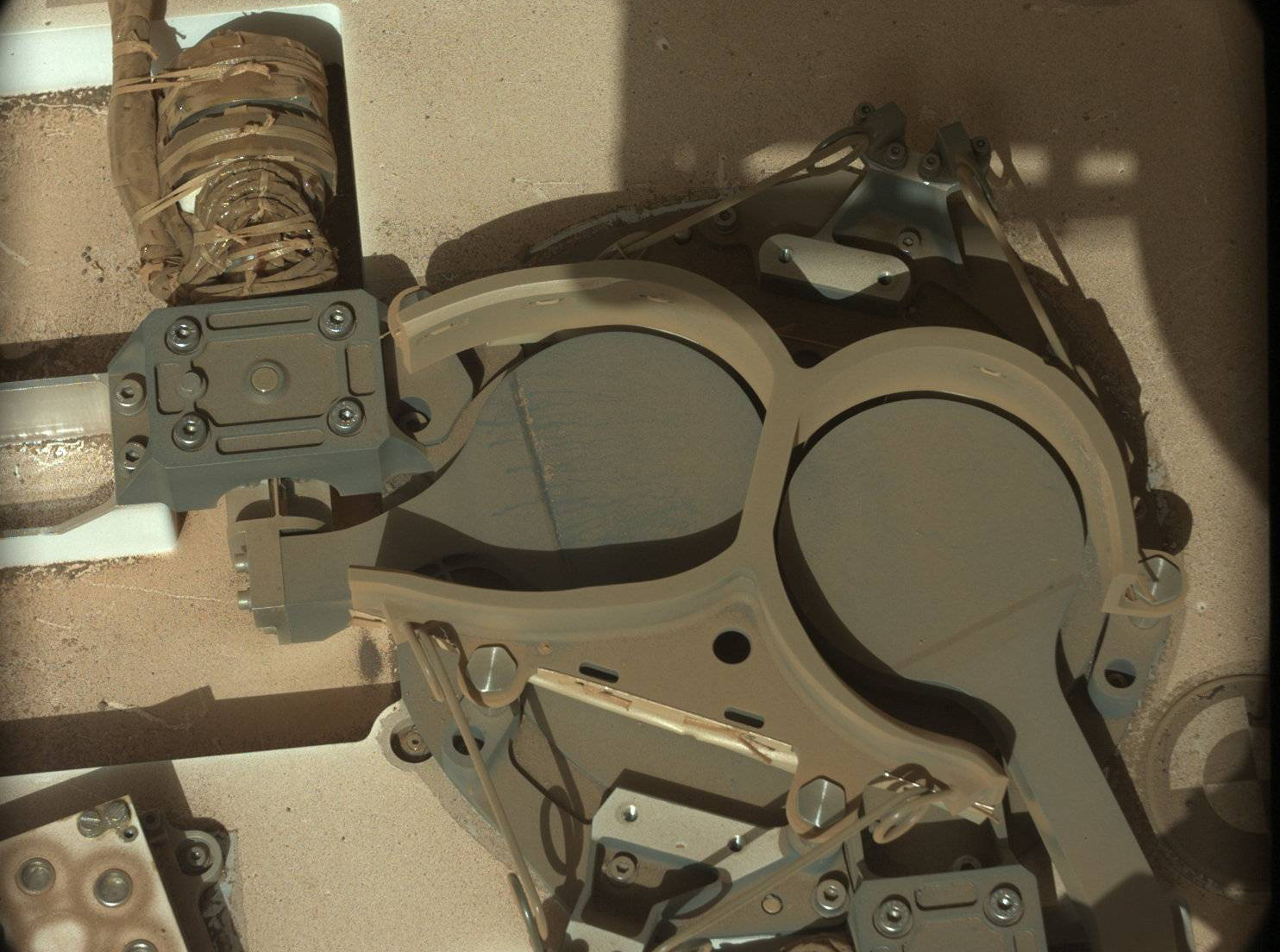 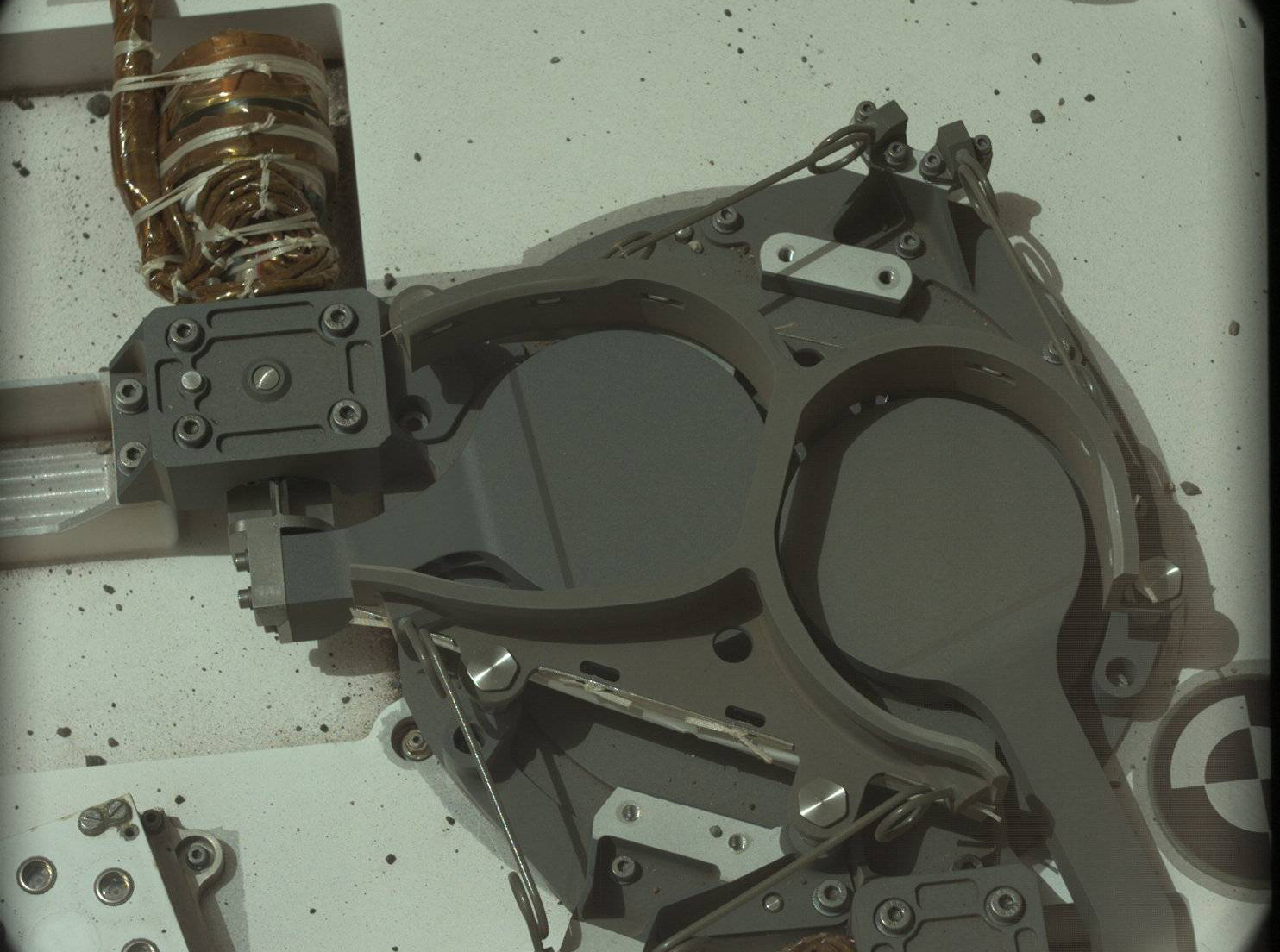 Another calibration area collects dust, and the Jet Propulsion Laboratory logo at the top of the image is almost completely obscured. 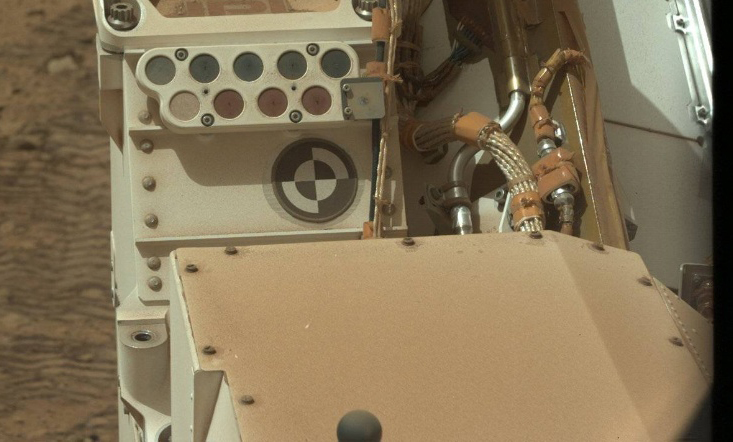 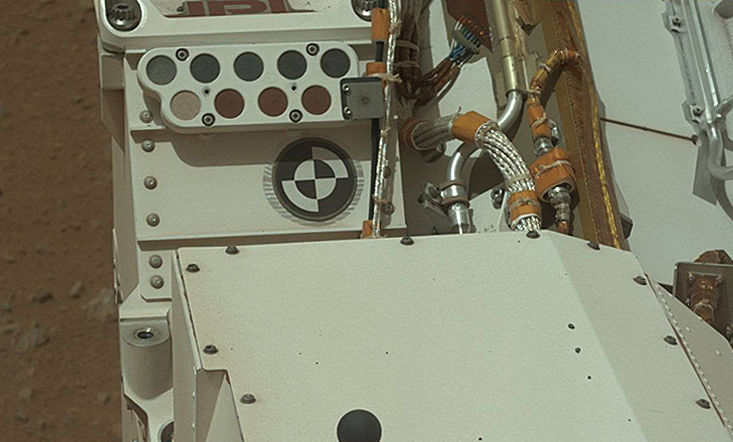 The MarsDial sundial also acts as a calibration tool for the cameras. You can also find one of these on both the Spirit and Opportunity rovers that currently reside on Mars. 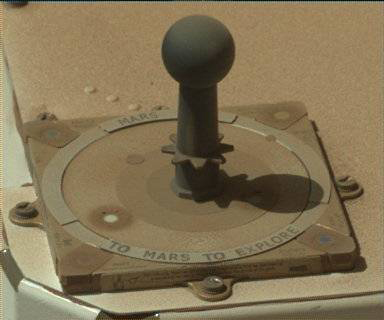 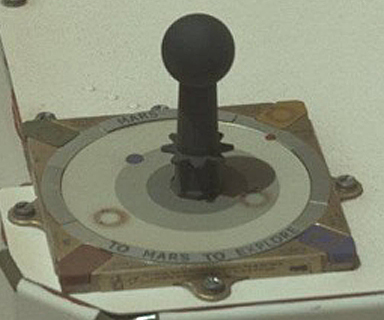 These two Curiosity "selfies," each made from multiple images from the rover's MAHLI imager, show that the top of the rover (where the navigation cameras are located) has remained in pretty good shape despite the wear elsewhere.

All images courtesy of NASA/JPL 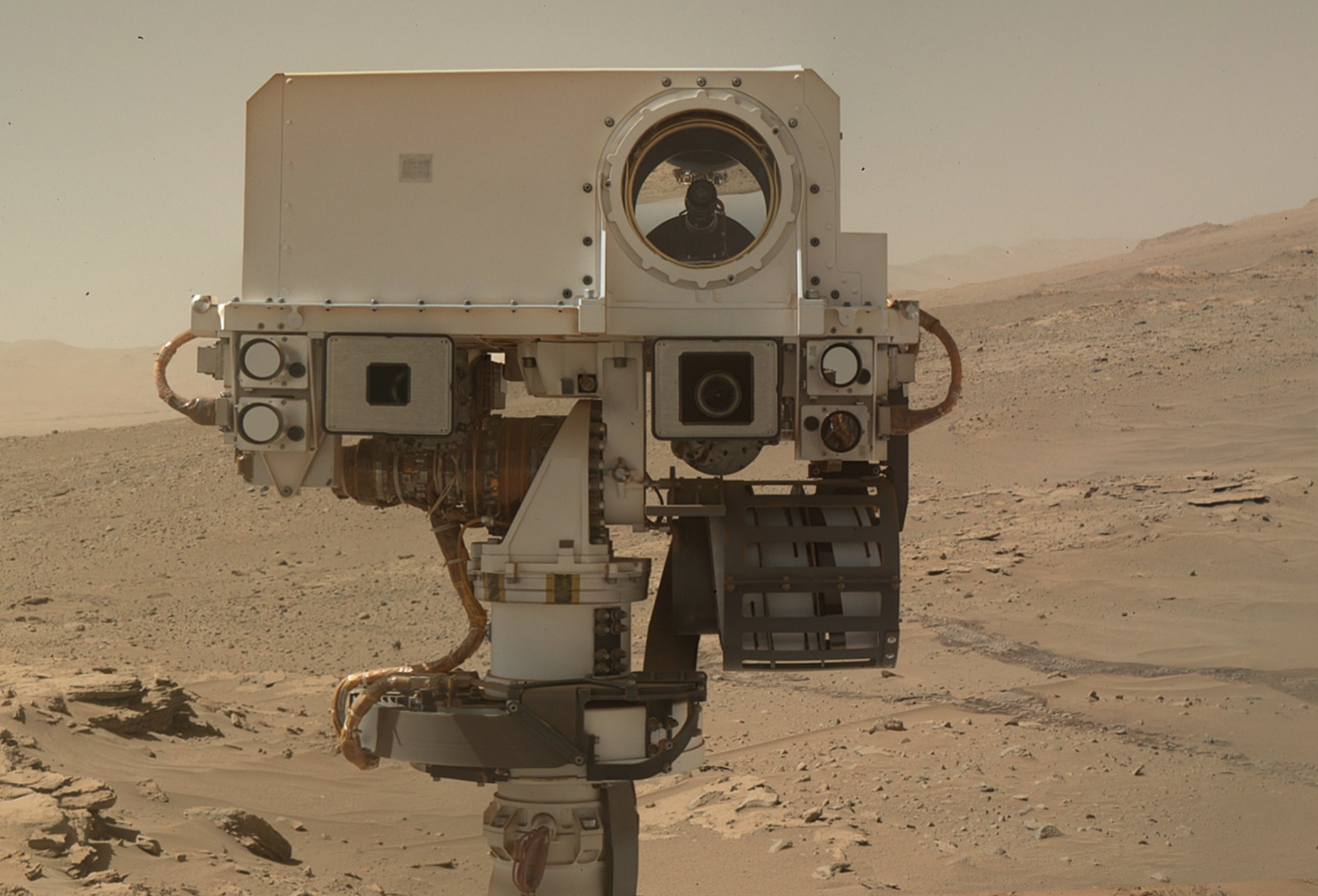 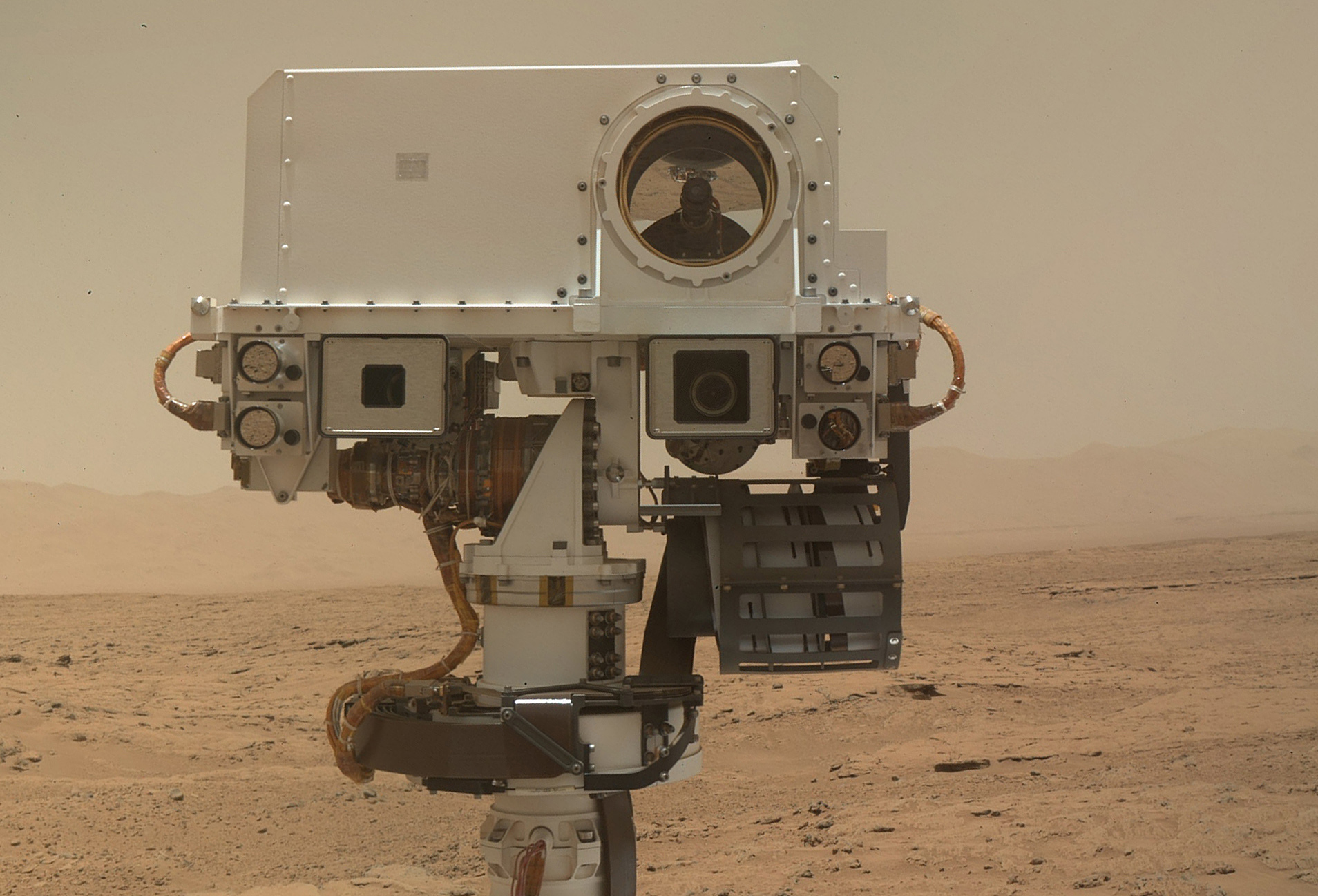