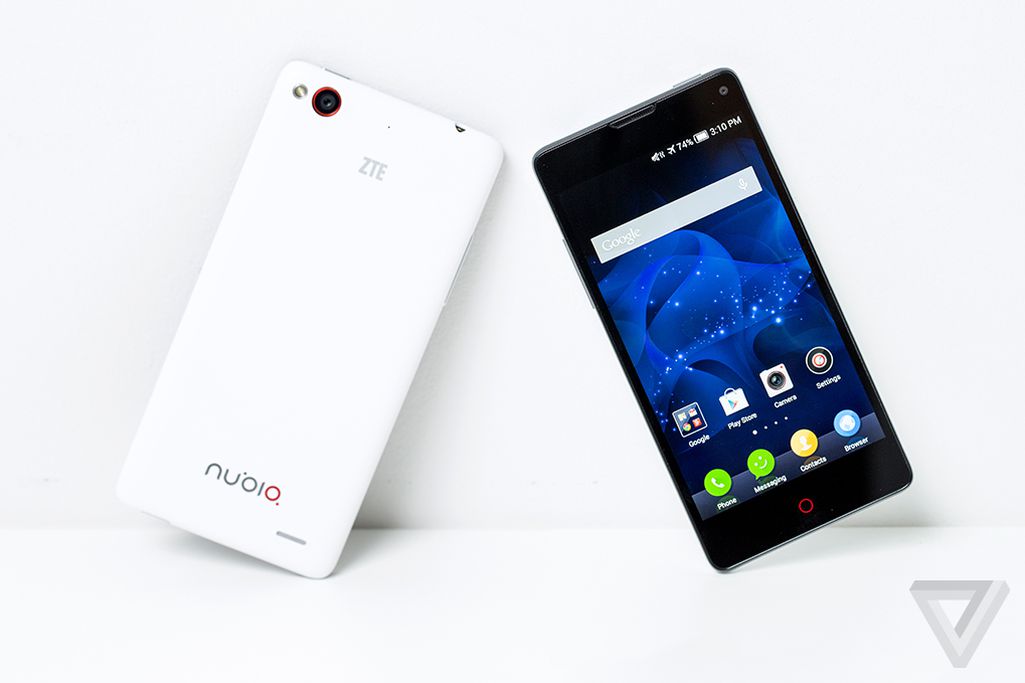 Like Huawei, Lenovo, Mi, and many other Chinese phone makers, ZTE isn't exactly a well-known name here in the US. Though it has been selling phones here for years, many times they are rebranded by carriers. And most of them are low-end prepaid phones that don't engender a lot of excitement in the press or the average person looking for a new phone. But ZTE has been offering its more interesting and higher-end models unlocked through Amazon for some time, and today it's announcing the Nubia 5S mini LTE for the US.

The Nubia 5S mini LTE is a 4.7-inch smartphone with a 720p display, quad-core Qualcomm Snapdragon 400 processor, 13-megapixel camera, and support for AT&T and T-Mobile LTE networks here in the US. It's selling for a $279 unlocked and without a contract, a rather attractive price for a quite capable phone.

I've been using the 5S mini LTE for a few days and I've been impressed with both its performance and build quality. The design is attractive, without being outlandish, and although it's made of plastic, it feels solid and doesn't feel nearly as cheap as other plastic phones. The back cover has a matte finish, which makes it comfortable to hold and it resists showing fingerprints as much as glossy finishes. I also like how the 5S mini can easily be used with just one hand. It's not as much of an ergonomic miracle as the Motorola Moto X, but it's much easier to use one-handed than an HTC One or Samsung Galaxy S5.

The 720p display is quite impressive: it's bright, with great viewing angles and it's easy to see outdoors. It's not as high-resolution as the 1080p displays on higher-end phones, but I had no issues using it to browse the web, read articles in my Pocket queue, or watch Taylor Swift's new music video over and over. At this screen size, a 720p display still provides enough pixel density that I can't see individual pixels with my eyes, so I honestly didn't miss having a 1080p screen. The capacitive buttons below the display are more hit-or-miss, though: the left one was significantly dimmer than the right one, and there's no indication to what they actually do until you press them (by default, the left one is menu and the right one is back, but you can switch them in the phone's settings menu if you want).

The 720p display is impressive, with great viewing angles and easy outdoor visibility

The 5S mini LTE comes with Android 4.3 Jelly Bean and ZTE's custom software interface. ZTE's software isn't as heavy-handed and clumsy as it used to be, but like many software designs from Chinese companies, it still tries too hard to mimic Apple's iOS interface. I quickly installed Google's Now Launcher from the Play Store and was much happier using that than the iOS-style launcher ZTE installed by default. The company has announced that it will be preloading the Google launcher on its phones in the future, but it doesn't look like the 5S mini is one of those.

Performance with the mid-range processor in the 5S mini is fine for everyday tasks, such as browsing the web, using Twitter, and checking email. It's not the best for 3D gaming, you're going to want a higher-end phone for that, and there are points here and there where it stutters and slows down. But it's not slow enough to ruins the overall experience, and for someone looking to get a smartphone without spending a ton of money, it's more than adequate. I used the 5S mini on AT&T's network in and around New York City, and I didn't notice any difference between it and other LTE devices in the same area. Speeds were fast when AT&T's network was available, and the signal was as strong as any other device.

I was most disappointed with the 5S mini's battery life. With light use, I could get it to last a full day, from the time I get up to the time I go to bed, but anything beyond that and I had to stop and charge the battery. This year's crop of high-end Android phones offer impressive battery life, often lasting more than a day between charges, even with moderate to heavy use. The 5S mini's smaller battery and less efficient processor definitely hold it back in that regard.

Camera and battery life are where the 5S mini fall short

The camera is also a bit of a disappointment. ZTE has built a very cool and very capable camera app that offers lots of control over focus and exposure, but the images from the 13-megapixel sensor are just not very good. By default, details are destroyed by over aggressive noise reduction, which makes everything look like a watercolor painting. ZTE actually provides the option to turn off noise reduction, which is something you just don't see often in a smartphone camera app, but when it's disabled, images are then very noisy, even in good lighting.

If you're looking for a lower-cost smartphone and you are a T-Mobile or AT&T customer, the 5S mini LTE is surprisingly a good deal for what it offers. It won't impress those looking for something like the LG G3 or HTC One, which have high-end specs and high-end designs, but it's also less than half the cost of those models. ZTE probably won't be a household name in the US anytime soon, but if it continues to bring impressive smartphones with attractive prices to American shores, that could very well change. The company has told me that it plans to build its brand here in the US with more devices in the coming future, and if those devices are anything like the 5S mini LTE, I'm eager to see what comes next.