The future of the home screen isn't about apps

Share All sharing options for: The future of the home screen isn't about apps

As part of Verge Hack Week, we've invited great minds from around Vox Media to contribute their thoughts on the future of everything — from food to fashion to the written word. In this installment, we welcome Joe Alicata, Vox Media's director of video product.

"Have you seen this?"

"This" could be anything; a song, a video clip, a great gallery of photos. Regardless, if that seemingly innocuous question leads me to an app store where I search for 10 minutes through 50 variations of the same name and keyword, then wait for the download, open the app, and finally find the content, we have massively failed at moving media consumption and discovery forward.

Yes, but the web doesn’t feel personal. The web feels too big. The web feels like you don’t have any control other than actively trying to consume your favorite sites and discover new content. That’s the point of all these new devices: a personal experience, from the awesome 50-inch TV on your wall to the 4.8-inch smartphone in your pocket — but without a great home screen, it's all for naught.

Home screens come in many flavors. We have semi-customizable experiences from cable TV providers, and the more modern over-the-top streaming content boxes like Roku. The problem with both is the focus on the "app" rather than on the content. When I land on my Apple TV home screen, it's mostly a grid of apps — there are precious few clues as to what I should actually watch. The interface certainly lacks any notion of what I might want to consume based on previous patterns.

Thanks to a new iOS app, Homer, we are beginning to understand what apps are making it to our home screens: in Homer’s sample set of a few thousand phones, they’ve seen only 700 apps make it to the iOS dock among 10,000 apps in total. The graph below shows the overall distribution of app downloads for the top 3,000 apps in the app store. Just a small handful of apps dominate, while the rest barely make it into any hands at all. That’s a lot of content we’re all missing out on. What if the operating system just knew what you were consuming and the apps themselves didn’t need to be downloaded? Think about it: content from anywhere being delivered to your home screen that’s focused on what you actually care about, not on a random app name. 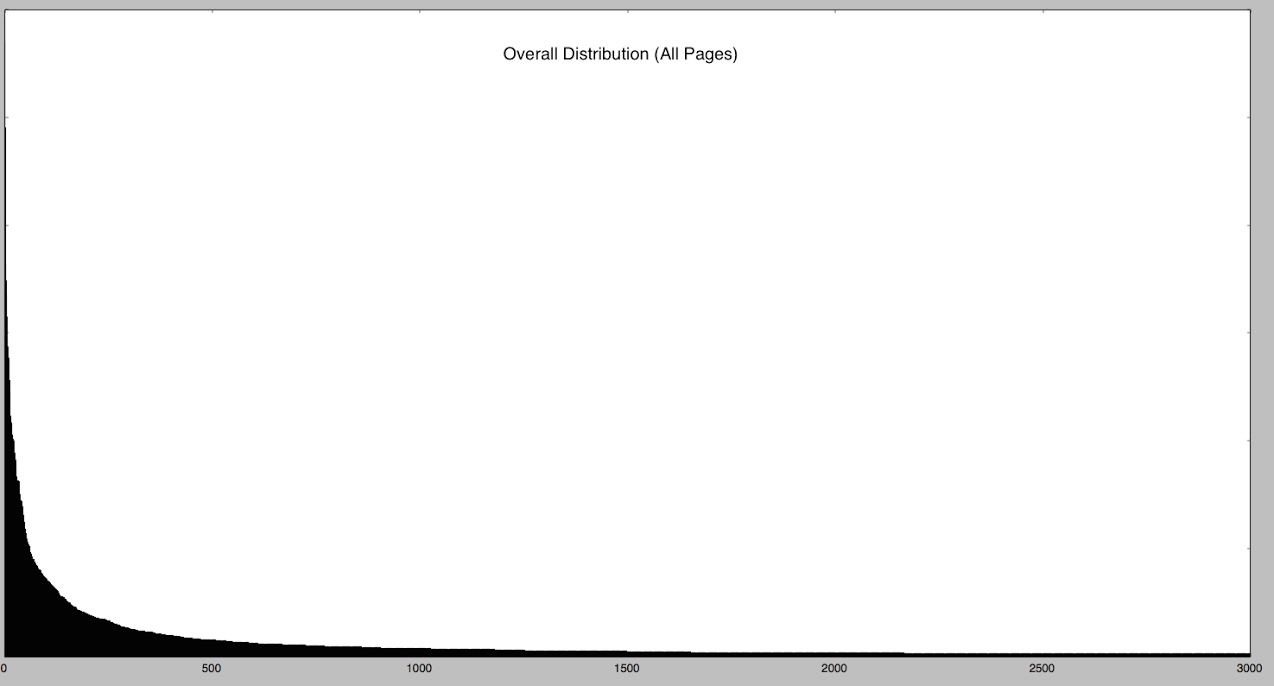 According to Homer's data, just a small number of apps dominate the home screen. A "long tail" of less popular apps appears toward the right of the graph.

We’ve at least moved a bit in the right direction: push notifications are easily integrated into the operating systems themselves, abstracted from the apps that generated them. But that's still after you’ve selected one of those 3,000 apps, launched it, and approved the delivery of the notifications. If the app's smart like Circa or Nuzzel, content will be pushed to you based what’s popular, what your Twitter friends are consuming, or what’s breaking news — but consuming the notification has a long way to go. If I get a notification that a new piece of content is available and it happens to be a video, it should be easy to push that to my TV without launching the app and finding the funny-looking icon to cast it to my TV. If the TV is already on, shouldn’t it just show up as an option to watch?

Think about it: content from anywhere being delivered to your home screen that’s focused on what you actually care about

The home screen of the future needs to lead with content, not app icons with content hidden behind them. It still feels like my desk from 20 years ago, full of CDs, where I have to decide what to consume next. We have some of the glue for this already in place on the open web, but it’s time to apply it to devices. What are the web paradigms, the lock screens, the technologies that will allow us to get relevant content delivered wherever we are? If Nest can detect and predict my patterns for temperature control in my home, we should be able to do the same with media — and do it on every single device I own.

The future of everything