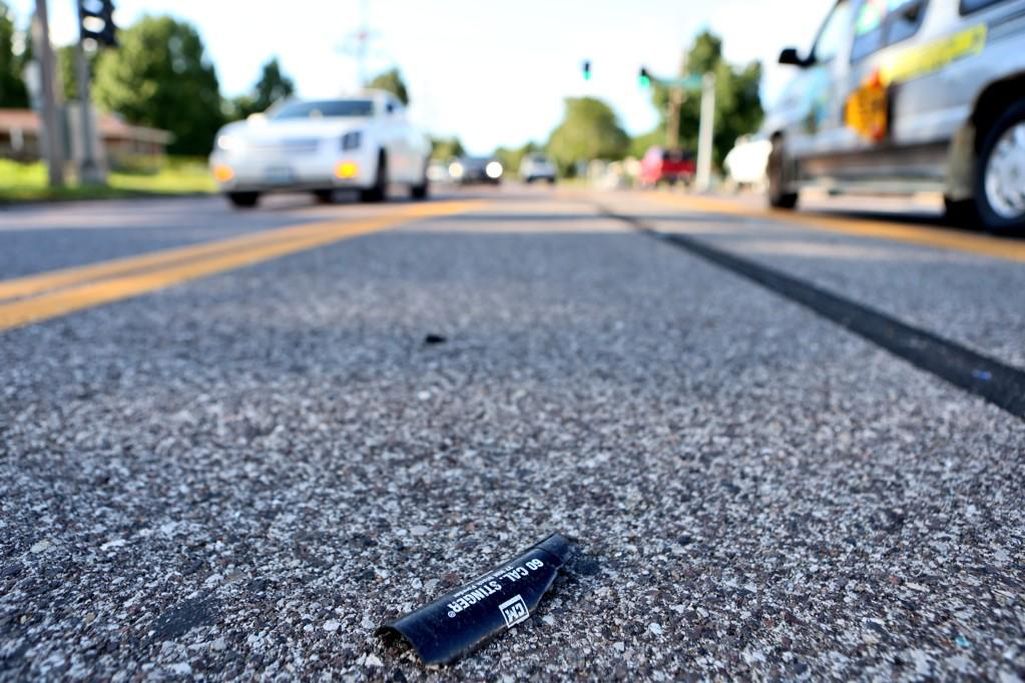 For over a week, law enforcement in Ferguson, Missouri, have been trying out a wide variety of so-called "less-lethal" weapons as they attempt to disperse people protesting the shooting of Michael Brown. To figure out exactly what weapons were being used, Robin Jacks (@caulkthewagon) and Joanne Stocker (@sabzbrach) have been kind enough to compile a spreadsheet documenting the spent munition shells left behind after smoke clears. Two main companies — Combined Systems and Defense Technology — are apparently supplying police with most of their less-lethal riot gear. But as protests continue to unfold, more may emerge. (Amtec Less-Lethal Systems, for one.)

Here, you'll find pictures of some of what's been documented on social media, as well as links leading to more information about these weapons — including, in some cases, how much they cost. It's unclear at this point exactly how much money has been spent on these weapons or where the money is coming from (in the case of Missouri's police forces, Jacks and Stocker have pointed toward a Missouri state contract for a relatively small amount). But as time goes on, hopefully a national discussion will move in this direction: Where is all this stuff coming from and who's paying for it?