Wireless location beacons are now the size of stickers

Wireless location beacons are now the size of stickers

Estimote has shrunk its Bluetooth beacon down to something you can wear.

When a company called Estimote released its first product last year, it was about the size of of a kiwi fruit that had been cut in half. Its diminutive wireless Bluetooth beacons were (and still are) designed to replace things like signs and information placards by sending that to the screen of your smartphone. At the same time, the beacons would help retail shops, museums, and restaurants keep track of where visitors were going.

But there were a few things holding the initial version back. There's an accelerometer to track motion, but people would just stick the beacons on walls or pillars where they remained stationary. And while aesthetically pleasing with bright colors and a polygonal form, they were still big enough that some places affixed them out of sight.

You can stick them to walls, or pets

Estimote has addressed both those things in what it's calling Nearables, asmaller and thinner version of its beacons that do the same things, but with a shorter overall battery life. The company is using newer components and a smaller battery inside a flexible enclosure that has an adhesive back in a size that's meant to keep it out of sight. You can still affix it in all the same places as the larger version, but now it's more suited to go on smaller objects, and anything that might move. That includes items in retail shops, doors, windows, personal belongings, and even pets.

"For humans, we just take for granted that we can classify objects and we know what's going on at all times. And the reason we take that for granted is unconscious, but also because we have sight," says Steve Cheney, a cofounder of Estimote who runs the company's business operations. "A smartphone doesn't have any of that."

That's changing though. Phone-makers have tried to give phones more smarts about where they are using things beyond mainstays like GPS, Wi-Fi, and cellular signals. On Android that's been NFC, which has been more useful for sending information over just a few inches, though does not need to connect to a server far away or use up mobile data. Bluetooth beacons — including Apple's iBeacon system — have promised a longer range and lower installation cost in buildings where sensors can simply be stuck on and programmed wirelessly, much like Z-Wave and Zigbee (competing wireless specs Estimote decided not to go with). 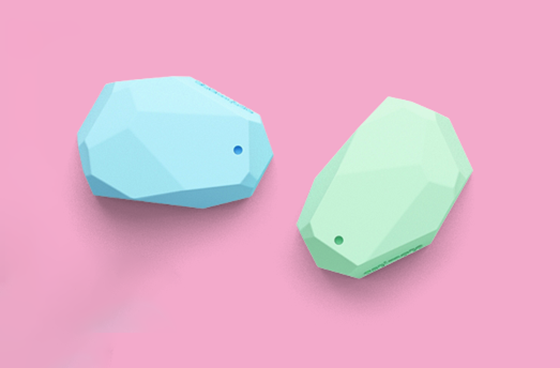 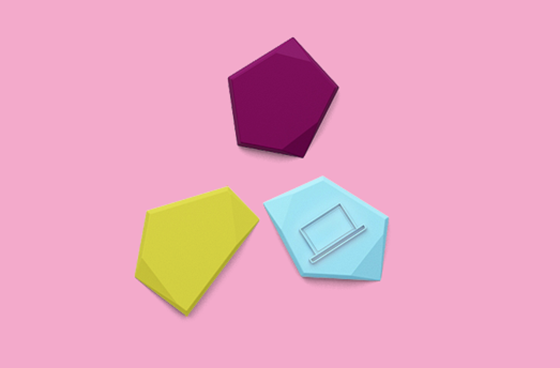 Each Nearable sticker includes an accelerometer to track motion, a temperature sensor, security authentication, and a Bluetooth LE transmitter that's rated to work at up to 70 meters (230 feet), and can be configured to connect with both iOS and Android. The small pads work for up to a year, whereas the larger beacons are rated for more than twice that.

Each sticker works for a year

Estimote is selling a pack of 10 to developers for $99 beginning today, with plans to ship them in the fall. The pack will come with a handful of specialty "activity" stickers with suggested places to stick them, like a bicycle, computer, car, or dog. There are also blanks. All contain the exact same hardware, but Cheney says the company's preloaded the activity stickers with code suggestions for developers to try out specialty apps. One example is the dog sticker, which could be set up to give you alerts or a summary of activity about your pet. Another is made to stick onto your door for something like home security. Again, there's no difference here, Estimote is just nudging people towards making things.

Estimote hopes its smaller, adhesive hardware will open things up for people to add location-based beacons and sensors for non-stationary objects, so that phones can "see" them. Though to be clear, Nearables aren't actually a product aimed at consumers. Instead, the company's built the hardware and its software as a platform to sell to developers and businesses. It sells the beacons, sometimes in bulk, and in custom colors and designs. Then it's up to others to build on, or make a product that people might eventually see in a store.

"Consumers now are starting to see first phase of this, like a tethering device that sits on your keys like Tile," Cheney says. "This is a little bit like Tile for developers."