Say hello to the X+1

In less than two weeks, we're likely to find see the successor to the Moto X. But notorious leaker Evan Blass may have beaten Motorola to the punch, taking to Twitter to show off what could be the X+1. He posted a matte black model and a wooden one, both bearing Verizon logos.

Now, the usual caveats apply: there's no way to know for sure if these pictures are the real thing or not. But if the photos are accurate, they show a device that is subtly tweaked from the Moto X but doesn't deviate from the overall idea. The ring around the camera lens is larger and more pronounced, as is the Motorola logo. There are two speaker grilles on the front, and they're big; could Motorola have taken a page from HTC's book and copied the One's booming speakers? The phone looks like it's running a mostly untouched version of Android, which again is in keeping with the Moto X.

There's much left to be revealed in September, but if these pictures are an indication of a higher-end Motorola phone with the same ergonomics and design as the previous model, the X+1 might be just exactly what Android users have been hoping for. 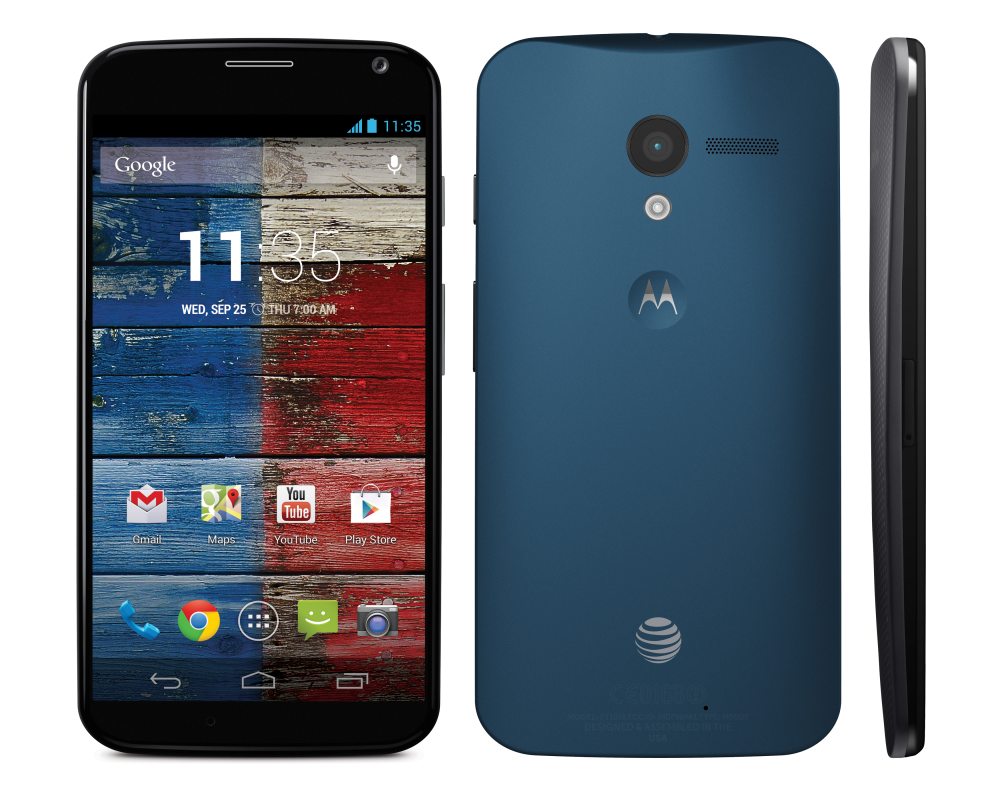