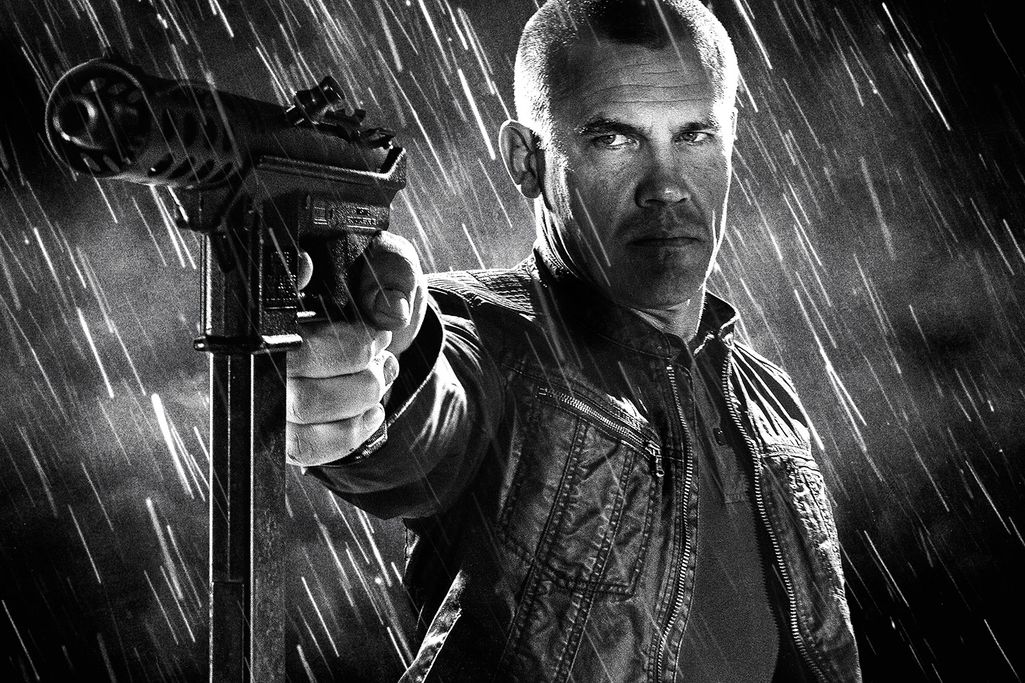 When Sin City debuted in 2005, it hit like a sledgehammer. Frank Miller, a legend in the comics world, had teamed up with Robert Rodriguez and Quentin Tarantino to produce a neo-noir fantasy world tailor-made for the 21st century. It was visually groundbreaking; Rodriguez took Miller’s original graphic novel series and faithfully brought it to life on screen, using only black, white, and splashes of bright color as his palette. It may have lacked for substance, sure, but the movie — full of brutal anti-heroes and sexy femme fatales straight out of Mickey Spillane — dripped with a singularly bloodsoaked style that was hard to ignore.

It’s taken nine years to make the trip back, and the road has been hard. Despite announcing plans to release a follow-up soon after the film’s release, the Sin City 2 project was quickly delayed and fell into a long development hell. Meanwhile, Miller’s industry clout has been in an ongoing state of decline. While lauded for his early work on Batman and Daredevil, his later years have been marred by work that’s been rightly called racist, misogynist, and even occasionally fascist.

Sin City: A Dame to Kill For, once again co-directed by Miller and Rodriguez, is the long-awaited follow-up to the original film, promising a return to that world of booze, broads, and bullets that so captivated audiences all those years ago. It also promises a return to form for a master thought by many to be well past his prime. So, with a decade’s worth of perspective, a movie like this asks us if we’re willing to go back. Is Sin City worth the visit? The answer, frankly, is no.

Marv, now a central figure, rips through his enemies like an angry battering ram

A Dame to Kill For serves as both a prequel and sequel to Sin City, with stories taking place before and after those told in the original. Miller told me at Comic-Con that the new film gave him "the chance to explore [his] world more deeply." That intent shines throughout; told in four intersecting stories, the film feels bigger, darker, and more expansive in scope, exposing us to more characters (both new and returning) and more places than we’ve previously seen. There’s just more of everything: more guns, more blood, more dark alleys to get lost in, and more characters to wax poetic about life in a hopeless city.

And certainly more of Marv — played gleefully by Mickey Rourke — ripping through his enemies like an angry battering ram. It’s telling that the movie positions him as a central figure. He was such a standout, over-the-top character in the original film that his presence alone drags us right back into his seedy world. "Just Another Saturday Night," the very first tale, involves Marv killing murderous frat boys just for the sake of fun and brutal justice. But beyond seeing bad guys get what’s coming to them, there’s nothing investing us in the action save for seeing the hyper-stylized blood and bullets fly. In the end, the story serves chiefly to create atmosphere by throwing us straight into the madness. There's no time for anything else. "Welcome back," Miller tells us, right before hitting us with his car.

That first story exposes one major problem with the movie, if not its deepest one: for all its style, there is precious little depth. Fans know well that Sin City could never be accused of being a thinking man’s comic book movie, but underneath all the stylistic flourishes and cigarette smoke, there was just enough there to make you care about the characters. But here, the desire to make Sin City bigger and badder stretches the film too thin.

However scattershot the film may feel, though, it's nearly redeemed by its stellar cast, who do their level best to drive the remaining stories along with some feeling. Joseph Gordon-Levitt plays Johnny, a slick, impossibly lucky gambler with a shady past in "The Long, Bad Night;" Josh Brolin plays a pre-Clive Owen Dwight fighting off his demons in "A Dame to Kill For;" and Jessica Alba returns as a not-so-innocent Nancy haunted by Hartigan’s death in "Nancy’s Last Dance." The supporting cast, with everyone from a masterful Powers Boothe to a surprisingly reserved Lady Gaga, is no less game for the task at hand, and everyone acquits themselves nicely in their shared pulp universe. The stories themselves aren’t always the sharpest, but the colorful characters certainly add to the spectacle.

No performance, however, tops Eva Green’s as the titular dame Ava, a character almost supernaturally seductive and one of the film’s purest evils. Green is a force to be reckoned with whenever she’s onscreen — green eyes blazing over blood-red lipstick — as Ava works her claws into Dwight and slowly reveals how depraved she is. She’s a chilling screen vixen par excellence, and seeing Green toy with the characters around her is a bit like watching a hypersexualized Doctor Doom. But her role as castrating harlot — a beautiful monster waiting to be destroyed — is also part of what makes this movie a failure.

It’s not long before the viewer realizes that, because things have gotten darker and nastier this time around, what’s left is a world that’s every inch those things with nothing to like about it. For all its many faults, the first Sin City enjoyed itself. It was cool, the kind of comic book movie that hearkened back to those imagined "bad old days" when sardonic tough guys could take a bullet with a smile and dames settled their scores no matter the cost. A Dame to Kill For doesn't feel as cool or as fun. Instead, there's a real sense of sadness here (especially in Nancy's storyline) that couldn't be felt in the first film. Here, Sin City is truly a rotten town and it always was — a place that soils everything it touches. In that way, it exposes what’s so very wrong with a voice like Frank Miller’s in 2014. Yes, his treatment of women — all hookers and angels without much in the way of inner lives — is misogynistic. Yes, there is more than a hint of racism to be found in his treatment of black servants and Asian ninja-prostitutes. And when the patina of cool is washed away, all that’s really left is a particular brand of booze-drenched hatefulness we called grit in 1984.

While leaving the theater, I had to wonder why anyone would want to stay in Sin City at all, let alone go back to it. Unless you’re Marv and having the time of your life drinking, brawling, and killing every night of your life, wouldn’t you leave? With some perspective, you probably would. What’s saddest of all is the fact that you can tell the film’s cast and directors want you to like this world. This film was a labor of love that took nine years to make. But if nothing else, A Dame to Kill For makes clear that it’s time to leave this city behind.

Sin City: A Dame to Kill For opens today in the US. All images courtesy The Weinstein Company.