TiVo minus TV: testing the cable box for cord cutters

Share All sharing options for: TiVo minus TV: testing the cable box for cord cutters

“There is an important service update available for your TiVo box. This update should take less than an hour, and the DVR will restart twice.”

Oh, this is bringing back memories! The notorious TiVo boot sequence. Turning on a TiVo for the first time is invariably a negative experience, because you are thrust into a Kafkaesque universe where each completed update or boot sequence is immediately greeted by another. Minutes, sometimes hours can pass before you can actually use the box for the first time. It is, in fact, the only thing I own that has ever made a cable technician audibly groan with dread upon entering my home. “These things take forever to boot,” he said, flopping onto my living room floor in surrender. He wasn’t wrong.

Such was my first interaction with the new TiVo Roamio OTA, a stripped-down version of the $199 Roamio DVR that removes the CableCARD slot for cord-cutters who want to get all their programming from streaming services and over-the-air networks alone. It’s a glossy black box, about halfway between the size of a Roku and a stereo amp, that acts as your one-stop shop for television and includes a 500GB hard drive for 75 hours of HD recording capacity. In theory, it’s the dream: you get support for Netflix, Amazon Instant Video, YouTube, and Hulu, plus all the sports and first-run broadcast shows you can’t find anywhere else. And you pay less than $50 for it, which is less than a Roku 3, Apple TV, or Amazon Fire TV. But — as with all TiVos — you’ll have to overcome a weird patchwork of user interfaces and a $14.99 monthly fee.

Once you get past an hour or so of downloading, updating, and rebooting, you’re presented with basically the same experience that you get from any of TiVo’s other Roamio models, which is not terrible. The high-definition portions of the software are essentially unchanged since the launch of the TiVo Premiere several years ago, but the Roamio line finally has enough hardware horsepower to make it work without wanting to throw your remote at the television every few seconds. Critically, even though the Roamio OTA is $150 cheaper than the next cheapest Roamio model, it appears that there’s no less horsepower under the hood — the core elements of the system like the guide and the home screen are fast and essentially lag-free.

I can’t think of another plug-and-play platform that does that, which is why I still own a TiVo myself

Where TiVo has traditionally shined is by living in a bizarro world that exists somewhere between traditional content providers, cable companies, and over-the-top players. It’s essentially the only surviving company that belongs to none of these industries and, due in part to its independence, manages to wrangle the content from all three universes onto a single piece of hardware. And even without the cable component, the Roamio OTA still wins here: its content discovery works across broadcast stations, Netflix, and other supported streaming services to present a unified picture of what I can watch. If I search for Dragon: The Bruce Lee Story, TiVo will tell me that it’s coming up this afternoon on WWOR, or I can just rent it from Amazon for $2.99 instead — either way, I’m watching it on the same box. I can’t think of another plug-and-play platform that does that, which is why I still own a TiVo myself.

But inexplicably — and I’m seriously struggling to control my temper here — TiVo still hasn’t updated its entire user interface to high definition. This sounds like a plausible complaint from, say, 2005, but it’s 2014. Google, a search engine, is selling face computers and deploying internet balloons. Amazon is getting close to delivering packages by autonomous drone. Yet I still get a flash of black every time I go into the TiVo’s settings screen as it switches from HD to the same SD interface found on TiVo models from 1999.

I owned a 27-inch tube television then. LeBron James was 15.

It looks and feels like this OTA model, which is a Best Buy exclusive, came together in a hurry. It uses the same outer case as the $199 Roamio model and has the same number of tuners (four). In fact, the only difference appears to be that the CableCARD socket has physically been removed, leaving an empty space on the unit’s bottom plugged with a removable plastic cover. The cover still says “CableCARD (Multi-stream only)” on it. That’s a lie. There will be no CableCARD going here.

It begs the question whether TiVo could’ve shrunk the Roamio OTA by, say, 40 percent so that it conveniently disappears in an AV setup the same way a Roku does. We don’t know — and we’ll probably never know, because TiVo isn’t exactly known for top-notch industrial design (apart from its celebrated “peanut” remote, perhaps).

Despite the niggles, the Roamio OTA would still be very recommendable because it captures an unusually large amount of content that a cord-cutter would want into a single box, but there’s a sticking point: the monthly fee. Your $14.99 per month effectively pays for a programming guide. Granted, a good guide is extremely important for over-the-air programming — it was a big part of Aereo’s selling point — but the price doesn’t seem reasonable. It also means that by month three, you’ve paid $95 for the box, at which point you could’ve just bought an Apple TV, Roku 3, or Fire TV and used your television to tune over-the-air stations. There’s also no HBO Go on the TiVo platform, which will be a dream-killer for some (although you technically need a cable subscription to have a legit HBO Go account anyway).

Of course, what TiVo is counting on is the same thing it has always counted on: despite the fact that the Roamio OTA is a weird, frustrating product, there simply isn’t anything better on the market for doing what it does. When you’re competing against cable boxes, that’s an easy win because cable boxes are almost universally awful — but it’s an even easier win for cord-cutters, where alternative options for easily DVRing shows are few and far between. You can build a media PC, sure, but not for $50 up front — and that kind of complexity is out of scope for normal human beings, anyway.

So, here you go, cord-cutters: your $50 all-in-one set-top box is here. There is no competition. That’s not a figure of speech; there is literally no competition. Buy this and deal with it.

At least the TiVo sound effects are still pretty cool.

Our review of TiVo Roamio OTA 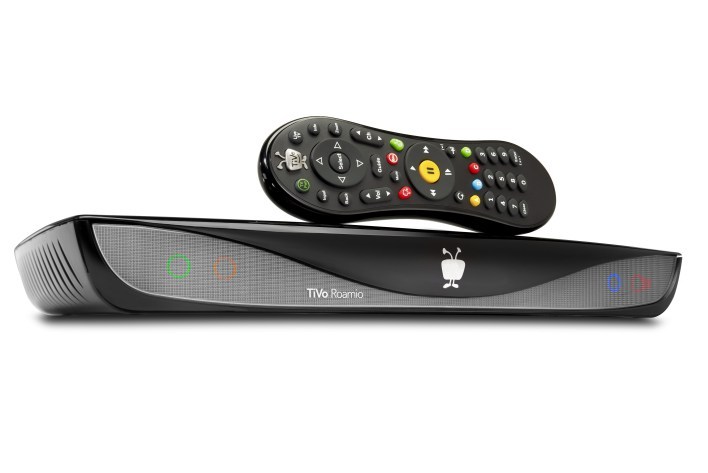