The new home camera goes after the priciest part of ownership: the service

Arcsoft is a company you've probably never heard of, but you've likely got some of its technology in your pocket. For the past two decades it's made imaging tools, including ones that stitch together panoramic photos and detect when people are smiling to get a perfect group shot. That's ended up in smartphones, and in cameras from Nikon and Canon, but Arcsoft has never actually made something of its own. That's changing today with a home-monitoring camera called Simplicam, which is arguably the closest anyone's come to unseating Dropcam with its price, feature list, and ease of use.

I've been using a Simplicam in my house for about two weeks, and it's a great alternative to Dropcam, even besting it in some areas. It has its shortcomings too, but it impresses as a way to keep an eye on things remotely, and manages to do it for less than Dropcam.

Record everything, but not forever

Like Dropcam, Simplicam is a product designed to keep watch on your house, and alert you when it sees movement or hears sound. It hooks up over your Wi-Fi network and sends 720p-quality footage to its servers. Recordings are kept for a day or more, depending on which paid subscription plan you're signed up for. You can watch that footage in your browser, or on a mobile app that's fast and fairly polished, then get alerts when it detects motion or loud noises. There's also a speaker, which means you can communicate with whomever's in the room as if it were an intercom, and it has infrared lights to help it record footage in the dark. 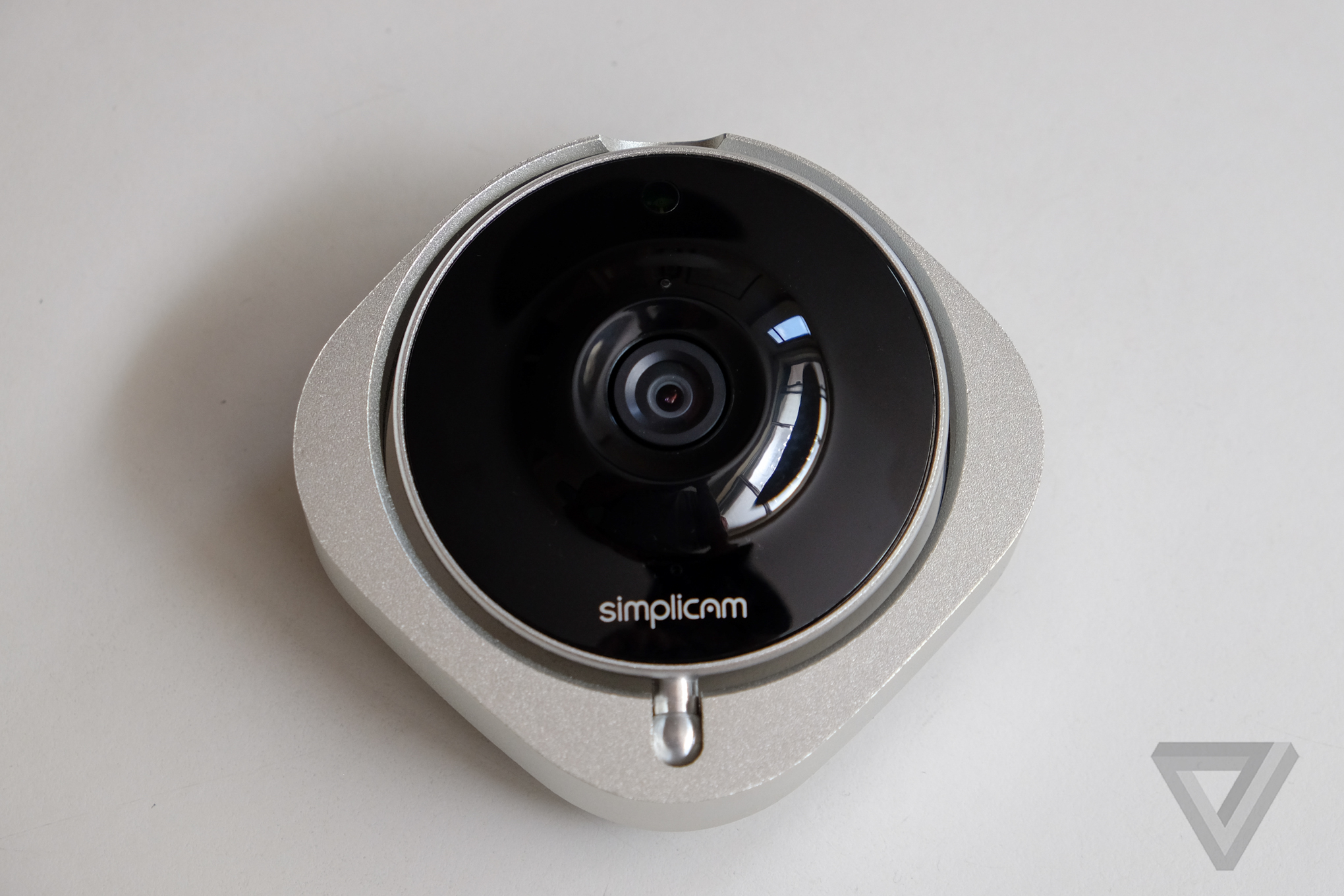 Its main advantage over Dropcam (and many other similar products) is in facial detection. Along with motion and sound, it will actually recognize a human face, making it extremely useful at weeding out false positives like pets. In testing, this worked out very well, and was able to pick out a face even if it only appeared on camera for just a second or two, sending a push notification just a few seconds after that. To be clear, it isn't able to recognize who these people are, just that they have a face. The system falls apart if you cover up your eyes, or the lower portion of your nose and mouth. I was able to fake it out like this several times, but someone burgling your house might not.

Another key difference between Simplicam and Dropcam is the price. Simplicam is undercutting Dropcam on the price of its cloud recording service, which is called Closeli. You can get just the camera for $149.99, or pay $199.99 for a version that comes bundled with a year of the one-day cloud recording service (which runs $49.99 on its own). Dropcam's two cameras are priced the same (though differ in features), but you don't get any free cloud recording beyond a 14-day trial. Dropcam's cheapest plan starts with a seven-day service, which runs $99 a year — or twice as much as Simplicam's one-day, $49.99-a-year service. Arcsoft thinks the majority of people who buy it will opt for a shorter service, however there are also 11- and 21-day recording plans that run $139.99 or $13.99 a month, and $229.99 or $22.99 a month, respectively. You're able to get a 40 percent discount on those services for each additional Simplicam camera you add.

Subscription plans can add up over time

The benefit of a recording subscription cannot be overstated. Without it, you can tune in live and see what's happening, but you won't get the facial recognition alerts, which require processing on Arcsoft's end. You also get a full timeline of recordings, and a very simple and straightforward preview of activity broken down by type, and by hour, complete with animated preview thumbnails. You can save up to an hour of individual clips to a favorites bin, where they can be downloaded as MP4 files, or shared with others by email, YouTube, Facebook, and with a direct link. And perhaps most importantly, you can do this from the browser or the mobile app, which is something Dropcam can't do on iOS or Android.

Different types of alerts get their own icons.

It's clear that Arcsoft is new at hardware, and some things are definitely not so great about the Simplicam. The aluminum base that comes attached to the camera looks and feels nice, but doesn't grip at all, and is surprisingly fiddly. The 107-degree view is not as wide as you'd get on something like the Dropcam Pro's 130 degrees, or Piper's insane 180-degree fisheye lens. That limits how much of a room you can pick up, and thereby where you can place it. It's also not as sharp or vibrant as Dropcam's top model, which runs $199, but has an all-glass lens and additional features like 5Ghz Wi-Fi and Bluetooth. 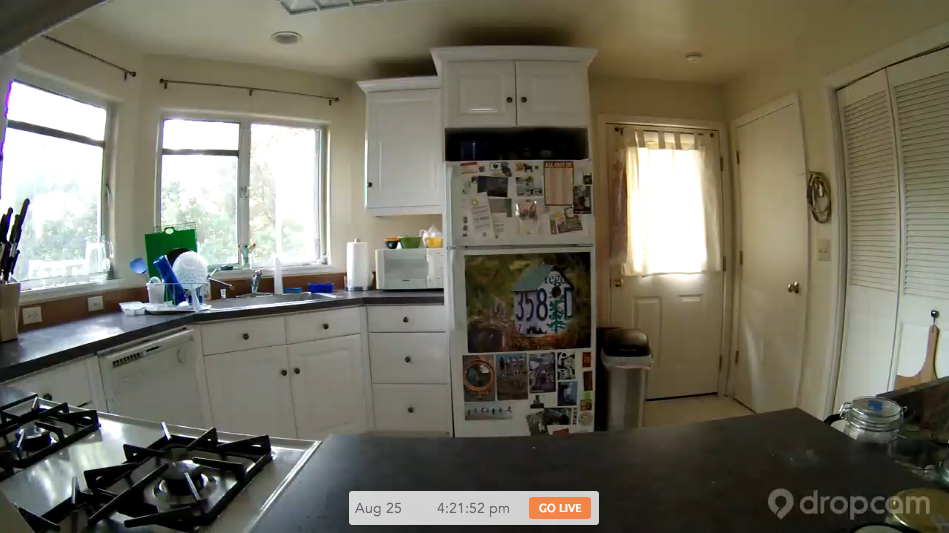 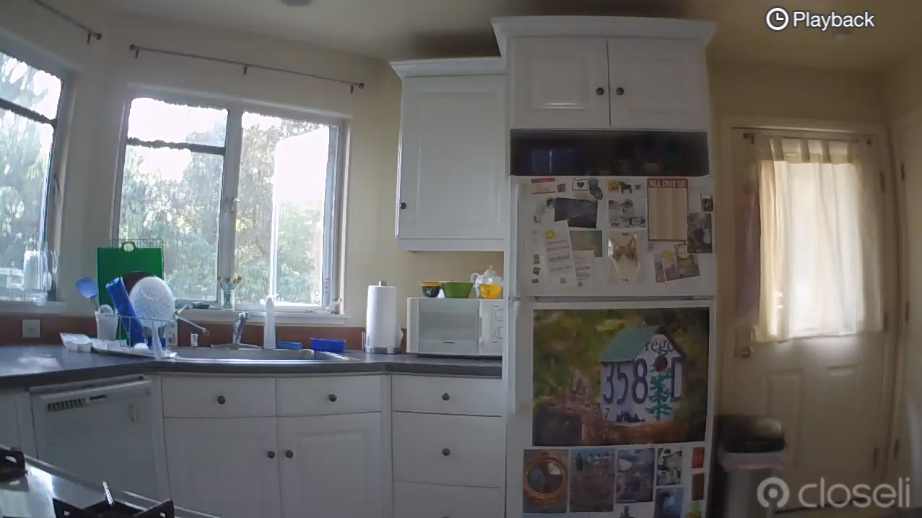 One other thing to point out is that there's no support for activity zones, something you'll find on the Dropcam and a few other competitors that lets you get motion alerts for only specific parts of a room. While the facial recognition helps cut down on some of the alerts, this still means notifications can be noisy if you put it in a busy area.

Even with some of these shortcomings, the Simplicam is a very easy-to-use product that does exactly what it sets out to do. It's very clearly been designed to unseat Dropcam by emulating some of its best features, while managing to add a few of its own. If you want something with a little more polish and a proven track record of software updates that add more features, stick with Dropcam. But if you want to save $50 — and potentially more later on — the Simplicam is worth a look.