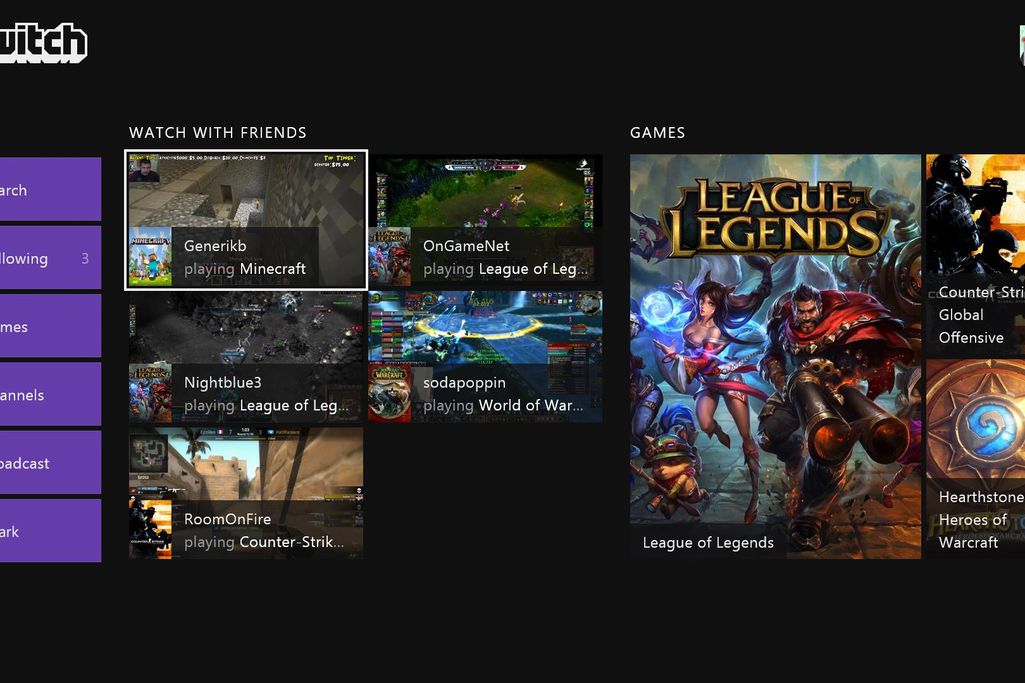 Amazon agreed to pay just shy of $1 billion for video game streaming site Twitch last night. The service, which originally launched as a spinoff from Justin.tv in 2011, has become so wildly popular that its owner’s major concern has not been how to grow the site, but how to secure sufficient servers to supply the sheer number of streams its users both create and demand. It’s obvious to everyone that millions across the world want to watch other people play video games — more than 55 million people use the service every month. Less obvious is why.

There’s no easy answer, but the most popular streamers offer viewers one or more of three key benefits: buying advice, a community built around a streamer's personality, or the chance to observe professional grade skill. These elements, coupled with Twitch’s ease of access and gamer-friendly attitude, have contributed to both the company’s billion dollar valuation, and a huge change in the way millions of people play and think about video games. 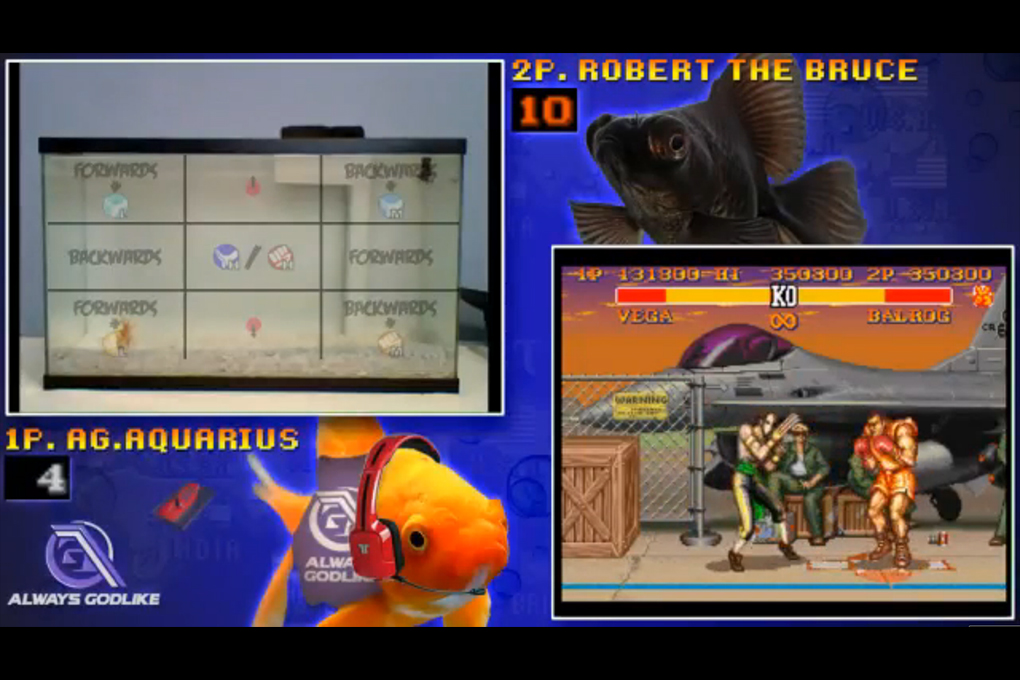 People watch streams to know what to buy next. The sheer number of games on the market has skyrocketed in recent years. The video games press can't hope to keep up with the volume of new games, and even if it could, expert reviews come hours, days, or even weeks after the game has launched. For a savvy and switched-on class of gamer, that's too late -  they need to see the game in action now. With early access PC games often costing more than their final retail versions and no demo version to try before you buy, the streamer becomes the guinea pig, the viewer watching over their shoulder to see if the game is worth the asking price.

Steam, Valve's download service and game marketplace, introduced its Greenlight system in 2012, a model by which developers could get their games onto the marketplace without having to be judged by Valve's in-house staff. John "TotalBiscuit" Bain often sifts through these new releases both on Twitch and privately, producing a series of YouTube videos he calls "WTF Is...". The titles on show are often small, indie, and cheap, and Bain shows the game in action, overlaying it with thoughts on its overall quality.

Many of the most popular streamers have a particularly young audience, broadcasting to players who simply can’t afford to buy and play the latest games. But while some are watching to live vicariously through adults with more money, millions of others are watching because they’re buying in to streamers’ characters and personalities.

As TotalBiscuit, Bain has built a huge and loyal fanbase who see him as an everyman. While the games press hands judgements down from on high, Bain uses democratically available Twitch streams to provide apparently impartial advice from the same level as his followers. He leads a cult of personality, and he’s not the only one.

YouTube star PewDiePie has 30 million subscribers, and reportedly earns $4 million a year for his game streams and videos, over which he lays jokes and over-the-top, on-the-fly reactions. Toby "Tobuscus" Turner has 1.14 million Twitter followers and caused a mini-riot in 2012 when he appeared at London's Eurogamer Expo as fans crowded him on the street. Both earned much of their fame with short and slickly edited YouTube videos, but offer their armies of fans another way to see their idols by filling unedited hours with streams of consciousness as well as streams of video games.

StarCraft II provided a kickstart for many popular streamers. Stephen "Destiny" Bonnell propelled himself into the game's professional circuit by streaming StarCraft II matches live, commentating his games as he played with acerbic and often offensive statements. Bonnell dialed his natural personality up for his streams, building a following who would pay $5 for a subscription to his Twitch channel in the process. Speaking to me in 2013, Bonnell explained the importance of personality to streamers. "It's not so much watching a game, as watching a person who happens to be playing a game. Like if Denzel Washington started to stream Halo 3. You might not play Halo 3, but you'd probably watch Denzel Washington play because of who he is."

Fans follow Bonnell around regardless of the games he plays

To Bonnell, the important factor wasn’t the game itself, but the player. "I have a fanbase who follows me around regardless of the games I play," he said, "just because they enjoy watching me play." Bonnell and other streamers like him offer personality, but also community involvement, replying to commenters in Twitch’s chat client and asking them for advice on what to play next.

What game should I play next? http://t.co/hqIexpo1yd

Both streamers are examples of ringleaders for a community that bands together around their play schedules, but Twitch's streamers don't even have to be human to draw an audience. The mesmerizing Salty Bet pits computer-controlled fighting game characters against each other and asks its viewers to bet imaginary "Salty bucks" on the outcome. The stream has been viewed more than 16 million times. Another stream uses the meandering of two small goldfish to control Street Fighter II characters. It has 13,810 followers. Twitch Plays Pokémon, perhaps the site's greatest social experiment yet, saw 64 million viewers flood the site's chat client with commands in an anarchic attempt to crowdsource a way to finish Game Boy game Pokémon Red.

Yet others see Twitch and its streamers as a way of advancing their own skills. Professional gamers often broadcast their own practice sessions, allowing laypeople to observe the kind of advanced tactics or exercises they employ. These streams are often more businesslike in tone than more personality-driven channels, with the streamer either zen-like in their silence or offering dry commentary about their thought process, but they don't pull in any fewer viewers because of it. In April last year, pro League of Legends player Mike "Wickd" Petersen reached a record concurrent viewership on a personal stream with 137,769 watching him battling against a team-mate for a spot on e-sports team Evil Geniuses' roster.

Wickd's personal stream figure was eclipsed by last year's League of Legends' finals, which saw 32 million people watch the annual competition, with 8.5 million of those watching at once. Earlier this year, Dota 2 tournament The International 4 was broadcast on the Twitch, and watched by 20 million viewers.

Millions watch Twitch streams: some to see the game, others to see the player


Twitch provides a window into events that might be seen as niche - in addition to huge Dota 2 and League of Legends tournaments run by those games' developers, the site allows the broadcast of much smaller competitions, helping to foster a sense of community in pro-gaming circles less visible to the wider video game community. This year's iteration of fighting game tournament Evolution, for example, saw 138,000 tune in to watch its Super Smash Bros. Melee championship — a video game that came out more than a decade ago on Nintendo's GameCube console.

There’s no one specific reason why people watch other people play games because the people who do watch are so varied. Some watch to see the game, others to see the player. The same people that watch a fish play a SNES game for 20 minutes aren’t necessarily the same people that book days off work to watch e-sports tournaments live from the other side of the world. But Twitch has become a home for these types of person — and more.

The answer to "what kind of gamer watches other people play video games?" Every kind.