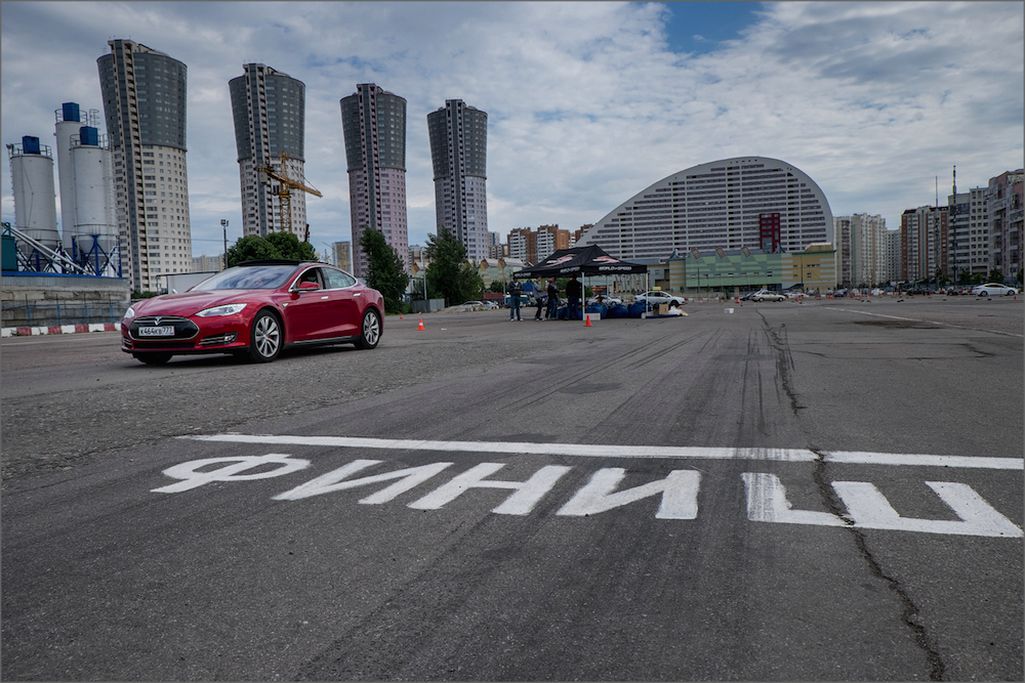 In much of the Western world, the Tesla Model S is becoming a normal sight in traffic; it’s just another sedan. A particularly quiet and environmentally friendly one, granted, but a workaday four-door nonetheless.

In Russia, on the other hand, a Model S attracts the attention of pretty much everyone. Tesla doesn’t do business there, so when Dmitry Grishin — the wealthy 35-year-old entrepreneur behind internet mega-portal Mail.ru — navigated hell and high water to bootleg one into Moscow, his hard-fought prize made the cover of Автомобили magazine. Over 600 of the 3,000 employees at his company signed up to test drive the car in a rented lot. “They’re all geeks, programmers,” Grishin says. “There are a lot of technology enthusiasts here. I see many people… you know, I have a huge amount of people in Moscow who just try to come to me to ask to drive the car. Many friends, technology entrepreneurs.” 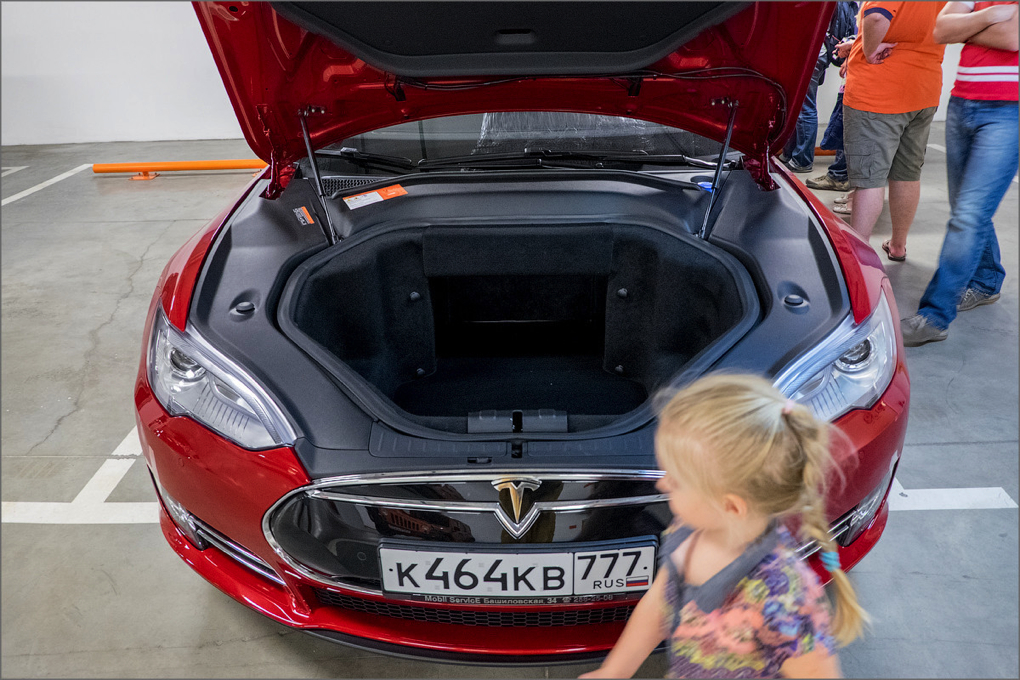 Most people would bristle at the thought of a never-ending queue of people waiting to drive their personal car, but not Grishin. In fact, he’s probably Tesla’s biggest cheerleader in Russia, having navigated five months of ordering, waiting, transporting, paperwork, and red tape, just because he really wanted a Model S. "First, what I did, I created a small team of people who helped me to bring the Tesla to Moscow, because we have logistics, legal stuff, how we cross the Russian border, and all this stuff." (Yes, a small team.) He’s not sure if he had the very first Model S in the country — there are many rich, motivated people there, after all — but he knows it’s one of the first.

Grishin’s journey started in Amsterdam last January, where he ordered the car (when I ask him how he configured it, "full" is his one-word answer). After taking delivery in mid-May, he spent three weeks moving it through the Netherlands, Germany, and onward to the Russian border, where the fun with customs began. "It was very funny stuff, because pretty much they don’t have this car in their databases," he chuckles. "If you see some policeman who see the car driving, they spend a lot of time looking at it. It’s a very fun exercise for them to see how this works: ‘Is it really true? They’re driving without gasoline?’"

"I put Tesla Model S in Russian databases," he says, "Next time people will bring it to Russia, it will be a little easier." 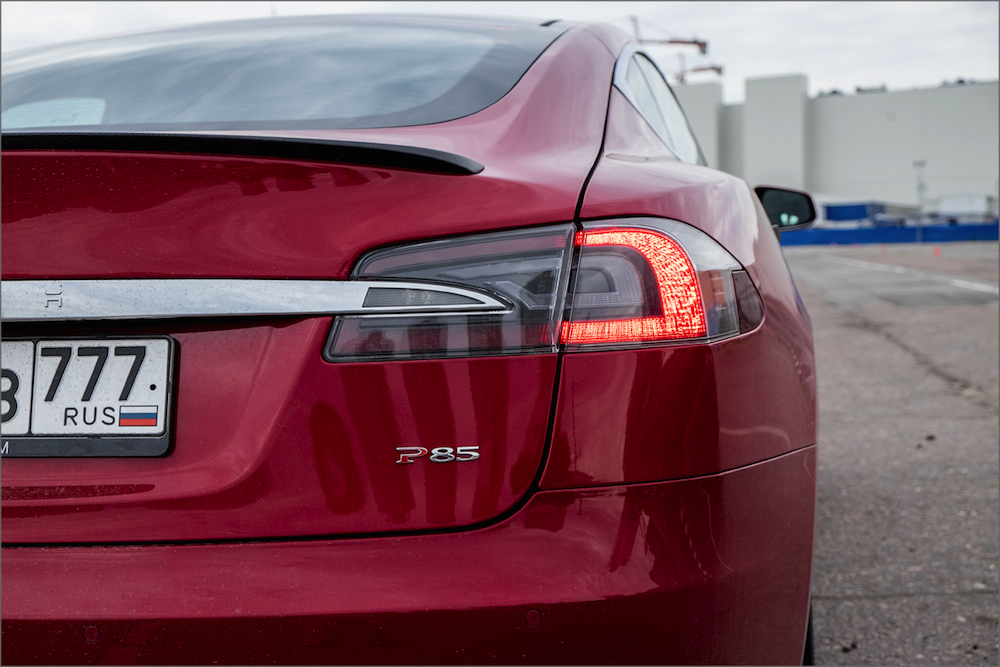 By the time the car was safely in Grishin’s hands in Moscow, he’d paid ₽6.5 million for it — roughly $180,000. That compares to about $110,000 for a fully-optioned Model S P85 in the United States. Yet Russia — and Moscow in particular — is more EV-friendly than you might think: Grishin says that a February law change eliminated a 15 percent auto import tax for fully electric vehicles. In Moscow’s city center, a notoriously difficult and expensive place to park, EVs park free. Nissan Leafs are available in the country, but Tesla’s aggressive international expansion hasn’t yet found its way to Red Square. "I spent a lot of time talking with Tesla Europe, saying, ‘Guys, I’m ready to bring Tesla to Russia. I’m the owner of one of the biggest news portals in Russia, so we can do a lot of promotion. I’m a big fan of the car,’" Grishin says.

"They’re not saying no, they’re just saying they’re in the process of reviewing things for future expansion. And you know, I really believe it’ll be really cool if they can come to Moscow. I can help, I can personally invest money to help them build this. I believe it’s a really good car, and a big market."

Of course, getting the car into Russia is one thing; charging and maintaining it there is quite another. He's installed three chargers in his company's parking lot, but none at home — with his roughly 25-mile commute, he doesn't need one there. He can’t find a company that will insure the car against damage, because no one in the country knows how to fix it. If he has minor problems, he says he'll just try importing parts and taking care of it locally. For major issues, he's confident he can ferry the car to Stockholm via St. Petersburg on a single charge, as long as he uses trains and boats along the way. Because Tesla’s cellular data connection doesn’t work in Russia, Grishin connects the car to his iPhone in hotspot mode whenever he’s driving.

"Some are saying that maybe Tesla is buying me off... I say no, I just really want to help."

Grishin, who compares the Model S’s importance to that of the original Apple iPhone, isn’t shy about his nerdery. In my half-hour chat with him, he mentions his frustration that Google doesn’t support his Glass in the Russian market and gets audibly excited when talking about upcoming plug-in hybrid cars from Porsche and BMW. Besides helming Mail.ru, he recently founded Grishin Robotics, a venture capital firm focused (naturally) on robots.

But today, it’s not internet portals or automatons that has this new-age Russian multimillionaire excited — it’s evangelizing electric cars in one of the last industrialized markets in the world to get them. "Some are saying that maybe Tesla is buying me off, working on commission because I make so much noise about Tesla in Russia. I say no, I just really want to help. I hope somehow it will help bring Tesla to Russia."