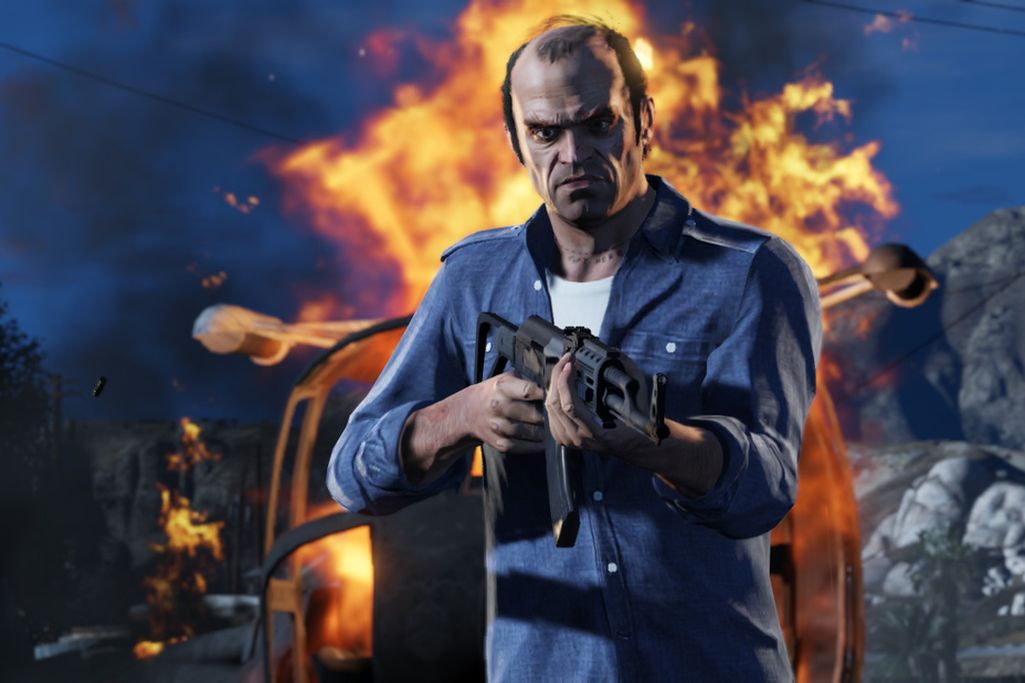 Earlier this year, I passed on buying Watch Dogs, a game I had been tentatively excited about for over a year. There were a lot of reasons for this, but one specific plot point clinched it: Aiden Pearce was yet another man motivated by villains killing a woman (or in this case, a girl) he cared about. Arthur Gies' review in Polygon confirmed my growing worries, writing that "female characters in Watch Dogs are victims, to be kidnapped or murdered in the interest of plot or character motivation, and are almost all overtly sexualized."

The general concept (originally identified in comics) of female characters being killed in order to motivate a male hero is known as "women in refrigerators," and it's one of many similar narrative devices discussed by one of the internet's most harassed women, Anita Sarkeesian. Since announcing a gaming-specific version of her "Tropes vs. Women" series on Kickstarter in 2012, she's been the subject of constant vitriol and a level of conspiracy theorizing that most people reserve for assassinations and lizard people. Earlier this week, she temporarily left home in response to a particularly specific death threat. Sarkeesian's individual examples are fair game for debate, but the overall feeling seems to be that by identifying tropes like the dead girlfriend or damsel in distress at all, she's trying to destroy what makes video games enjoyable. Here, from our comments section, is a concise distillation: "Why is it video games need to be politically and societally correct? The whole point of video games is to escape reality and have fun."

If that's the goal, games like Watch Dogs are failing horribly.

You know what's not escapism? Having to wonder if any given game (or movie, or book) you pick up is going to include women primarily as prostitutes, murdered girlfriends, vulnerable daughters, and rape victims. I would love to have been able to play BioShock Infinite as an actual power fantasy instead of a story about a naive woman who, despite having literally world-changing powers, spends the game throwing health potions to a man. When Grand Theft Auto V comes to PC, I’m going to have to decide whether I’ll enjoy playing something where the people who look like me are brutalizable eye candy, not the ones hijacking cars and pulling off heists.

Oddly, when someone raises these issues, the people who have been stridently defending their games as "just games" switch to explaining why having women in other roles is unrealistic. A gritty, stylized world built on the corpses of women is defended as a way for gamers to escape from reality, but if someone points out that it makes them uncomfortable, they’re told that they’re supposed to be uncomfortable — after all, it’s just showing how the world really is. When my colleague Andrew complained that the female characters in GTA V had minor, one-note parts, someone explained that this was natural because "there are no women pulling bank heists or cold killing people on a massive scale in real life." If your first instinct was to mention Bonnie and Clyde, that’s beside the point. Nobody on earth is randomly hijacking cars in broad daylight and running over hundreds of pedestrians.

Games with realistic stories are still built on unrealistic mechanics and stylized environments — I’m not going to complain that Gone Home can’t talk about relationships because the protagonist doesn’t have to eat or sleep. But most action games are about pulp, not nuance. The Grand Theft Auto series is, overall, a broad pastiche of pop culture, and the tropes people like Anita Sarkeesian call out aren't "realistic." Prostitution is real, but a game that erases all women except prostitutes wouldn’t reflect our world. Realism is as much about what you leave out as what you put in, and an unfortunate number of games pare down the feminine experience to nothing except sex, childbirth, and vulnerability.

If you’re an author, writing down what you see is harder than riffing off things other people have already made, and even what we see is filtered through our preconceptions — in one of the best essays about writing I’ve ever read, author Kameron Hurley explains this idea with an extended metaphor involving llamas. If you’re playing a game, you’ll usually judge the story more by what you’ve seen in other media than by any real-life point of comparison. After a while, it becomes easy to say that something is unrealistic because you’ve seen it written differently elsewhere. Women in video games should be damsels and whores because damsels and whores are what women are in video games. There can't be female player characters in GTA because the movies GTA is aping didn't have female protagonists. It's a lazy, conservative, and boring way to think, no matter how much you dress it up by saying you’re writing about "the concept of being masculine."

The problem isn’t that these things are unique to video games, or that they’re universal in them. The problem is that they’re considered unremarkable and crowd-pleasing, and that they single out one group in particular for treatment as helpless background decoration while telling that group that it’s okay because male characters die too (in very different contexts.) And it’s not as if there are no blueprints for changing it. One of my favorite elements of the Fallout games and the original BioShock is that they include female enemies who you fight the same way as male ones. They’re paper-thin as characters, but they’re people with agency, not victims that exist to move the plot forward and provide titillation. They’re people that you, the player, meet as a relative equal.

The AAA gaming industry Sarkeesian is criticizing is no longer the undisputed face of gaming. There are a profusion of small, nontraditional titles, whether you want to call them "indie games" or "outsider games" or "queer games" or "games that don't take hundreds of people to make." There are casual and social games that, for all the derision they receive, are frequently well-designed and enjoyed by hundreds of millions of people. If your only goal is games that don’t demean women, there are other places you can go, and increasingly, people are heading towards them.

If you don't like pandemics, you should move to the country

But saying that solves the problem is like saying New York shouldn’t have a public health department because "if you don’t like pandemics, you should move to the country." I want the same thing Sarkeesian’s worst critics profess to want: cool, stylized, action-packed games that tell interesting stories while letting you shoot things and cause mayhem. I just want them to stop operating by standards that were set when women weren’t considered human, for reasons that have little to do with artistic vision or overall themes. I want AAA games (and action movies, and pulp novels) to change because I love them, and I want to be able to keep loving them. I want to be a character in my own escapist fantasy, not a prop in somebody else’s.

Update August 28th, 4PM ET: As one might expect, sockpuppet accounts have been spamming the comments here with porn, rape threats, etc. Moderators are working on it; if necessary, we'll close comments altogether. I've seen some criticism of Sarkeesian's videos "silencing dissent" by not allowing Likes or comments, so I wanted to address this here beforehand: the internet is a big place. No one is stopping you from writing a response to my piece outside this thread, except maybe the Lizard Illuminati. Comment sections are not a public park, they're a crowded theater, and if enough people yell "fire," we're going to have to usher everybody out.