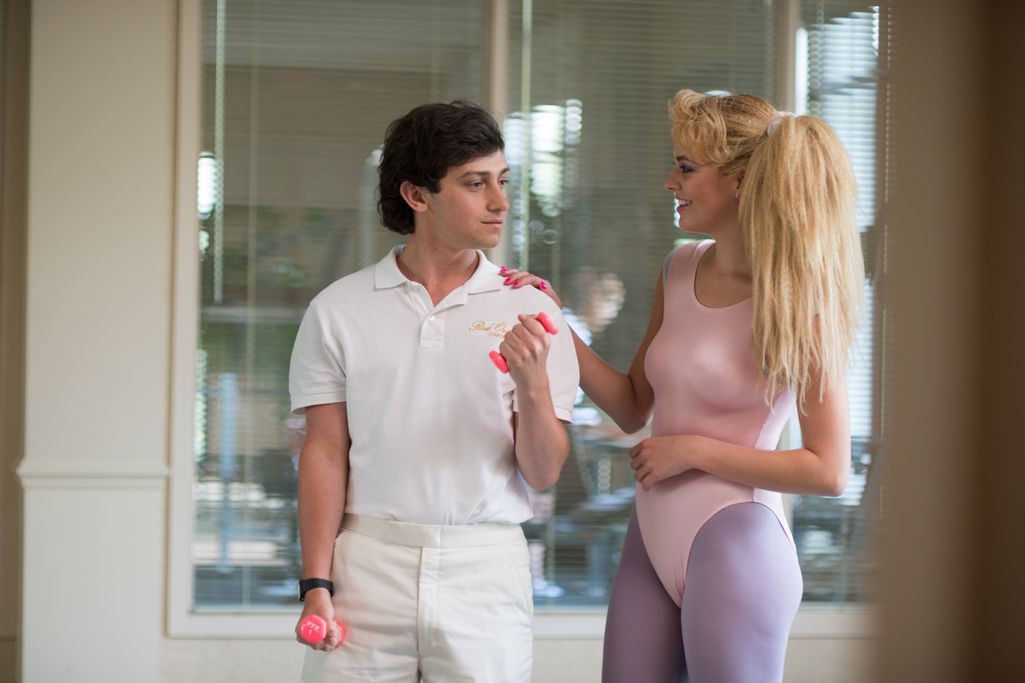 Today, Amazon Studios posted a fresh batch of five TV pilots as part of its year-old, semi-crowdsourced production efforts. This third season, which includes two hour-long dramas and three half-hour comedies, indicates a stepping up on Amazon’s part, particularly in terms of who’s behind the camera: this time around, the roster includes Shaun Cassidy, creator of American Gothic, Marc Forster (World War Z), and Steven Soderbergh, who in his return from “retirement" has really taken to the small screen.

As it’s done before, Amazon Studios is soliciting feedback from the pilot’s viewers and says it will use that input to decide which shows go on to produce full seasons — basically, a more transparent version of the big advantage companies like Amazon and Netflix have when it comes to measuring their users’ interest in real-time. As Bill Carr, vice president of digital music and video, has said: “data drives what we put in front of customers.”

So what did the data fairy bring us this pilot season? Like most TV, a couple duds and some promising starts — and a bunch of callbacks to other popular shows, which is what you would expect when you make things based on other things people like.

Here at The Verge, we’ve collected some data of our own: and by data, we mean we watched all the pilots and had some opinions about which ones should go to season. See below for our picks — Hi, Amazon! More of Ron Pearlman’s craggy forehead, please! — and our best guesses as to what the Great TV Algorithm picked up on that led to these shows.

Feels like: Someone's been watching a lot of True Detective and True Blood.
Should it get made? Absolutely, if it can manage to dig up a convincing female character or two.

Hand of God is everything great — and also completely terrible — about crime stories and revenge tales. The set is familiar: it has a sort of Southern Gothic thing going on, with big mansions, seedy restaurants, and a church that doesn’t look like it’s anywhere near God; something here is deeply, dearly wrong.

The pilot follows a judge, played by Sons of Anarchy’s Ron Perlman, who breaks down and starts to believe that he’s receiving messages from the divine beyond, and fairly violent messages, at that. The main character is basically a psychopath, but Perlman plays it a quiet, nervous way that’s oddly captivating, even for how questionable his actions are.

That’s good, because Hand of God starts out in a place that’s over-the-top and hard to buy into — like, imagine if you were dumped into Breaking Bad right as a crazed late-season Walter White was speeding into the desert to dig up all his money. This show moves quick, and you’d better catch up.

That it throws everything it’s got at you right away at first seems like a crutch, but that madcap nature turns out to be one of its greatest strengths. And you know what? The show isn’t propelled by how devilish the judge’s blood-soaked decisions are, but rather the judge’s strange, childish conviction, even as everyone around him displays doubt.

That said, there are some serious issues that the show has to deal with if it does move forward. Most notable of those is its portrayal of women, who, in this first episode, are defined exclusively by their statuses as either victims or sex objects. It’s pretty bad: one woman, inexplicably, grabs a guy’s crotch in order to threaten him. This show is all about men — uncomfortably so — and it really needs to fix that. If there’s one thing it shouldn’t rip off from the occult southern dramas that came before it, it’s the misogyny.

Still, if any show is going to continue from this round of Amazon pilots, it should be this one. Hand of God manages to build a convincing world, set up a series worth of drama, and introduce a full cast of distinct characters. We’re by no means sold on it being The Next Big Thing, but it’s definitely the one with potential to grow the most.

Feels like: Two parts Caddyshack, one part Dazed & Confused, with a sepia Instagram filter thrown on top.
Should it get made? Yeah, sure. We dig tube sock.

Red Oaks, directed by Sundance winner David Gordon Green and produced by Steven Soderbergh, follows a teenager (Craig Roberts) who rebels against his daddy by getting a job as an assistant tennis pro at the Red Oaks Country Club. They year is 1985. The place is Jersey.

The show feels exactly like the sum of its collaborators’ parts, with an extra added dash of nudity and profanity (this is, after all, from the director of both Pineapple Express and Eastbound and Down). Compared to some of the other Amazon pilots in this round, the characters here are well-defined. It’s not just that this pilot had us actually laughing — it’s also that the world of Red Oaks is fleshed out (and well-shot) enough that we can see a full season’s worth of potential material.

Feels like: If they made a pilot-length DARE ads about the dangers of snorting GIFs, like the idea of the #hateread finally jumped to television
Should it get made? Absolutely not, think of the children!

A crack team of white girls stumble upon a freaky virus that causes one of their ranks to convulse wildly; naturally, someone films it, and obviously, it’s transmitted through social media — and by "social media," we mean what looks like an AIM client from 2000. Sure, the premise looks like it was originally inspired by a real news story but with these absurd caricatures of teens the show is actually too hysterical itself to watch.

Feels like: The League, only without fantasy football or really any laughs. But there are married people in Chicago.
Should it get made? Not really.

Written by, directed, and starring Jay Chandrasekhar (Beerfest, Super Troopers), Really is about four couples live in suburban Chicago "trying to grasp onto their dwindling youth," according to Amazon Studios. It’s a mishmash of themes that don’t fit together: sometimes jokey, more often than not dark and uncomfortable. But it does have two Scrubs alum (Sarah Chalke and Travis Schmidt, who played her season five boyfriend Keith Dudemeister), so that’s cool. And yes, people do occasionally say "really?" on the show.

Feels like: Girls, but for guys.
Should it get made? Whatever, sure. All of this will be gone one day, anyway.

Cosmopolitans is a show for wistfully romantic dudes who have always dreamed of traveling Europe and falling in and out of love and drinking a lot of wine and pretending to be Hemingway but never actually get close to doing anything like that. It has the right ideas (and often the right jokes), but the acting and directing here just can’t keep up. It could get there… but it needs some work.