Instagram was always one of Twitter co-founder Jack Dorsey’s favorite apps. The story goes that Dorsey just barely missed his opportunity to acquire the company, which had seemed to be such a natural fit for Twitter. But two years after being acquired by Facebook, Instagram is starting to look more and more like the big brother it almost had. 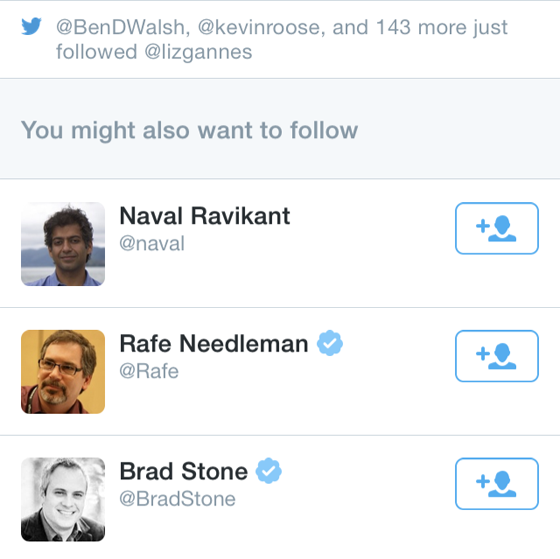 The company has also recently been quietly revamping its Explore tab. You may have noticed that friends of friends and even your favorite dog breeds have started showing up there. In short, the Explore page is no longer a joke. It’s actually useful, and echoes the utility provided by Twitter's Discover page. Tap on a photo and you might see suggestions "based on people you follow" below it. Tap on another and you might see what's "popular in your country."

These recommendations are also built on algorithms, and even stem from specific hashtags you might have liked, such as #ShibaInu. On Instagram, as with Twitter, hashtags are the name of the game — a simple way to index your photo to the rest of the world. Now, Instagram is finally taking advantage of the enormous index of hashtags its users have created. It’s easy to imagine a future where Instagram, like Twitter, promotes World Cup content or fashion week content to the top of Explore.

Instagram is a great way to post photos of your daily life, but to many, Instagram has taken on a much larger, more vital utility. Like Twitter, Instagram has become an essential way to follow the lives of celebrities, albeit with greater fidelity. On Instagram, every post is a photo. This is important, because many studies report that photo posts receive more engagement than text posts. On Twitter, for example, marketing firm Shift claims that "pic tweets" result in five times the engagement of text tweets. Celebrities flock to the platforms with the highest number of fans and the highest engagement.